The 5 Most Unusual “Antlered Does” of All Time

Some folks call them hermaphrodites while others swear that they're antlered does. Here are five of the craziest-looking "antlered does" we've seen in recent years 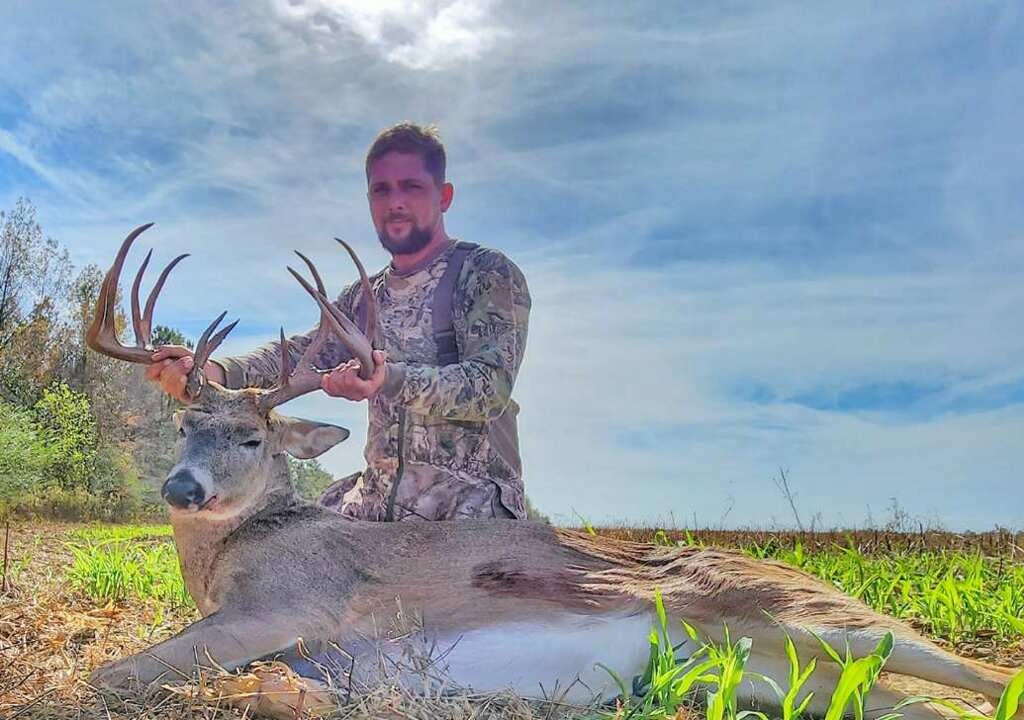 Every year, we see a fair amount of “antlered does” tagged by hunters from all over the country. These unique critters have antlers—sometimes some pretty nice ones—but no visible male sex organs. While the possibility of a true female deer growing antlers does exist (adrenal glands are sometimes capable of producing antlers, though they usually remain covered in velvet), the majority of the “antlered does” that readers send us are actually hermaphrodites.

These are deer that possess both male and female organs. While the male glands capable of producing testosterone might be present in a deer, they’re growing internally and not visible to a hunter. And of course, by the time the deer is field dressed, it’s usually too late to identify any trace of male “plumbing”, assuming the hunter had the skill to do so. At any rate, we’ve lined up some of the top hermaphrodites, or antlered does, or whatever the animal in question happens to be, that we’ve ever seen.

Virginia bowhunter Earl Phillips was elated to arrow his biggest buck to date on Nov. 20, a fine 8-point buck…that had no visible male organs. Phillips consulted with a federal biologist, who thought the deer may be a true antlered doe, but when F&S contacted the National Deer Association (NDA) they were less convinced. Antlered does rarely produce enough testosterone to complete the velvet-shedding process, and this was obviously an animal in hard-antler…so it was probably a hermaphrodite.

While many “antlered doe” stories typically involve deer with modest racks, Justin Buchanan’s 14-point Georgia deer came close to topping the 160” mark. Buchanan made a 300-yard shot on this gorgeous whitetail, then walked up to his trophy to discover no male genitalia. It’s almost certainly a hermaphrodite, as a doe growing such a beautiful rack is highly unlikely. By the way, I checked with a couple of B&C measurers, who were seriously evasive about whether an “antlered doe” would be allowed in the books. So if you kill a giant like this, don’t mention its apparent lack of manhood to anyone with an official tape measure in their hands.

Steve Johnston got a close enough look at this deer to know that it was an oddball, and since his wife was looking to do something artistic with a whitetail skull mount, Johnston shot the animal and prepared to tag it with his buck tag. Then he noticed the lack of male plumbing. The local warden informed Johnston that, testicles or not, the deer should wear the buck tag. But the NDA’s Lindsay Thomas said the deer may indeed be an antlered doe with some internal deformity that resulted in increased testosterone levels.

Most hunters are completely surprised when the “buck” they shoot turns out to be something else entirely, but not Sam Perotti. Perotti started getting trail cam pictures of an odd-looking buck on his 400-acre lease in northeast Missouri, and he suspected the animal was actually an antlered doe. Those suspicions were confirmed when Perotti shot the whitetail during the state’s rifle season. While the animal sported a 150” rack with 16 scorable points, it had no visible testicles. Missouri DNR deer biologist Jason Isabelle felt the whitetail’s hardened antlers probably indicated a hermaphrodite or semi-hermaphrodite deer.

Multi-season campaigns for an antlered doe are almost unheard of, but that was precisely the case when a Kansas bowhunter focused his efforts, for six years, on a strange deer he nicknamed “Bootsie.” In addition to having several close encounters with the whitetail over the course of five years, Dave Powell also found some of the “buck’s” sheds. Finally, on a late-September hunt last fall, Powell made a killing shot on the deer and while field dressing the animal, discovered both male and female sex organs. This true hermaphrodite is one rare trophy indeed.