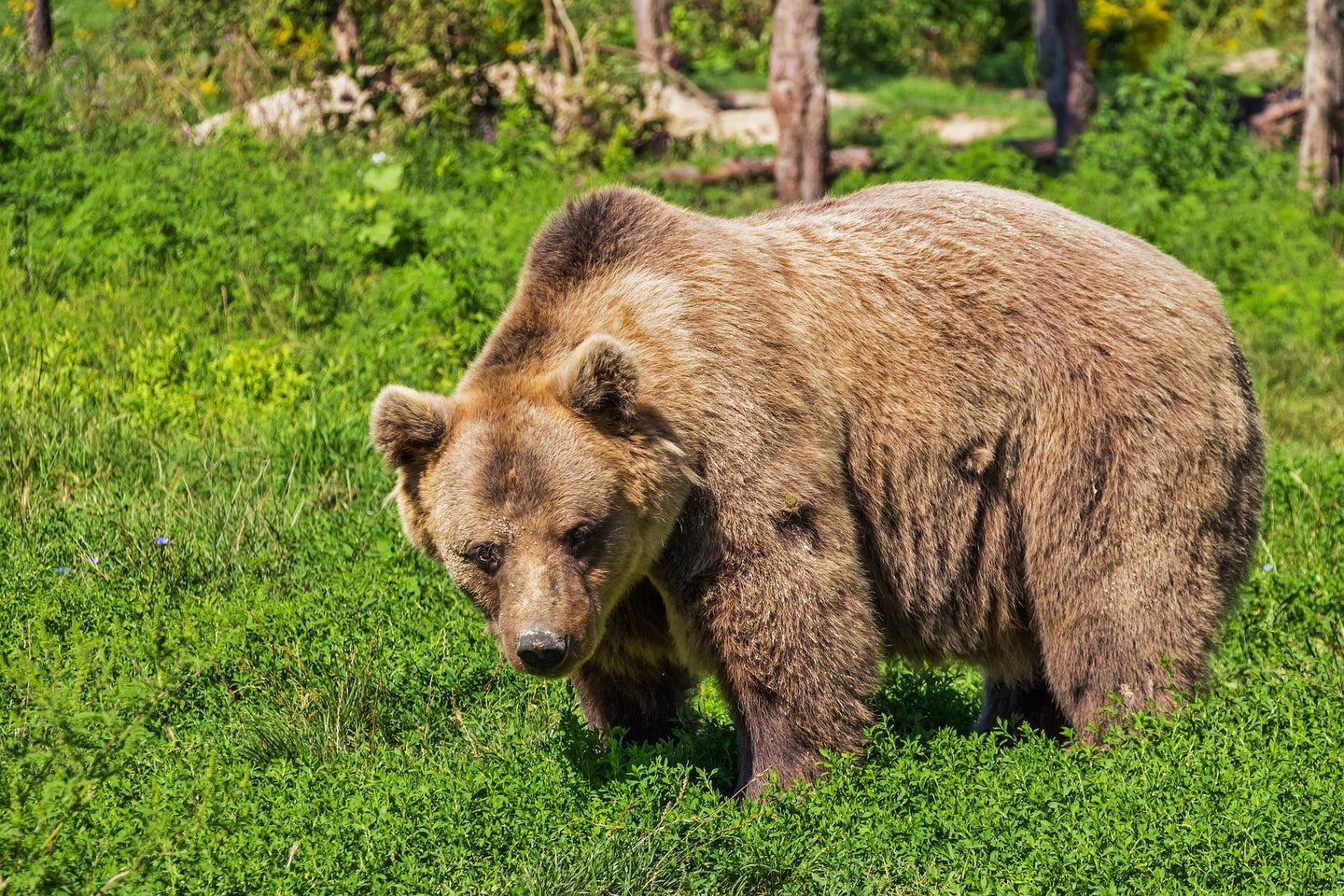 An Alaska man was lucky to escape a brown bear attack with his life in Cooper Landing, Alaska. The man was hiking the popular Kenai River Trail with his 13-month-old border collie this Sunday, June 27, when he encountered a brown bear sow and her two cubs. The man’s dog chased the bears and provoked the mother grizzly to charge.

“The hiker reported that he was bitten on the arm by the bear, and he then entered the Kenai River,” writes Alaska State Troopers in a public online dispatch.

The bear jumped into the river and chomped down on the man’s shoulder before retreating back to land. The man, whose identity has not been released, was carrying bear spray but did not have time to use it. He returned to the trailhead before EMS transported him to a nearby hospital for non-life-threatening injuries. The dog is still missing. Hikers in the area are asked to call (907) 262-4573 if they see a border collie on the loose in the area.

Unprovoked brown bear attacks are rare—but this incident seemed to have been clearly provoked. And mother sows are known to be protective.

“Bears really notice dogs,” says John Neary, the director of the Mendenhall Glacier Visitor Center in Southeast Alaska, in an interview for Alaska Fish and Game’s “Dogs and Wildlife” page. “Barking or not, the bears feel threatened by the dogs. Mother bears are especially attuned to [them].”

Allowing your dog to harass wildlife is illegal in Alaska—and most other states. The Alaska Department of Public Safety did not release any official charges filed over this incident and say that the investigation is still in the early stages. Law enforcement agencies were not able to locate the sow as of Monday afternoon.

This incident follows a spate of recent dangerous bear encounters in the area. Earlier in June, a bear attacked two people camping on the shore of Skilak Lake, which is within spitting distance of where the most recent attack occurred. Additionally, a group of bears charged a women off of a hiking trail near Butte, Alaska. She was unable to relocate the trail and went missing for over 24-hours before being found.

“This is one incident, but this is Alaska and all of Alaska is bear country,” says Kenai National Wildlife Refuge Ranger Leah Eskelin to the Anchorage Daily News. “People hiking on trails should be cautious and prepared for a potential bear encounter.”