Are Single-Bevel Broadheads Better or Just a Fad?

Strong, heavy arrows are a good thing, but do single-bevel broadheads work for everybody? 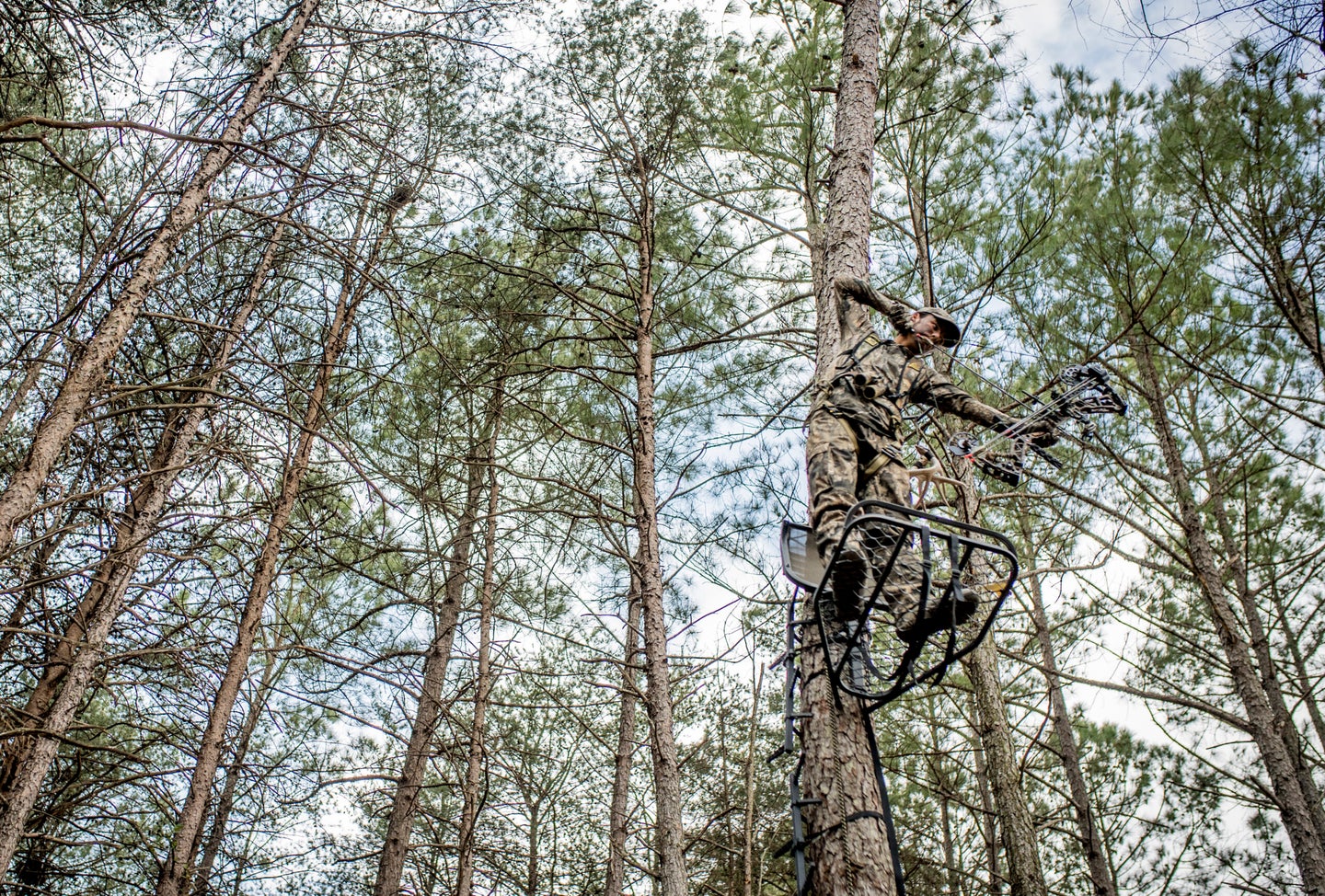 No matter what kind of broadhead you use, shot placement is key. Realtree
SHARE

Hunters are many things. Immune to the power of a trend isn’t one of them. Whether we want to admit it or not, hunters aren’t terribly different from the rest of the population. We tend to be influenced by things we see and hear, and we all have some desire to be part of the “in” crowd. For proof, look no further than the move away from light, fast arrows to heavy, stout shafts that deliver more kinetic energy downrange.

Along this path, is a newfound affliction for fixed-blade broadheads with a particular focus on single-bevel, single-piece heads. Prior to the social media chatter and attention on single-bevels from bowhunting-focused outlets, I’d wager that a hefty percentage of bowhunters had no idea what a bevel was as it pertained to broadheads, let alone that the heads they’d been using for years likely had two of them.

What Is A Single Bevel Broadhead, And Why Do Hunters Like Them?

Today, you can’t have a conversation about the best broadhead without getting an earful about the merits of the single-bevel design. I won’t rehash all of the details but here’s a condensed summary of the topic:

Single-bevel heads are usually made from stout, thick steel. They’re generally heavier than “standard” heads (125 grains being on the light end of the scale). The blade design causes a spiral-type wound channel because the blades will turn as they penetrate—increasing the odds of splitting any bone it encounters.

None of the above, on its own, is bad. In fact, it’s pretty desirable. Who wouldn’t want to shoot a head that’s strong, stout, and capable of turning the dreaded shoulder shot into something less so? The problem is, no broadhead contains magical powers. And the single-bevel brings with it some issues that are too often overlooked. The most important being that shot placement matters, and it matters a helluva lot.

Before Single Bevels, Mechanicals Were The Hottest Thing Around

Remember the not-so-distant days of the giant mechanical broadhead? When 1.5-inch cutting diameters seemed too puny to drop a deer? Admit it, when mechanicals were first introduced, you were intrigued. Bad shots happen, and the thought of a massive cutting head gave a lot of hunters a sense of security. One could argue that the interest in mechanical broadheads was less about their lethality, and more about the benefit a giant blade might give when you don’t make a good shot.

Today, in the single-bevel conversation, the focus is often on increased penetration and the ability to drive an arrow deeper if it encounters hard bone. My question is this: Are you intentionally shooting deer in the scapula? If so, good luck with that heavy arrow and single-bevel head. Most of the time, I bet it’ll work out. But what about those times when it doesn’t? Will it be the fault of the broadhead?

The move towards heavier hunting arrows and strong fixed-blade broadheads is a good thing. Stout, fixed-blade broadheads do perform better in my experience. Shot placement, however, is far more important. I wonder if we’re focusing too much on the type of broadhead and too little on the fact that just about any broadhead placed where it should will not encounter heavy bone. It will not require massive amounts of energy for penetration. It will leave an adequate blood trail, and that trail will be quite short.

An overlooked requirement of most single-bevel (and, to be fair, dual-bevel heads that feature non-replaceable blades) is sharpness. Fixed-blade heads made from quality steel can be honed to a wicked edge only if you know what you’re doing. And that “if” is where the rub lies. Most bowhunters can’t do it. I’m definitely one that cannot. It’s not for lack of trying. I’ve tried and tried to become adept at putting a fine edge on metal and have achieved only moderate success whether it’s on a knife or a broadhead.

I wonder how many bowhunters who have jumped on the single-bevel bandwagon can actually work the blade into a hunting-sharp edge. I also wonder how many understand that truly sharp edges don’t stay that way for long and maintenance sharpening is required, even for heads that have done nothing but sit in a quiver for a couple of weeks.

Solid Broadheads Can Change The Way An Arrow Flies

Arrow flight is another area of potential concern. Broadhead companies went away from solid, vent-free broadheads for a reason: Accurate arrow flight is easier to achieve when the front of the arrow isn’t being steered by the broadhead.

From a well-tuned bow, arrow planing shouldn’t be much of an issue. But In a bow that’s even slightly out of tune,  planing can be a major hurdle to clear. Bowhunters who choose single-bevel heads are going to need to spend time to make sure their bows are tuned to the level of precision required for solid, ventless broadheads. It’s the only way to achieve repeatable accuracy.

I’m a pretty good bow tech and can tune a bow, but I still favor the slightly more forgiving aspects of a vented broadhead. And since I know I can’t sharpen an edge to save my life, I opt for broadheads with replaceable blades that come ready-to-go, right out of the package. Not every broadhead with replaceable blades can make that claim, and you can bet that I’ve spent a fair amount of time testing, researching, and vetting those that do.

Single Bevel Broadheads Are Right For Some, But Are They Right For Everybody?

I first started hearing about the merits of single-bevel heads from guys in the world of traditional archery. Outdoor Life contributor Tyler Freel should be credited as one of the first to shine a national spotlight on them again. I’ve spent some time with Tyler and have tremendous respect for his understanding of bowhunting. The guy hunts grizzlies. From the ground. With a longbow. If there’s anyone to listen to about arrow penetration, it’s him. Tyler also has a set of skills few others can lay claim to and sharpening broadheads is one of them. For him (and others with that skillset), the single-bevel movement makes all kinds of sense.

But does it make sense for the “average” bowhunter? Perhaps I’m alone here and sharpening a blade is something that’s easily mastered. I doubt that though, given that blade-sharpening services seem to be quite popular.

Read Next: The Best Broadheads of 2021 for Compound Bow Hunters

There’s nothing at all wrong with the notion that heavy arrows and single-bevel heads can deliver increased penetration and lead to quick kills. They certainly do. Yet every deer I’ve ever shot with an arrow tight behind the shoulder tipped over within sight, no matter if I was using a fixed-blade or mechanical broadhead; a 45-pound recurve or a 70-pound compound. It’s when my shot placement wasn’t ideal that things started to get a bit unpredictable, and that will be the case regardless of which broadhead you decide to use.

For me, I’m going to stick with the trend I’ve been following for some time: I’m going to use a broadhead that is razor-sharp out of the package, flies true from my bow setup, and has proven to be durable and effective. Here’s hoping that’s a trend every bowhunter can get on board with.