The number one reason hunters don't kill deer is because we can't stop fidgeting, shifting, repositioning, and fiddling with our phones and cameras 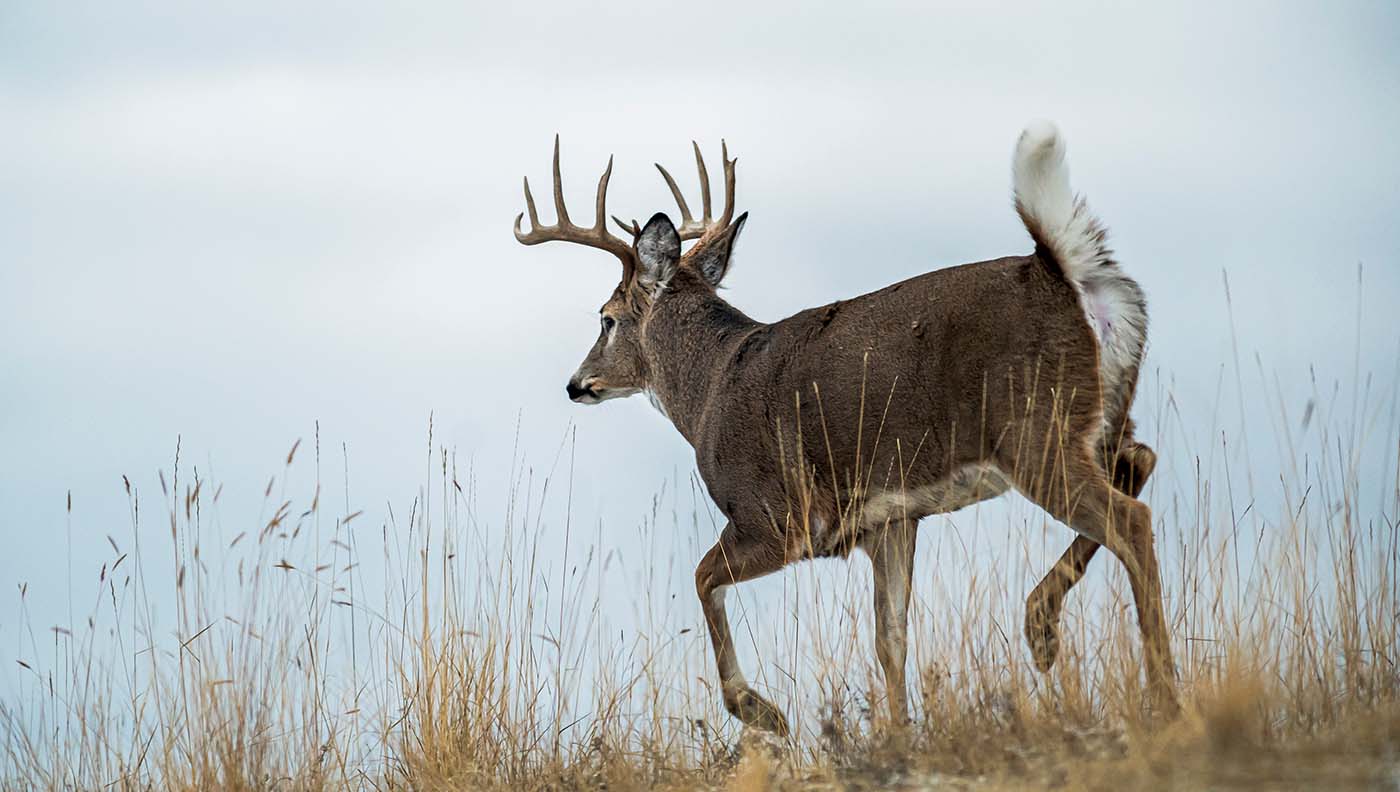 A spooked buck heads in the wrong direction. Did you move?. John Hafner Photography
SHARE

Modern hunters are equipped with knowledge and advantages that were unfathomable just a couple decades ago. We have trail cameras that text us photos the moment a deer walks by. We strap ozone-producing devices to our stands in hopes of thwarting a buck’s nose. Crossbows that’ll heart-shoot a whitetail at 80 yards have been welcomed into archery seasons, and scoped muzzleloaders that’ll group bonded bullets into a fist-sized target at 300 yards now have a home in primitive weapons seasons.

I’ve shared camps with riflemen who could quote the ballistics of multiple calibers off the top of their heads, and who would do so with ever-increasing enthusiasm, the more whiskey they drank. Some of these hunters head afield each time with heavy, target-style rifles, custom turrets on their scopes, and ballistic apps that make even 400-yard shots relatively easy.

And yet, year after year, critters continue to bust us and get away. How can this be?

As Hunters, We Ain’t What We Used to Be

After spending time in dozens of camps all over the world—and especially after a few years of outfitting whitetail hunters—I’ve come to realize that the modern hunter’s biggest weaknesses boils down to this: We are sh*tty woodsmen.

Many of today’s hunters cannot distinguish an oak tree from a sweet gum. If tasked with sneaking quietly through the woods, some respond by apparently seeking out the largest, crispiest sticks on the ground, and mashing their boot heels into them furiously. Some refuse to whisper, out of the belief that a buck’s grunt can be heard from 100 yards but a man’s normal voice saying, “That one’s a shooter!” cannot.

It gets even worse on stand. More than anything else—scent included—people get busted by deer because they won’t sit still. It’s so important that I do an orientation before every hunt, during which I stress the simple importance of not moving until the moment is just right.

“Do not stand up to get your bow if a deer is 40 yards away with its black eyes burning into your soul like a pair of 8 balls,” I say. “Do not try and self-film your hunt, unless killing a deer is of no importance to you at all. Do not sit in your stand with headphones on, watching a ball game and slapping your leg in angst when your team is down. Avoid taking tree-stand selfies. In fact, I encourage you to disable your Instagram altogether for the week. Turn your ThermaCell on before the sun goes down, because the deer start moving just about the time the mosquitoes wake up.”

I admit that I used to get insulted upon arriving at a camp and hearing an outfitter explain such rudimentary things to me. But now I understand the why of it, because at the end of the first hunting day, sure as the sun sets, I’ll be dispensed criticism from a hunter who has spooked deer by the double digits and then blamed it entirely on my stand placement.

Take a Lesson from Thomas, the Godliest and Killin’est

It all reminds me of the frustrations of a Texas hunting guide named Thomas, whom I met years ago. Thomas was a godly man, with such a close relationship with the Lord that he could curse freely while reciting prayer. I know this because he pulled me and a few others aside prior to an evening hunt to ask for our safety and also mention to Jesus that he “did not agree with this damn government, but trusted Him to guide us to what was right.”

The outfitter, Greg, who employed Thomas said that he was the “killin’est guide he’s ever seen.”

Thomas was good-natured right up to the point that someone spooked a deer. When that happened, he’d tilt a shiny bald head toward you and squint two angry eyes from behind his glasses. Initially he would remain silent, but that changed if you pushed him far enough.

We were filming that particular hunt. A lot was on the line, and our crew afield was larger than is ideal while deer hunting. My buddy Drew—a wounded veteran—had the tag. Thomas was there to ensure Drew shot the right buck. Matt, the videographer, was to document it in stunning high definition. I was along to host the video for Field & Stream.

We spooked a good buck first thing that morning. Maybe it was because four of us were crammed into a brush blind, 70 yards from the feeder, and whatever scent and noise we’d have made was quadrupled. Maybe it was because Thomas and I were both glassing the buck as it strolled in, declaring “that’s the somb*tch we’re after right there.”

But were you to ask Thomas, to this day, he’d have said Matt the videographer spooked that buck while messing with the focus ring on his camera lens.

Whatever the reason, Texas deer generally aren’t as finicky as in other places. But that one made as dramatic of an exit as I’ve ever seen a whitetail buck make, anywhere. Apparently, an entire bachelor group of other bucks, including some bigger ones, was lying in wait just inside the brush, too. Our buck slammed into them like a nuclear fission, and snorting and white flags and bounding racks could be observed for some time as they scattered across the Texas Hill Country, abandoning their home ranges forever.

Thomas didn’t say much. Not right away. But when we settled into a different blind that afternoon—early, so as to have plenty of time to get ready—I could tell by looking at him that he had something on his mind, and had been awaiting just the right moment to bring it up. As Matt settled his tripod, pointed his lens toward the feeder, and adjusted the gain on his camera, Thomas suddenly lashed out, yelling across me that if Matt “didn’t sit &%&#ing still, he was going to take that camera and beat the sh*t out of him with it!”

Drew, the hunter, cocked a glance at me but otherwise did not move or speak. Matt shut his camera off, covered his lens with a cap, and said, “I’m through with this job.”

Thomas sat there next to me, squinting. I said to him, “Maybe let me do the talking with Matt, if you need to tell him something.”

And then to Matt I said, “Would you please continue filming, so we don’t blow this gig and I don’t lose my job? But also, maybe try not to move as much?”

And then to Drew, “You having fun, buddy?”

That’s close enough to how it happened, anyway, that I’ll call it the truth. And it all worked out, too, because Drew shot a hell of a good buck, and Matt’s video of the hunt was nothing short of outstanding. In fact, the videos won an award. And Thomas even specifically mentioned “good ol’ Matt, the cameraman,” in his next profane prayer.

Hunting seasons are opening in just a few days across the country, so don’t forget what I’ve said here, especially if you’re coming to hunt with me. As you’re readying the dope for your new rifle and cartridge, washing your clothes in scent-free detergent, and mapping a circuitous route to your tree stand online so as to keep from getting busted, don’t forget this fundamental advice.