The No. 1 Best Rut Stand for Whitetails—Period.

The best hunting of the whitetail season doesn't last long. Which means a lot is riding on where you sit. Make it a macro-funnel 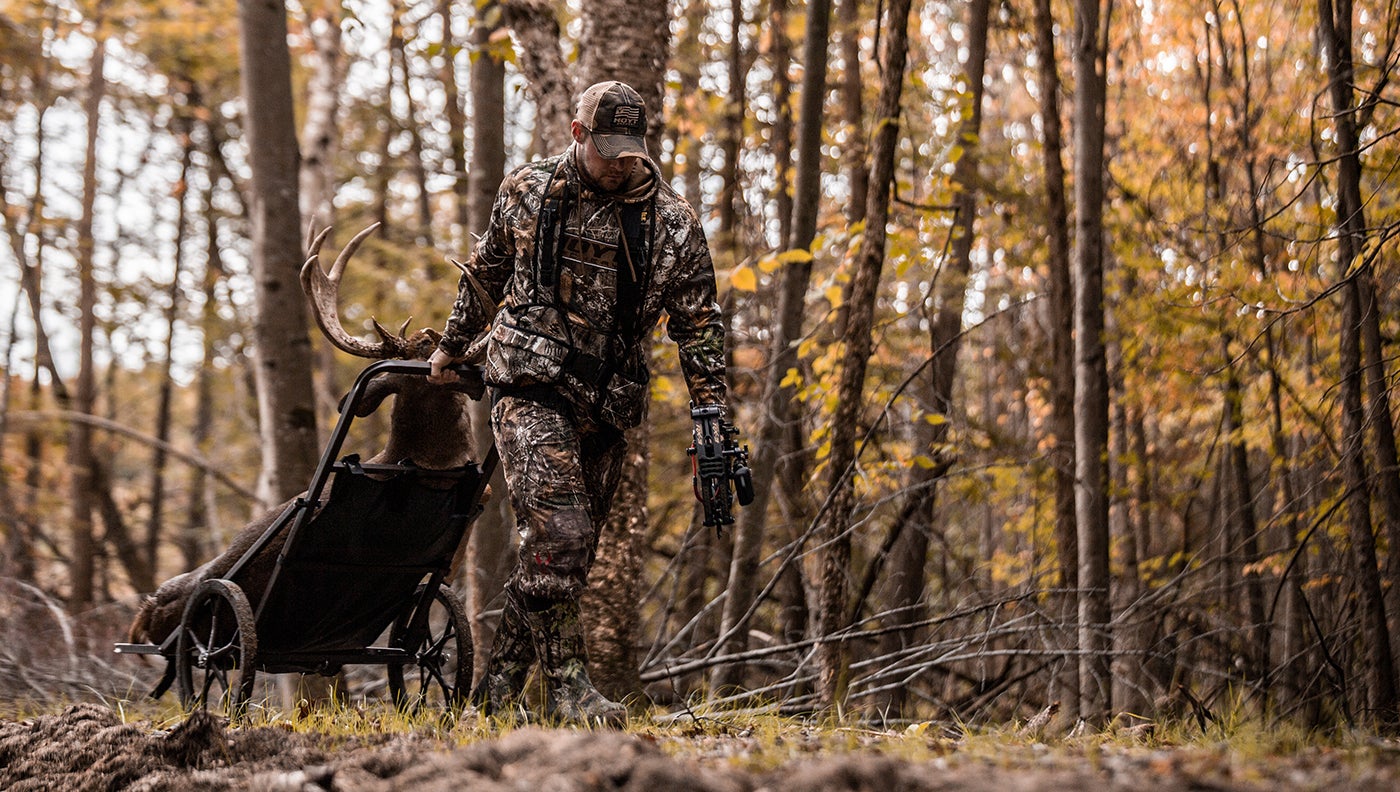 You many not see a lot of deer from a macro-funnel stand, but it's the best place to see the one you're after. Hoyt
SHARE

We wait all year every year for the rut. So, naturally, when it comes, we don’t want to miss any of the action. That’s why the big, burning question ahead of every whitetail breeding season and just prior to every morning and evening hunt all through the first few weeks of November is: Where should I sit?

There’s more than one good answer. There are doe bedding areas and do feeding areas. There’s the hottest buck sign. There are buck core areas, which even the biggest-running studs return to regularly all through the rut. These are all solid choices—but only one spot is the best. If you told me I had to sit in one sort of stand location for the entirety of the rut, first, I would do it gladly, and, second, it wouldn’t be any of the spots above. From the start of the seeking phase all the way through peak rut and pickup breeding, the No. 1 best rut stand of all is a macro-funnel.

In more than 40 years of deer hunting, I’ve spent hundreds of November hours in stands hung close to food, tight to bedrooms, and overlooking buck sign. And on a day-to-day, all-rut-long basis, none of them comes close to the productivity of a stand located in a major travel corridor to intercept bucks covering lots of ground.

We are all familiar with micro-funnels that channel deer movement in a specific area, like a low spot or opening in a fence, a creek crossing, or a hillside bench. But macro-funnels steer big-moving deer that may be coming from thousands of yards, if not miles, away. The best of them connect several key habitat features, like prime food, doe bedding and/or security cover, and buck core areas. Because bucks are running large and coming to and from these covers now, macro-funnels are the perfect places arrange a meeting. But first you have to locate them. So spread that big arial map across the table at camp or pull up OnX or Google Earth, and look for these three basic types of macro-funnels.

The classic example of a linear macro-funnel is a creek or river bottom. These natural travel corridors can channel bucks moving from several miles away. For example, I’ve taken a number of mature bucks from a tiny creek bottom that winds through so many miles of Kansas prairie, I’d be hard-pressed to add them all up. The swath of that tiny creek I have permission to hunt is no more than 15 acres, but I am sitting on the route of bucks coming from so many points on the map that literally any deer–even one that might run that bottom only a handful of times in a year–can show up on any given day. Like other creek and river bottoms across whitetail range, this is as reliable a travel corridor for deer as an interstate is for you and me as we drive long distances.

Of course, you don’t need a waterway to steer long-distance deer travel. Hedgerows, brushy fence lines, linear blocks of timber in farmland, and the edges along long swamps or cuts in the big woods can all have the same effect. So take a look at your map or mapping app and search for long corridors replete with cover that connect other prime habitat and you’ve likely have found a linear-funnel hotspot.

With these macro-funnels, it’s the lay of the land, rather than cover, that steers deer. Think ridges, saddles, benches, and the like. One of my favorite macro-funnels of all is what I call a “turkey foot.” Imagine three ridges coming together a certain point, and you’ve nailed down a spot where deer traveling through a system of habitat corridors converge in a single spot. Sit there long enough, and you’ll be monitoring bucks that come from near and far. Here again, your mission is to study the big picture, using the birds-eye view that satellite imagery gives you, then set up and be patient enough to be waiting for a buck when he arrives.

We called it the “Magic Tree” for good reason. The tall, arching silver maple stood as a sentinel among acres and acres of farm and CRP fields that extended in every direction. Of course there were weedy ditches and field edges and the occasional patch of brush within a few hundred yards of the Magic Tree, but for some reason, just about every whitetail traveling through that vast expanse eventually walked within easy bow range of the that tree. Like a beacon in a seemingly featureless landscape, that one key feature seemed to suck bucks in like a magnet.

It may seem like a bit of an oxymoron to call one tree a macro funnel, but it isn’t the size of the funnel that makes it “macro.” It’s the size of the surrounding area from which that feature draws in bucks. I’ve seen the same magnetic effect in other habitats, including a tiny spruce swamp surrounded by hundreds of acres of hardwoods, or a beaver dam that funnels bucks from vast stretches of big woods on either side. In other words, don’t just look for big, obvious funnels; also look for small, discreet features that pull bucks from all over the place.

One of the best things about macro-funnels is that once you find them and get a stand hung, these spots will almost certainly be good year after year during the rut. You may not see dozens of deer in macro-funnel, but they are still the No. 1 best place to be if you want to see the right one.