Surprise Release Vs. Command-Style: Are You Shooting Your Hunting Bow the Wrong Way?

Neither method is right or wrong. The key is to know which is right for you before the hunting season starts. Here's how 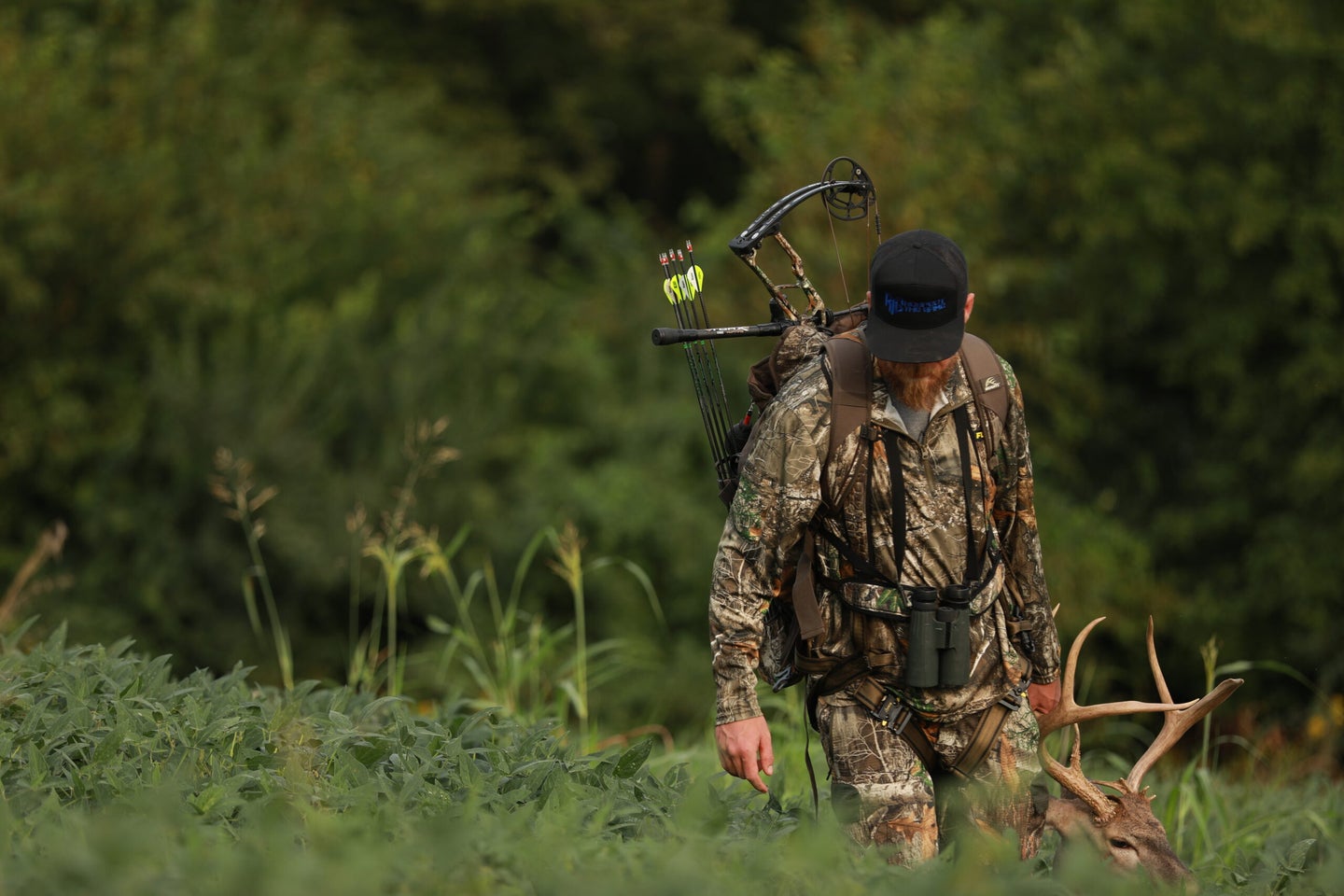 When you know that your shooting method is right for you, you'll be more confident in the field. Elite Archery
SHARE

If you talk to, oh, I’d say, 80 percent or more of the country’s top 3D archers, many of whom are also serious hunters, they will tell you the correct way to shoot a compound bow. You put the pin on the target and float it there while performing a smooth, surprise release. You can’t concentrate on two things at the same time, so you can either put all your focus on aiming and train a perfect subconscious release through blind-bale shooting. Or you can focus on a perfect surprise release and train the aiming part to be subconscious. Either way, the pros prove that you can become a hell of a bow shot using a surprise release.

Meanwhile, the majority of hunters I know, and I’d bet many that you know, do not use a surprise release. One of the deadliest hunters I’ve met gave up on learning that method a long time ago. “I know it’s wrong,” he said, “but I just punch the trigger.”

Is Your Bow Shooting Method Wrong?

So, that leads us to the question, Is your shooting method wrong? And I’m happy to tell you that the answer is, no. If you’re shooting a surprise release, like the pros, your method obviously isn’t wrong. It’s generally considered the “right” method, and all the successes of so many pros back that up.

But what if you’re punching the trigger like the hunter above? Well, that hunter has taken three gross 200-inch bucks, a pile of P&Y whitetails, and scads of other deer. He is death in the deer woods, so if his method is wrong, you may not want to be right.

But the good news is that his method is not wrong either, despite what he and many other bowhunters think. I’ve pointed this out before, but it’s worth repeating: Tim Gillingham, one of the best 3D archers of our time and a highly accomplished hunter, punches the trigger. He calls it command-style shooting, but it amounts to the same. When the pin looks good, he hits that trigger. According to Gillingham, command-style is the only sensible method to use for hunting.

There are plenty of surprise-release hunters who would beg to differ, but that’s not really the point. The point is that neither method is “wrong,” and the only question you need to answer is, Which method is right for you and your hunting.

Pick a Bow-Shooting Method and Stick With It

I’ve been sort of conducting an informal survey on this topic for years. I ask bowhunters if they shoot a surprise release or not. Some do, some don’t, but the most surprising result is that a lot of people can’t really say. “I don’t know, man. I just shoot,” is a common answer. And to anyone who has really good success with that, I’d say, don’t change it.

But if you’re looking to improve your field accuracy, I’d recommend trying both methods to figure out which one is right for you, and then stick with it.

Let’s assume that you’re like many if not most hunters, and you usually shoot command-style (which sounds so much better than “punching the trigger,” right?). For at least a couple weeks, switch it up and try a surprise release. Get yourself a thumb-style release, which for many people makes accomplishing a good surprise release easier. (I know they ain’t cheap, but if it really makes you a better shot, it’ll be worth it, and if it doesn’t you can sell it on eBay.)

Hold the pin on the target, letting it float while concentrating on the center of the bull, and slowly trip the trigger so that it’s a surprise when it breaks. Do some blind-bale shooting to practice a perfect release. And do some aiming drills, where you aim and float the pin, without shooting. For the first few days, shoot at normal hunting ranges and measure your groups. As the week progresses, increase the range and track your accuracy.

Next, do basically the same thing, but with the command-style. Here you want to put the pin on the target, let it float, and when it floats over the middle, pull the trigger of your caliper-style release. Do some blind-bale shooting here, too, to practice a trigger pull that is quick but smooth—one that does not jerk the bow off target. Gillingham recommends adjusting your release so it has a light trigger pull. Again, keep track of your groups.

Pick the Right Shooting Style for You

By the end of the experiment, you should have a pretty good idea of how accurate you are with each method. And that should go a long way toward deciding which method is right for you. I have a friend who switched from punching the trigger with a caliper-style release to using a surprise release with a thumb-style, and he saw a huge improvement, even at shorter ranges. So for him it was a no-brainer.

Others may not see such a stark difference. And there are other factors to consider. A surprise release can be harder to execute when there’s a giant buck in front of you, for example. It can also bring on target panic for some. It does for me. I had never experienced target panic in my life until I tried shooting a surprise release. The anticipation of the shot breaking got into my head. But that disappears completely for me with command-style. Meanwhile—and go figure—for my friend and fellow outdoor writer Jace Bauserman, shooting a surprise shot with a thumb-style release tames target panic. It’s a personal thing, which is another reason to try both.

Erase Doubt and Improve Confidence in the Field

I’ve experimented with both methods quite a bit and found that I do shoot better at longer ranges with a surprise release, despite the occasional and mild bouts of panic. But it’s not a big difference, and inside 40 yards, it’s practically a wash. So, because I keep my shots in the field to 40 and under and I’d just as soon not deal with target panic at all, I shoot command-style. You may find just the opposite, but either way it’s a good idea to try both and figure out what is right for you. On the list of things that can screw up your bow shooting in the field, doubt is way up there. When you get into your tree stand this fall, you shouldn’t be wondering if you’re shooting your bow the wrong way. You want to know that you’re shooting it the right way for you.