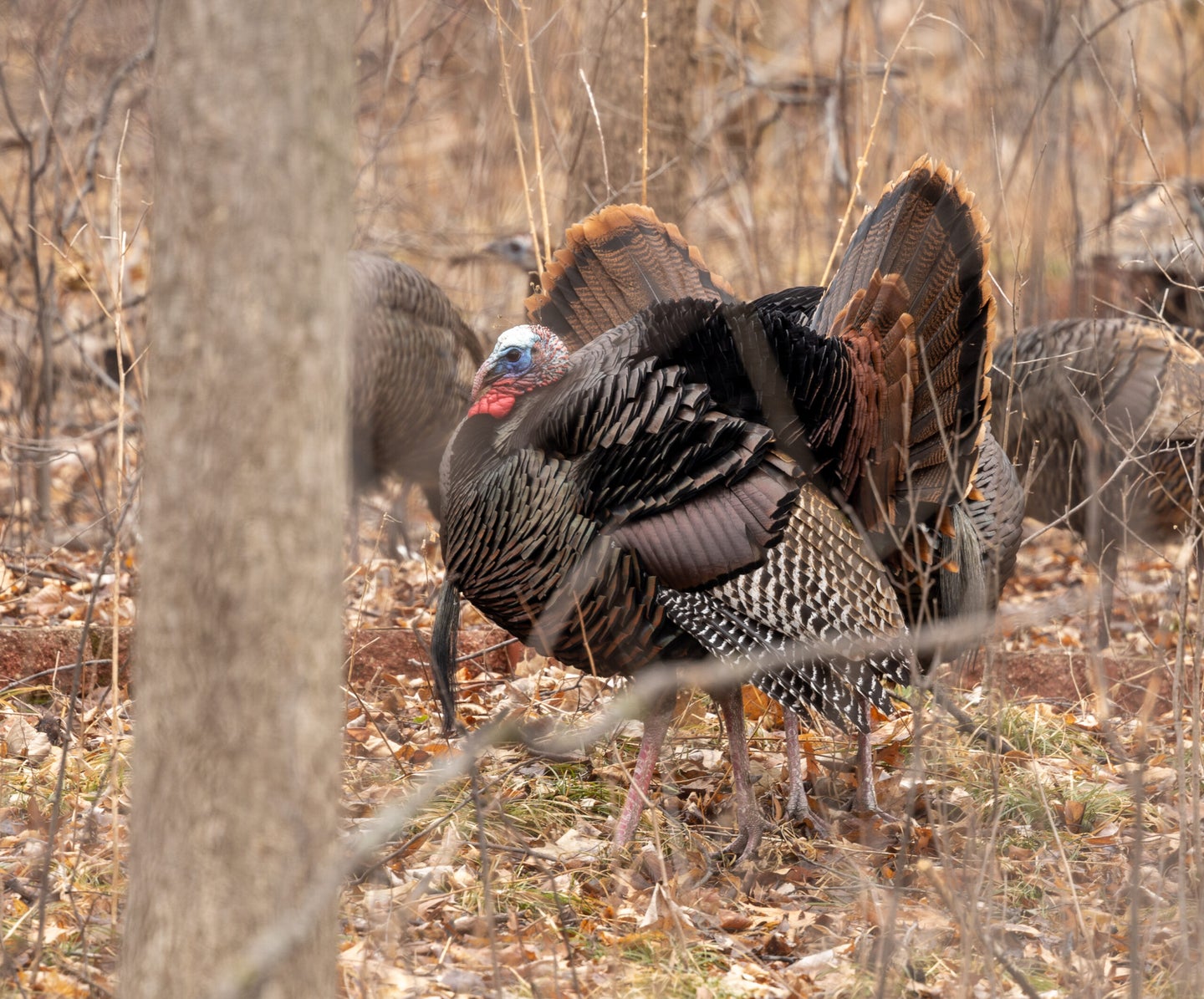 Fall turkey hunting is often overlooked—but it shouldn’t be. Nothing’s more heart-pounding than breaking up a big flock of birds before slowly calling them back to the scatter point and picking off the hen of your choosing. Or, try calling an entire flock of longbeards off the roost, or provoking a wily old gobbler to strut a gobble just like they do in the spring. You can use these strategies and more in the fall turkey woods, and these are the best states to do it in this fall.

New Hampshire is a classic turkey hunting state with a long fall season and plenty of access opportunities on both public and private land. If you chase birds with your bow, then it’s really the place to be. Archery hunters in the Granite State can pursue birds for a full three months—from September 15 through December 15. The state is home to upwards of 25,000 eastern wild turkeys, and the birds are dispersed throughout every county.

One unique aspect of New Hampshire’s hunting culture, which benefits both residents and non-resident turkey hunters, is the state’s long-held tradition of liberal land access. According to New Hampshire Fish and Game, “based on long-standing tradition, nearly all lands in the state of New Hampshire are open to hunting.” In fall, New Hampshire’s turkeys can often be found foraging in mast-producing stands of oak or hickory.

Montana has a lengthy fall turkey season that runs from September well into the winter months—and you can bag a lot of birds during that time. An over-the-counter, general turkey tag in the Big Sky State is good for one bird of either sex in just about every game region of the state, but you can also purchase regional tags that allow hunters to harvest up to 11 additional either-sex birds on a region-by-region basis.

Montana’s turkeys occupy diverse habitats from wide open ponderosa pine savannas of the foothills to higher elevation stands of aspen and mixed conifers. In the fall and winter, birds down in the riparian zones with lots of agriculture around will often seek food and refuge in the farm fields. Merriam’s can be hard to pattern in late spring or summer due to their propensity to migrate across the landscape, but those birds have usually settled in by late fall and early winter, returning to the same roost night after night.

The Golden State has a relatively short fall turkey season that runs from November 12 to December 11 with a daily bag limit of one either-sex bird and an overall cap of two birds per season. Wild turkeys range all over the state, from private ranch land to property owned and controlled by the California Department of Fish and Game, the U.S. Forest Service, and the Bureau of Land Management.

Rio Grandes are the most widespread subspecies in California, but the state also boasts stable populations of Merriam’s, easterns, and a Rio Grande-eastern hybrid that was introduced from the Midwest. According to the California Department of Fish and Game, oak habitat and permanent water sources are both present in prime turkey country. There are many public wildlife areas open to fall turkey hunting, including Horseshoe Ranch Wildlife Area, Oroville Wildlife Area, and Feather River Wildlife Area, just to name a few.

South Dakota may be famous for pheasants, but the state is home to thriving flocks of Merriam’s wild turkeys as well. The Black Hills National Forest in particular—which sits in western South Dakota and contains some 1.2 million acres of forested hills and mountains—is known as excellent turkey habitat.

South Dakota’s season runs from November 1 through January 31, but the deadline for the online application process is September 10, so you’ll need to act fast if you want in on some Black Hills birds this fall. South Dakota residents are eligible to hunt any game unit in the state during the fall turkey season, but non-residents will have to stick to units west of the Missouri River, which thankfully includes the Black Hills.

Read Next: The Definitive Guide to Turkey Hunting in the Fall

You’d be hard-pressed to find more iconic wild turkey habitats than the forested hills and rolling farmlands of the Show Me State. With its dense stands of hardwoods, clear running waters, and high forested bluffs, the Ozark National Forest area served as the last great stronghold of eastern wild turkey populations in the face of major declines that almost extirpated the species by the late 1930s.

Today, the entire state of Missouri supports plentiful populations of easterns. Though numbers have declined somewhat in recent years, biologists with the Missouri Department of Conservation say there are still plenty of birds to support a fall season. The season runs from October 1 to 31, and hunters can bag up to two birds of either sex.