Justin Sieren took the unique trophy on the first day of Iowa's early-muzzleloader season. The buck's third main beam is almost as long as the other two 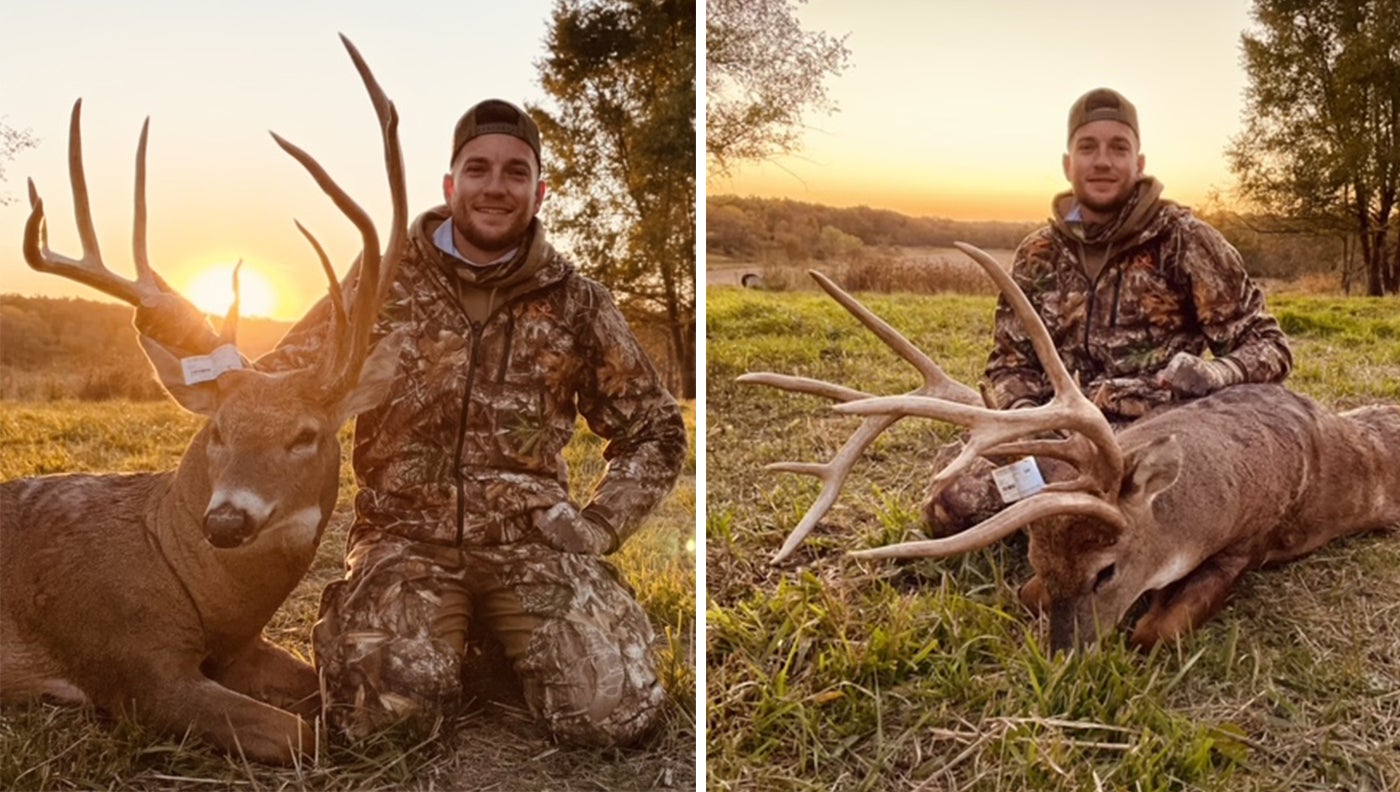 Iowa deer hunter Justin Sieren tagged a monstrous 6 ½-year-old buck last most. He’s taken four great bucks in recent years, but this fall’s hunt was all about chasing this unique nontypical. Sieren told F&S that he wasn’t seeing the buck at his primary hunting spot, and thinking that the deer had to be nearby, he started map scouting.

“A local guy who lives right by where I park my truck told me that he’d heard about a big nontypical in the area,” Sieren said. “This really solidified my game plan for changing spots and doing a hang-and-hunt, because I knew the exact buck he’d referenced. After talking to him, I had confidence that the deer was crossing a transition area that I had permission to hunt on its way toward food in the evenings. All I had left to do was pick a tree.”

On October 16, the opening day of Iowa’s early-muzzleloader season, the weather brought highs in the 40s and lows in the 20s, which is just what any deer hunter hopes for in October. Sieren was hunting a mix of cattle pastures and hay fields, with creek bottom running through it. The area was thick with brushy cover. Leaves fell and blew past him ,as 15-plus-mph winds pushed through the area.

Late in the afternoon, with the sun dropping quickly, a coyote cruised along the edge of a CRP field. Then, two does filtered past. After that, a couple of small bucks did the same. Finally, about 30 minutes before dark, the big deer appeared. He trotted down the edge of the CRP, eased into a pasture, and started moving in the direction of a distant agricultural field.

Sieren settled his sights, slowly squeezed the trigger, and took the 50-yard shot. The buck dropped in its tracks. “This is definitely a buck of a lifetime, and is truly one-of-kind,” Sieren said. “I don’t think I could have drawn it up better. I wasn’t for certain that this was where he was living, but I knew he was feeding at one of the ag fields. This transition made sense to cut him off during daylight, and that proved to be the final piece to the puzzle.”

Overall, the buck scored 188 4/8 inches. It’s unusual rack makes it even cooler than its score, though—particularly the long, dagger-like third main beam on the deer’s left side. “My buddies, who helped recover him, and the neighbor I’d talked to before the hunt were all pretty shocked,” Sieren said. “People were definitely surprised by his nontypical side, saying he looks part mule deer or elk. The brow tines and third main beam—you don’t see that very often.”