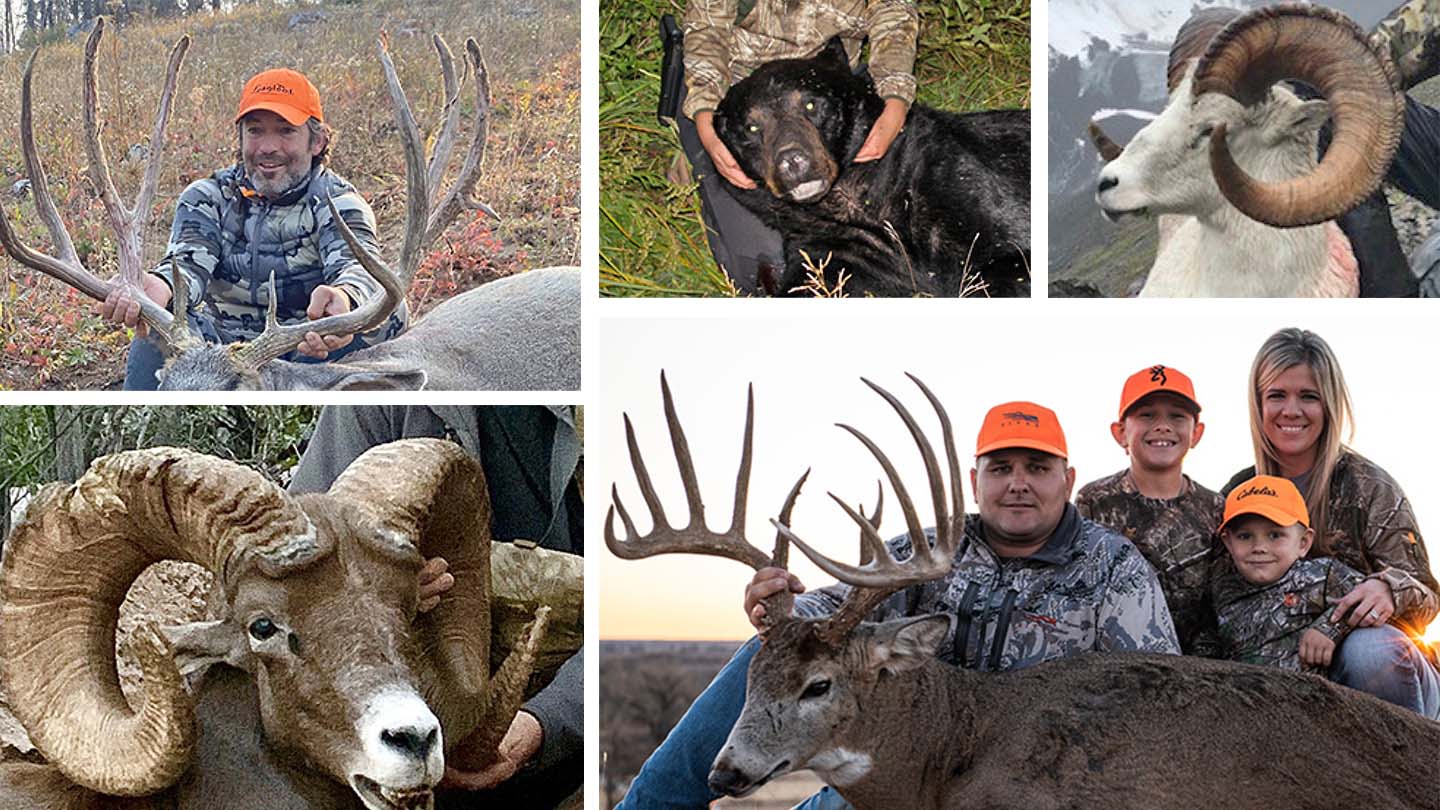 If the Boone & Crockett Club’s record books are any indication, we are living the “good old days” of big-game hunting right now. As proof, the B&C just listed 15 of the top trophies entered so far in their most recent awards period, which started at the beginning of 2019 and ends December 31, 2021. I think it’s safe to say that I wouldn’t pass up any of them, but five of the 15 trophies on the B&C list stood out to me as the most impressive. Here’s a rundown, in no particular order.

A 30-inch inside spread is the gold standard for trophy mule deer, and Huish’s Wyoming whopper had all that and change, stretching the tape to 31-2/8 inches. Huish killed the buck with a 325-yard shot from 6.5×284 shooting a 143-grain Hornady bullet last September. His buck is not only the biggest typical mule deer ever to come out of Sublette County, Wyoming, but at 210⅝ inches, it’s the top-ranked typical muley for the current B&C scoring period.

The Gopher State is a known producer of trophy black bears, and  Kayla T. Kullhem’s Minnesota giant from last year will help maintain that reputation. This monster bruin the biggest to come out of Minnesota since 2017, and it now ranks fifth in the state. Interestingly, Kullhem’s bear creates a four-way tie for the 5th spot, and one of those is a “picked up” entry from Greg and Gary Kullhem in 1992. No confirmation those men are related to Kayla, but it’s likely since her bear and theirs both came from Aitkin County, Minnesota’s top B&C county for black bear. Kayla shot her bear with a .270 and a 130-grain bullet.

The Lowdown: Sheep fanatic Jerry Tyrell traveled south of the border to Sonora Mexico to tag this fantastic desert bighorn in January, 2020. The giant ram scores an even 190 inches B&C, a score that propelled it into the 14th spot in the B&C record book and the largest ram to ever come out of Mexico. Tyrell was shooting a 140-grain Berger bullet in 6.5 Creedmoor to drop his trophy, which is currently the top-scoring desert ram for the scoring period.

The Lowdown: It’s no secret that Alaska’s Chugach Mountains are a prime destination for trophy Dall’s sheep; four of the top 10 rams in the B&C books have come from that range. But in recent years, even the Chugach Mountains have had trouble producing a ram that could crack the Top 50 in the B&C book. Between 2005 and 2019, only two Dall’s sheep made it into that elite category. But last fall, when Breland traveled to Alaska and killed a ram that will assume the No. 14 spot all time in the B&C records, he reminded sheep hunters everywhere what the Chugach range can produce. Breland took the 184⅛-inch mammoth with a .300 Win. Mag and a 180-grain Barnes bullet. His ram is currently the top Dall’s sheep entry for the scoring period.

The Lowdown: Breaking the 200-inch gross-score mark for a typical whitetail is pretty rare stuff, but Troy Bryant came whisker-close with this towering Oklahoma typical, killed on November 23, 2019. The B&C gross score is 199-⅜ inches, thanks to a pair of  G3s that measure over a foot, and one G-2 is nearly 13 inches. Bryant’s Harper County giant netted 190-6/8, which places it second in the state record book, less than two inches off a buck killed by Jason Boyett in Pushmataha County in 2007. The Bryant buck, which sports 13 points, 25-inch main beams, and a 19-inch inside spread, was shot at 300 yards a .300 Weatherby and a 180-grain bullet.