Watch a big black bear snag days worth of dinners from the blacktop—and save the highway department a little work, to boot 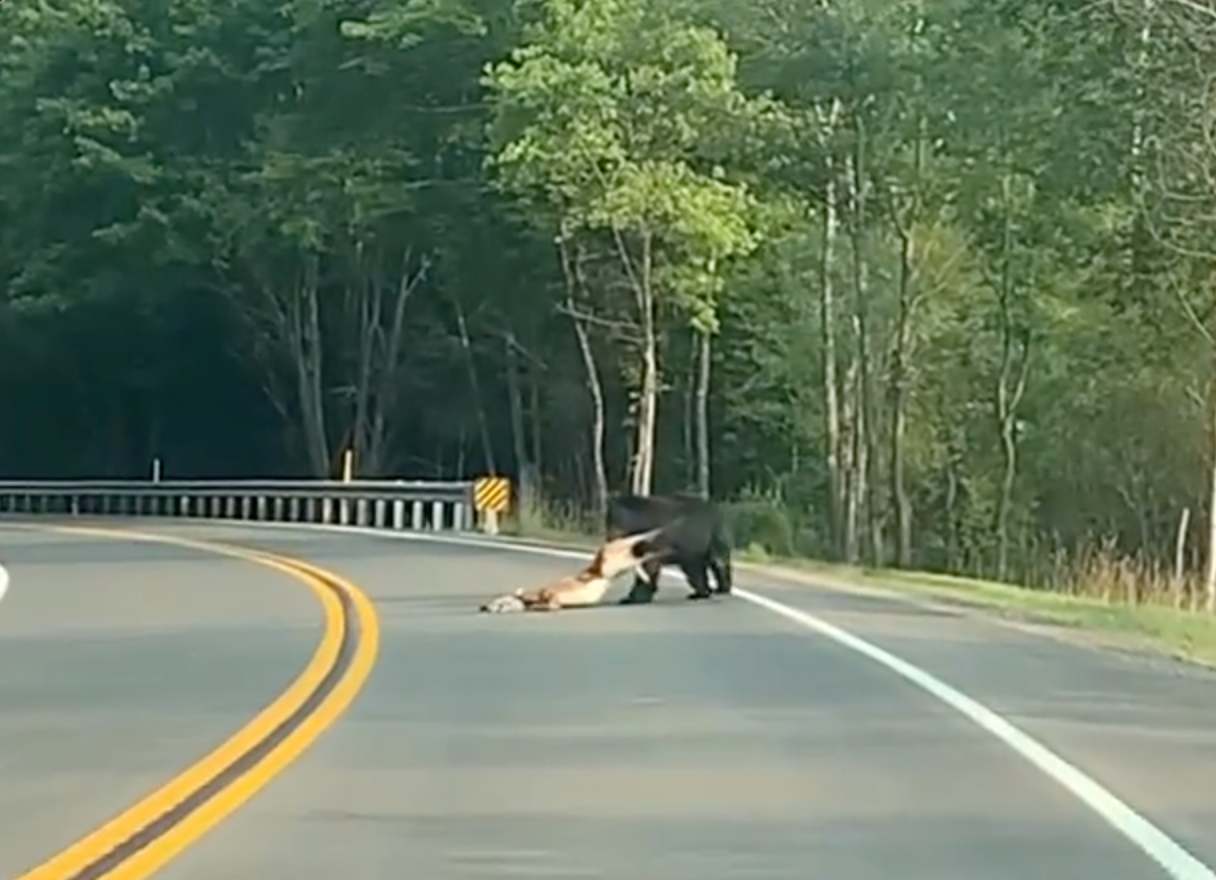 A black bear was spotted dragging a whitetail doe from a two-lane highway in Northwest Pennsylvania. Howie Ament, a paramedic who lives in Natrona Heights, stopped his car just in time to capture what some publications have been calling a “grisly scene” on film. Ament’s video shows a large black bear grabbing a road-killed deer’s hindquarters between its maws before quickly tugging it off the road and out of sight.

Ament took the video on a stretch of road that runs through the Allegheny National Forest. The 517,000-acre national forest is a known hotspot for bruin sightings and during the fall season, bear hunting. Black bears are North America’s most common species of bear. They are omnivores and what biologists call “very opportunistic feeders.” The majority of their diet is made up of grasses, roots, berries, and insects, but when the opportunity to feast on meat presents itself, they’ll chow down without hesitation—like this Pennsylvania bruin did.

“The things you see in the Allegheny National Forest between Sheffield and Kane!” remarked Ament in a Facebook post.