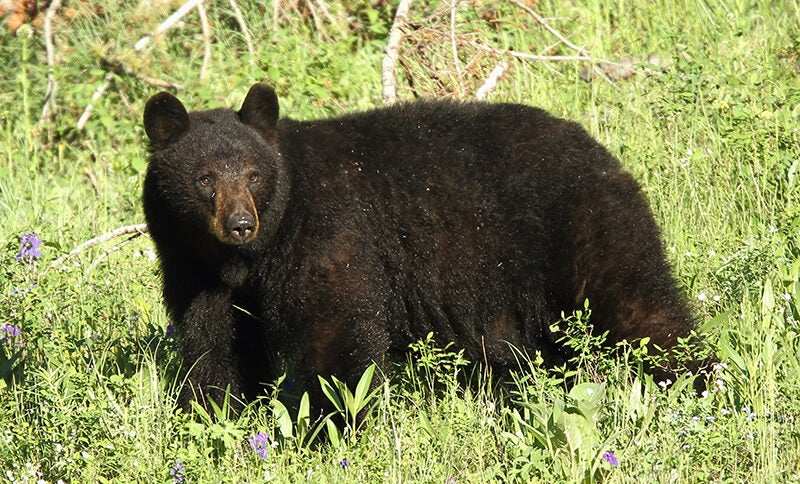 Following yet another top 10 harvest during the 2021 hunting season, black bear population numbers in Pennsylvania showed a decline for the second year in a row. Pennsylvania had been home to over 20,000 bears for several years, but the approximate population fell this year from an estimated 16,268 in 2020 to 15,666 last year.

The decline in numbers is nothing to be concerned about, says Pennsylvania Game Commission black bear specialist Emily Carollo, who points out that the state’s population is healthy at nearly 16,000. It’s likely that the high harvests of 2020 and 2021 account for the lower population estimate. “There is potentially an effect of having that really high harvest and noticing those decreases in the following two years, which follows the life history [and] reproductive strategy of black bears,” Carrollo says.

A two-year decline isn’t surprising, as black bears give birth every other year, and sows don’t reach sexual maturity until the age of three. Bear numbers saw similar declines after high harvests from 2005 to 2007 and 2010 to 2012. The harvest figures do show a couple of trends that, while not causes for concern, will need to be monitored. Where the harvest has averaged around 20 percent of the bear population for the past 20 years, it has crept up to 22 to 23 percent. Second, hunters have been taking more female bears. From 2010 to 2018 females made up 13 percent of the harvest. Currently, females comprise 22 percent of the harvest.

Carollo sees no cause for alarm. “If we need to make changes, we will be able to make them accordingly and in an appropriate amount of time,” she says. “In the simplest terms, we know the recipe to make more bears here in Pennsylvania. If it ever got to that point, which I am not concerned about whatsoever, we know how to change things around and adjust for the appropriate bear seasons.”

Pennsylvania’s bear population has grown and spread over the past 40 years. In 1983, hunters first harvested more than 1,529 bears in Pennsylvania. Just six years later, Pennsylvania broke the 2,000 bear harvest mark with 2,213. Recent years have seen a record kill in 2019 with 4,653 and annual harvests well above the 3,000 mark.