Need Proof That Bowhunters Should Avoid Shoulder Shots on Deer? Here It Is

Some argue that with today's archery equipment, shoulder shots on deer are just fine. But data from nearly 50 professional deer trackers suggests otherwise 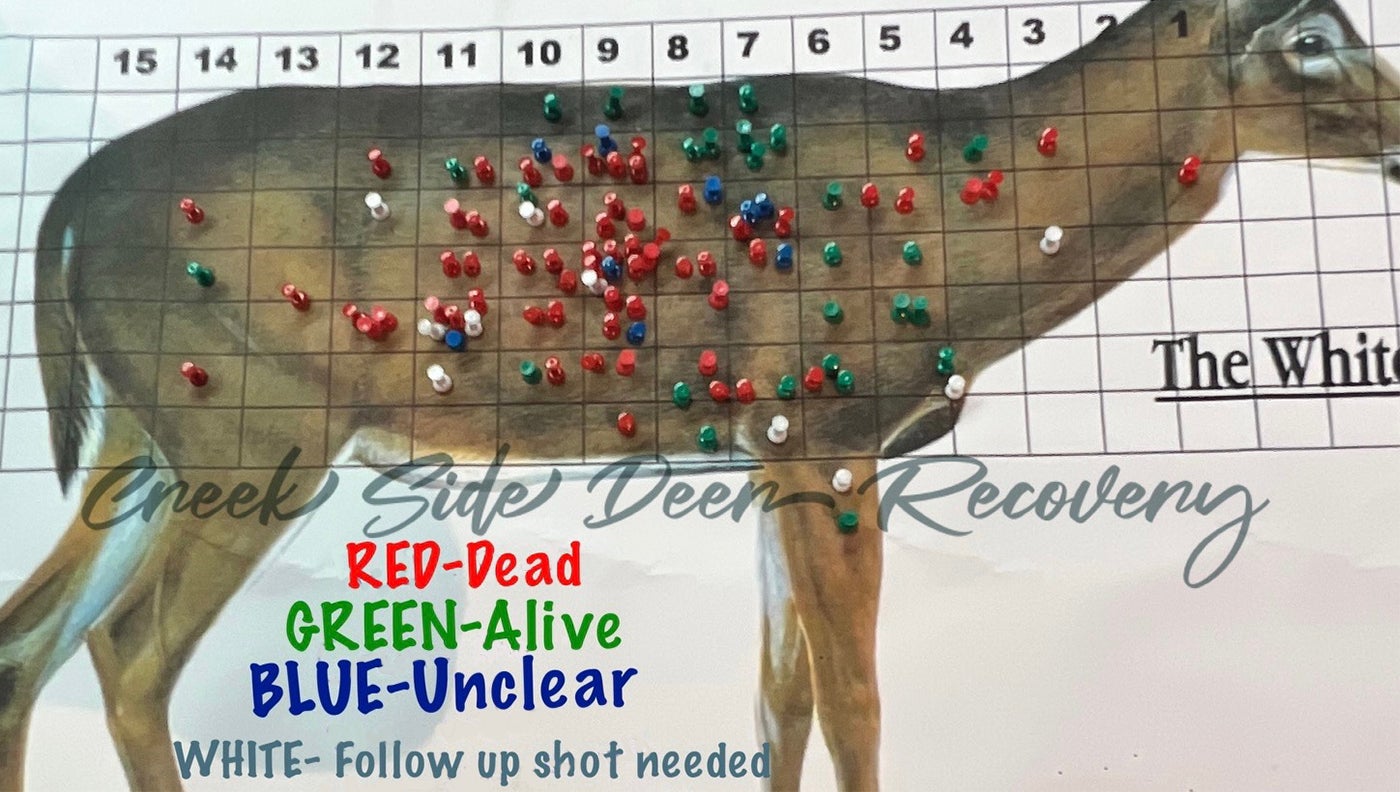 This shot-placement chart shows which hits result in venison and which don't. Creek Side Deer Recover
SHARE

There’s been a somewhat disturbing trend in bowhunting of lately—or, at least, disturbing to me—and that is the notion that shooting at a deer’s shoulder is just fine, or even extra-lethal, with the latest archery equipment. That the old saw about avoiding that shoulder at all cost is just that, old, and that the fuddy-duddies who still believe it are out of touch. Invariably, the argument goes that a heavy, high FOC, micro-diameter arrow tipped with a tough fixed-blade head—especially when shot from a fast bow—will blow right through shoulder, even if it hits the scapula, and result in a quick, clean kill.

Well, sure. If you’re a crack shot and your gear is right and the deer is close and—this is important—you can manage your nerves and none of the seemingly endless list of things that can go wrong occurs, your whitetail may well tip over after a short run. But that simple is not reality for most bowhunters.

As proof, Ohio hunter Joseph Tenney, who owns Creek Side Deer Recovery and has used his dogs to track archery-hit deer for a decade, produced a shot-placement chart based on data gleaned from just the 2022 season. Tenney used information not only from his own experience, but also data from 48 other trackers spread across seven states. The chart features color-coded pins that indicate where the arrow struck the deer and the result. As noted on the chart, here’s what the colored pins mean:

Now, take a look at the shots at or near the shoulder—in columns 5 and 6, highlighted in yellow above—and note all those green pins, every one of which indicates a deer that got away. Of the 14 deer shot in this area, only four were killed and recovered. Even in column 7, which is more in the crease than in the shoulder proper, recovery was iffy. On the other hand, if you go further back on the deer, to columns 8, 9, 10, (highlighted in red) and even 11, the chances for recovery absolutely soar.

Tenney admits that hunters with the right gear (high draw-weight bows, heavy shafts, and fixed-blade heads) can make a killing shoulder shots on close-range deer, if they hit where they aim. “Then the deer is going to make a short run, and you’re not going to call a tracker,” he said. “But for the rest of bowhunters hitting the shoulder, they’re going to get 200 to 300 yards of decent blood. Then the deer is going to lay down, lick himself clean, and disappear forever.”

Tenney notes that bowhunters are often deceived by blood trails into thinking that deer are wounded more severely than they actually are. “For starters, deer shot with arrows almost never die from blood loss,” he said. “They die from organ failure. And what most hunters think is a lot of blood simply isn’t. A 150-pound deer needs to lose 40 ounces of blood to die. You give me that much blood in a container, and I’ll lay down a trail you can easily follow for 2 miles.”

Given that organ failure is how deer typically die, Tenney urges hunters to focus on aiming at spots where the arrow has the highest likelihood of contacting a major organ. “Depending on shot angle of course, low is better than high, and back is better than forward,” he said. “Over 90 percent of paunch-hit deer are going to die, and if you handle things right—by waiting long enough before tracking—we’re going to find that deer. And obviously, if you’re in the lungs, recovery rates are very good.”

Shon Butler, who owns and trains tracking dogs full-time in his Longspur Tracking and Guiding Service, posted Tenney’s chart on his Facebook page and was shocked at the reception. “We received over 2 million views and over a thousand comments,” he said. “Hunters obviously like to debate things like this. But I’m a bowhunter, too, and last fall I tracked nearly 100 deer with my dogs. In my mind, the best aiming spot for most guys is this: Draw a line horizontally through the middle of the body, then go 3 to 4 inches back from the rear of the front shoulder. If you hit that spot, you’ve got at least one lung. And if something goes wrong, there’s room for forgiveness and chances are high your shot will hit something vital.”

Why I’ll Keep Aiming Behind the Shoulder

I’ve been bowhunting for 44 seasons and have shot my share of whitetails and been on the blood trails of many, many deer in that time. I’ve been on the futile trails on enough shoulder-shot deer to understand completely when Tenney told me, “If I’m interviewing a hunter on the phone and he describes a shoulder shot, I’ll tell him to give the deer time, then follow blood while you’ve got it. But in 90 percent of those cases, I’m not bringing my dog. It sounds cold, but with all the calls I get in the course of a fall, I have to decide which ones I have a chance on, and which are a waste of time.”

As good as our equipment is these days, hunters remain imperfect predators. We can pile arrows into the 10-ring in the backyard or on the 3-D range, but there is no way to mimic the adrenaline dump that comes when big buck steps into bow range—or, for that matter, having your “target” take an unanticipated step or hop or dip. In the field, even the very best target shooters can miss their mark on a live deer. To me, it only makes sense to aim at the area that promises the highest chance of a quick and humane kill, even if your shot isn’t perfect—and that is the same spot it’s been since human first began shooting deer with a stick and string. It’s that big swath of hide extending from behind the front shoulder to the back of the rib cage. It is not the shoulder.