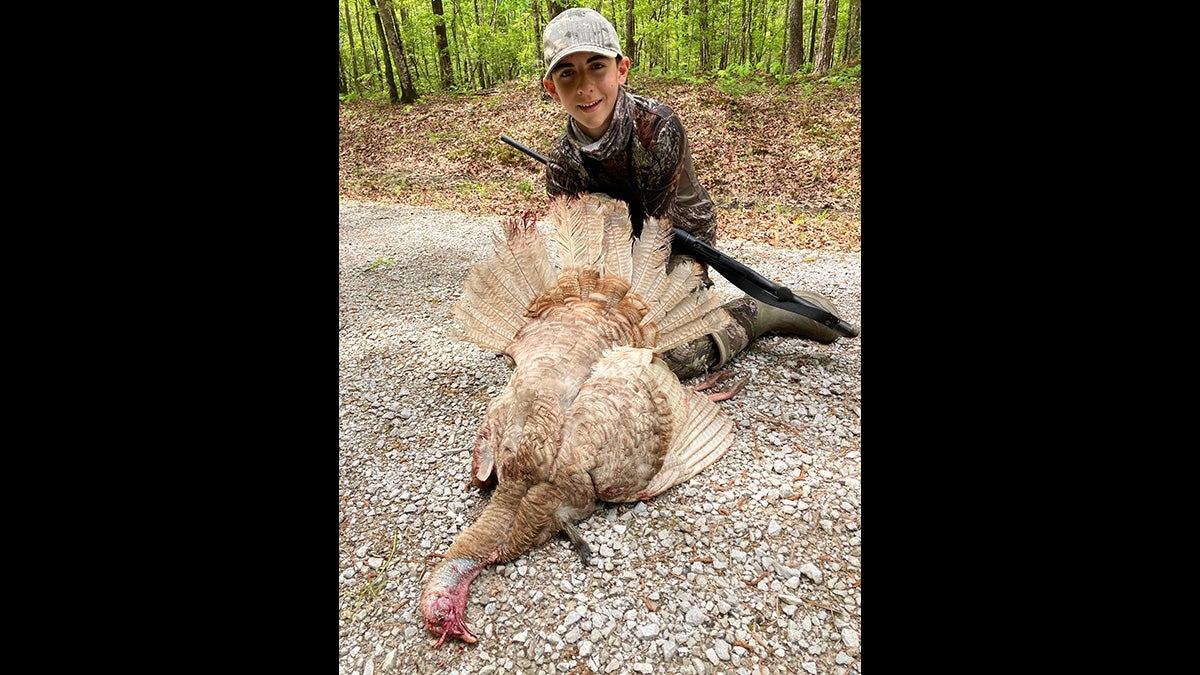 Wild turkeys with this coloration are typically considered to have a "cinnamon" or "red" color phase. Mississippi Department of Wildlife, Fisheries, and Parks via Facebook
SHARE

A 13-year-old Mississippi hunter shot an unusual wild turkey during a public land hunt this spring: A jake with a distinctive reddish-brown plumage that one biologist said has only a 1-in-300,000 chance of occurring in the wild.

“Turkeys come in several different color phases,” the Mississippi Department of Wildlife, Fisheries, and Parks wrote in the description of a Facebook post featuring a photo of Chet Wilson with the wild turkey he shot at the Canal Section Wildlife Management Area. “This bird appears to be an erythristic color phase, meaning it lacks many of the darker pigments that usually give turkeys their black or brown coloration. Birds which are erythristic are commonly referred to as a red or cinnamon phase.”

Non-standard color phases of turkey include leucistic (all-white), smoke (variations of black, gray, and white plumage that often appear all-white from a distance), melanistic (all black), and erythristic (cinnamon). In addition to differences in plumage color, many of these birds also lack the distinctive red heads of wild turkeys.

When Blake Cox of Kernersville, North Carolina, shot a cinnamon bird in 2012, a wildlife biologist from the National Wild Turkey Federation (NWTF) said that “this probably is something you’d see in 1-of-300,000 wild turkeys,” according to the Carolina Sportsman.

Some hunters assume that a wild turkey displaying unusual coloration is the result of breeding with domestic birds. That’s not the case. Uncommon plumage “occurs regularly in flocks that have no contact with domestic turkeys,” according to the NWTF. The abnormal colorations result from recessive genetic mutations.