Does Bullet Failure Really Happen? Could It Actually Be Your Fault?

There was a time when you could reasonably blame a blown hunt on your bullet. Today if there's a problem, it's probably you—and that's a good thing 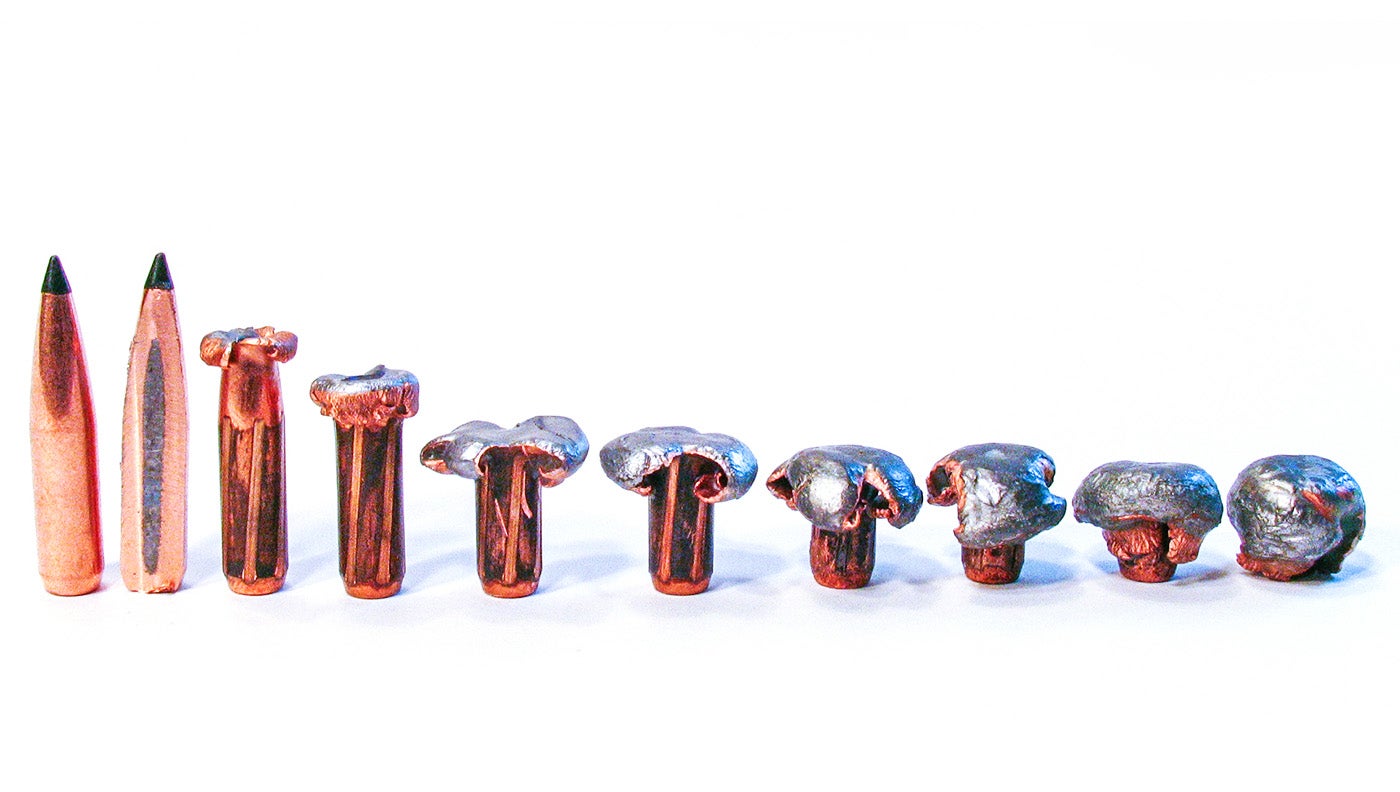 Bullet failure is a common internet and campfire topic, but does it really happen, and if so, how often? Well, we know it happened at least once, because it was a bullet failure on a moose in 1946 that gave us the famous Nosler Partition. Since I shot my first big-game animal almost 50 years ago, I’ve taken hundreds of others on multiple continents with 35 different rifle cartridges and with a lot of different bullets. Always obsessed with terminal performance, I cannot point definitively to a single bullet failure on game. That does not mean I’ve not had one, it just means that if I did, neither I nor the animal knew it.

I asked some very experienced fellow gun writers if they had absolute proof of a bullet failure. John Barsness, who lives almost exclusively on wild game meat, detailed five examples. Ron Spomer, who’s hunted the world, relayed seven. And Field & Stream Rifles Editor Dave Petzal told me that prior to about 1990, most of the big-game bullets he used sucked. What I found most interesting, however, was that since 1995, collectively, this group had only seen two bullets fail.

A lot has changed in 30 years. Bullet makers now test for terminal performance in a variety of mediums. Modern big-game bullets are engineered to deform widely without losing so much weight they do not achieve adequate penetration. Failures come when that’s not achieved due to too much or no deformation. Too much deformation sacrifices penetration while not enough inhibits tissue damage, and both reduce lethality.

Today’s Bullets Can Break—Yet Not Fail

In 2016 I shot an elk in New Mexico at a tad over 300 yards using a .308 Winchester and a 178-grain Hornady ELD-X. The bullet broke a rib going in and was recovered just under the hide on the other side. When I plucked it from the bull, the core fell out of the jacket. I’ve seen a lot of big-game animals taken with this bullet but had never seen core slippage. Jacket and core separation or slippage is not extremely rare with non-bonded jacketed bullets. But when it occurs, it’s usually at or near penetration termination and has little if any effect on terminal performance. However, its frequency is magnified with extreme velocity and/or when bones are hit.

In 2005 I shot a whitetail at about 20 yards with a .30/30 and one of the first Hornady LEVERevolution Flex-Tip bullets. The deer stumbled for a yard or so and then tipped over. The bullet broke the left humerus on entry and the core was found in the chest cavity. The jacket was recovered just under the hide on the deer’s right side. The bullet failed to retain its core, but it did not fail to deliver adequate terminal performance.

A wealthy gun-shop owner once showed me a Nosler Partition he’d recovered from a Dall sheep. It looked like most recovered Partitions I’ve seen; the front core had eroded, leaving a mushroomed cap over the jacketed rear core. The hunter said he’d never use a Partition again because that one lost so much weight. Never mind that when he shot the ram, its soul immediately departed to spend eternity with Jack O’Connor. Given good deformation and adequate penetration, retained weight contributes nothing to terminal performance. For this hunter, the Partition failed to look and feel like he thought it should. That’s not bullet failure.

In 2010 I shot a pronghorn at about 400 yards with a 110-grain Barnes Tipped Triple Shock I’d loaded for my .30 Remington AR. The buck dropped but soon found his feet and was staggering off. At about 150 yards another bullet ended him. Both bullets passed through, but from the internal damage it was apparent that the first did not deform. I should have known better; at 400 yards the impact velocity was about 1800 fps. That’s below what’s needed to flower out a mono-metal bullet. That’s not bullet failure either. That was user error—and a lesson learned.

After Remington acquired Barnes Bullets, they introduced Hog Hammer ammunition loaded with Barnes Triple Shocks. I tested several loads in gelatin and all but one performed as expected. The 150-grain Triple Shock out of the .30/30 load did something unusual. As the bullet’s petals flowered, they broke away from the bullet shank, but remained connected to themselves. This created a copper donut that the bullet shank punched through on its way to penetrating an incredible 40 inches. This bullet failed to perform as designed but is probably a one-in-several-million example.

It is estimated that humans make at least 100 mistakes a year while doing their job. Considering how many bullets humans make, no doubt some lemons make it out the door. But modern, 21st century bullet failures are extremely rare. Some hunters will fail to hit the killing spot, never recover the animal, and scream bullet failure. Others will ask a bullet to perform outside its velocity parameters and do the same. Hunters will also recover bullets and because they’re ugly, they’ll swear they failed. Just know that those perfectly mushroomed bullets in advertisements are shot into gelatin or water, not muscle, cartilage, and bone. And, as a rule, don’t be too quick to blame today’s bullets. I know, it takes a handy excuse away from us, but knowing that the bullet you send toward your next bull or buck will almost certainly do its part is a good trade.