Goose hunting isn't as easy as it used to be. Here are six ways to up your game and put more of today's educated honkers in the bag 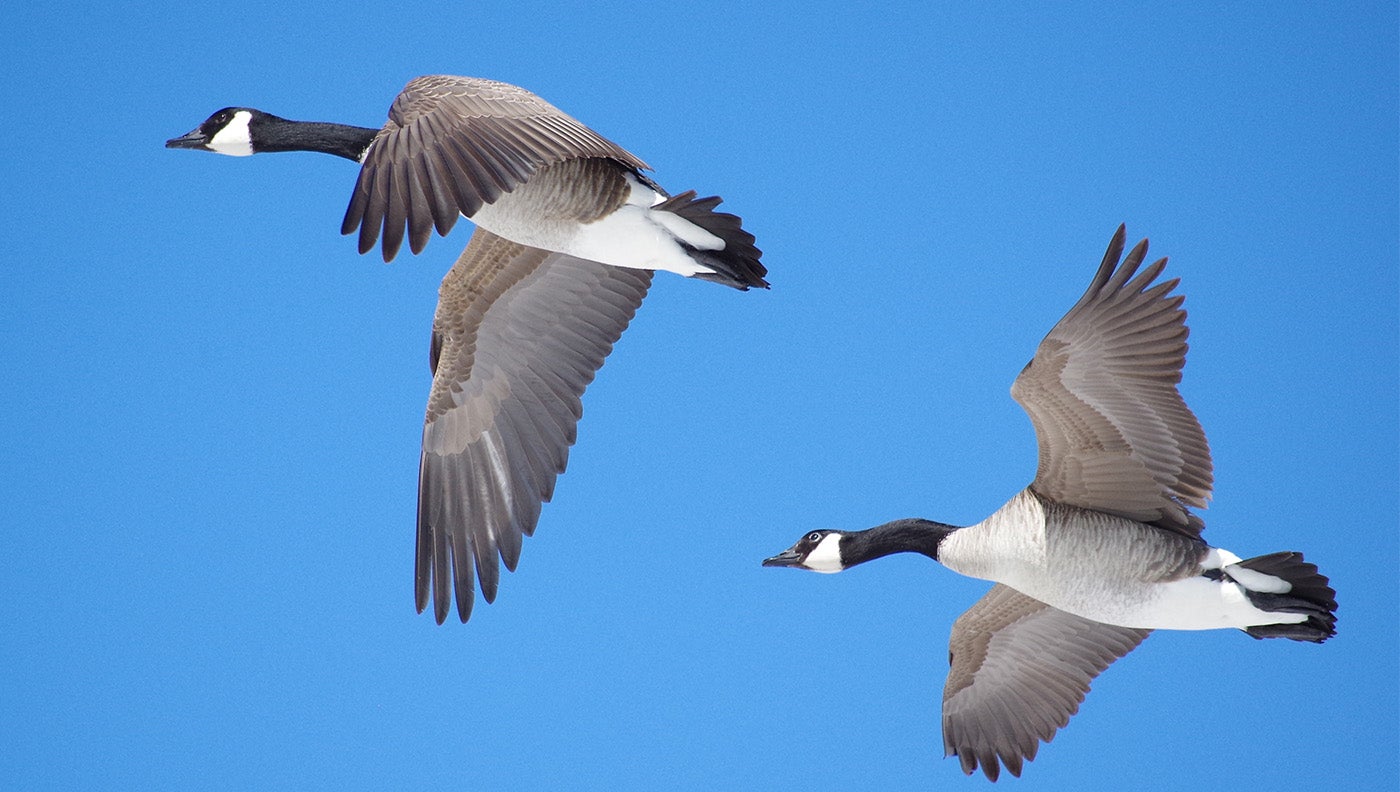 You need to be on your A-game to fool today's wary Canada geese. Kobie Mercury-Clarke / Getty
SHARE

Early in my waterfowling career, it was rare to see a goose trailer parked in the middle of a cut cornfield, and killing a limit of honkers in November was easy.

The migrating Canadas that arrived in my little slice of Colorado waterfowl heaven had been hunted—seasons were open north of the border as well as in the Dakotas—but it didn’t seem to matter. Me and my crew could toss out a junkyard spread and get hours of feet-down action. It’s amazing how times have changed.

Starting about three years back, we went from never seeing a goose trailer to seeing four or five each time we took a scouting loop. We didn’t change out tactics at first. After all, we were goose killers and knew what we were doing. The only problem was, we stopped killing geese.

The fact is that waterfowl hunting has grown in popularity, and the people who do it are more hardcore than ever. Hunters chase the migration, and with lots of states opening more waters and fields to public access, you’re going to have to up your game if you want to experience the same goose hunting success you’re used to. Here are 6 lessons our crew had to learn before we could become goose killers again.

1. Quality Matters Most with Goose Decoys

In today’s goose-hunting world, the crew with the best, most lifelike decoys often wins. Yes, you can pull in a few birds with your old spread if you’re on the X and the weather is foul, but you’ll flare geese otherwise and send them over to the other hunters’ spread down the way. If you’re going to be a successful goose hunter, the devil is the details, and that starts with quality decoys. Just bit the bullet: You and your waterfowl companions will need to shell out for some full-body, fully flocked honkers. They are wildly expensive. But, they’re worth their weight in gold.

If you mix a dozen quality full-body fakes with some flocked shell decoys and silhouettes from innovative decoy makers like Dive Bomb—their V2 Canada Goose Silhouette Decoys are money—you can create an highly effective starter spread. And then you can add to it each year.

Years ago, my buddies and I would just toss fakes out is a rough blob with a landing hole, or in one of the classic letter patterns—a “U” or an “X.” When that stopped working, we realized that we needed to put more thought—and more observation—into our spread setup.

Spend a morning watching the geese you plan to hunt. Are they lesser Canadas that don’t mind balling up and landing right on top of each other, or are they monster Canadas with B-52 wings that demand some space? Do the birds prefer to land together and then form a lunch line to hunt for grain, or do they stay in a tight group and feed without much movement? The answers to these question will tell you exactly how to deploy your spread. Observe as much as you can—take notes if necessary—and then mimic what you see as best you can.

3. You Have to Learn What Part of a Field the Geese Prefer

It’s no longer enough to simply know which field geese are using. You need to know which corner of the field or which dip or swale or hump they prefer. The north end of a field may have more waste grain than the south. A tractor or some other object on the east side may force the geese to the west side. Maybe geese want the middle of a large field where they can circle without gliding low over ditch or hedgerow. If you set up where you want the geese to come and not where they want to be, and you’ll have birds landing  short on you, or, possibly, hundreds of yards from your spread. So pay close attention when scouting, and set up exactly where the geese want to be.

4. Always Be Ready to Make an Adjustment

If at any point during a goose hunt you are thinking, Good enough, you’re probably wrong. If the wind shifts slightly or if the geese aren’t finishing the way they should, get up and make an adjustment. I know. It’s a pain. It’s easier to just be done setting and keep hunting. But if you’re not killing geese, what’s the point. Take 10 minutes to tweak your spread and setup until it’s just right. The geese will let you know.

5. You Have to Be Meticulous About Your Hide

Whether you are using natural cover or a pit, panel, or layout blind, you need to be perfectly hidden. Canada geese have incredible eyesight, and when you have large flocks circling overhead, they’re going to spot anything that isn’t right. If you’re hunting a public grain field and the geese want the field’s middle—as is often the case—the best option is a layout blind brushed in with natural cover, like corn stalks, weeds, and the like. But keep in mind that some farmers pick fields extremely clean. If you know you’ll struggle to find vegetation on site, plan ahead and add corn stalks, marsh grass, tumble weeds, or whatever the night before the hunt.

Once you are set up in the field, there’s one more chore, and it’s critical. Take a minute to make sure nothing shiny is visible. Common items that flare geese include watches, rings, glasses, and any uncovered skin. A little face paint goes a long way, and when birds arrive overhead, keep your face down until it’s time to shoot.

6. Sometimes You’ve Got to Shut Up and Listen

Every goose fanatic loves to hear himself call. I’m as guilty as anyone. But before you grab your horn and start blasting, listen to what the approaching flock is saying. Is it a group of lessers squawking like mad as they descend toward their morning meal? If so, match their intensity. However, if it’s a group of five Giant Canadas, and they aren’t making a peep, follow suit. Small flocks of large geese often like to fly low from the roost, make a half-circle, and plop down in the field. If you blast away at them, they more likely to plop down in the next field over. Bottom line, if you listen before you call, your calling with be twice as effective—and for a little while, at least, it’ll seem like old times, when goose hunting was easy.