While some hunters worry about EHD, officials say bad weather and a bumper acorn crop are likely to blame for the low harvest so far 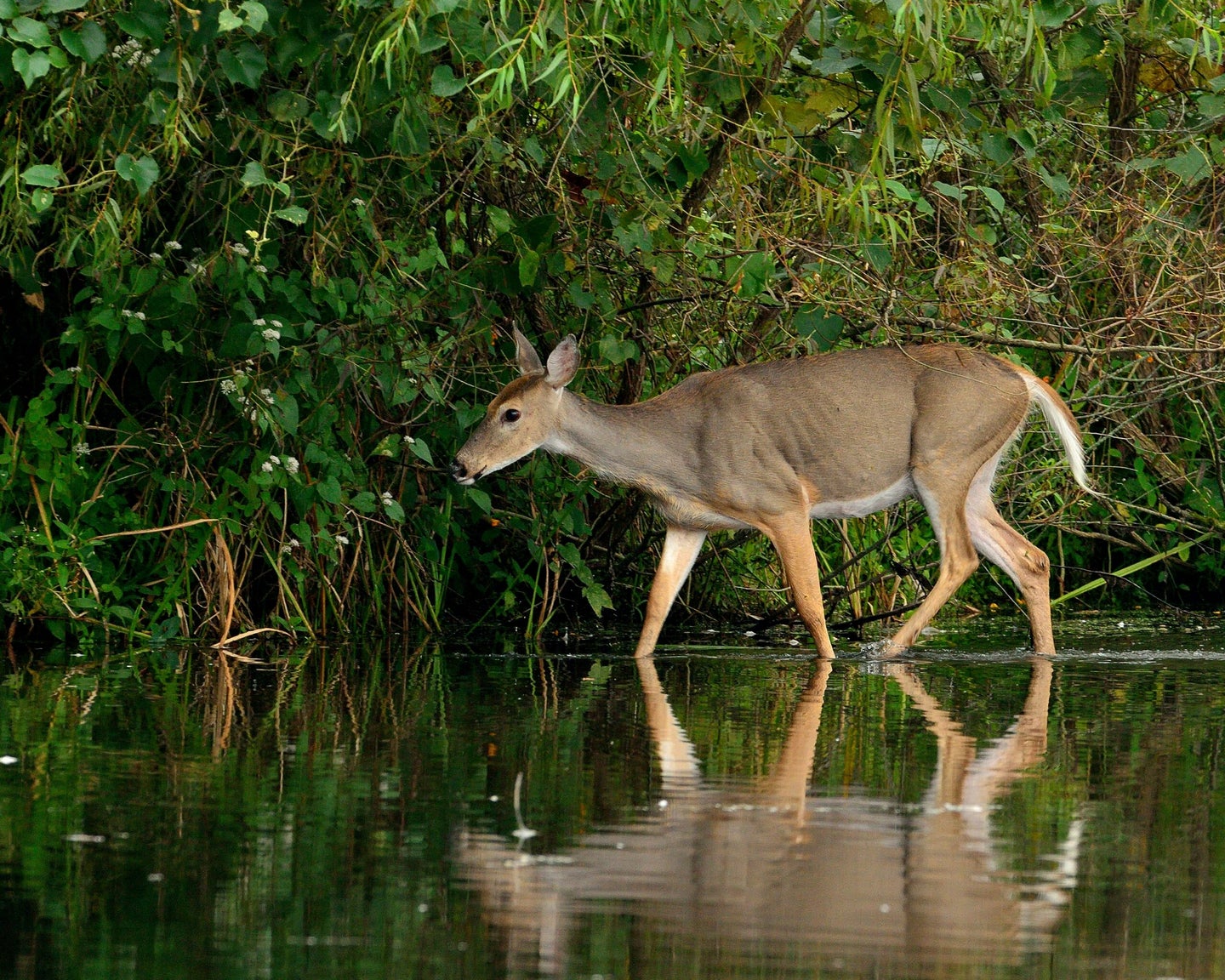 Wet condition have not been great for hunters, but they have likely prevented EHD deaths in Connecticut deer. Larry Keller, Lititz Pa. / Getty
SHARE

Although it’s early in the season and Connecticut is hardly thought of as a bellwether whitetail state, hunters are currently speculating about the precipitous drop in the deer kill thus far. The first month of Connecticut’s early archery season saw the deer harvest (1,055 reported) fall dramatically from previous years, down 43 percent from 2020 and 33 percent compared to 2019.

Connecticut Wildlife Biologist Andy LaBonte who works in the state’s deer program shared his insights, basically attributing the situation to lousy early-season weather and a bumper crop of acorns.

LaBonte says no major changes were observed over the last three years in terms of deer population. The average number of archery permits has also been stable, albeit with a slight uptick last year during the peak of the COVID-19 pandemic.

LaBonte points out that 2020 and 2021 recorded September temperatures have been “much above average,” with 2021’s September rainfall totals also significantly higher than normal. Wet and windy conditions made for some miserable hunting conditions during the first couple weeks of the season. The state’s 2021 “acorn index” is also expected to be high. Lots of acorns mean deer don’t have to move much, often resulting in fewer opportunities, especially for hunters who are slow to adjust.

LaBonte says Connecticut received just two separate reports of deer dying of unknown causes this year. While neither animal strictly met the normal testing criteria for EHD, LaBonte says the animals were still tested. Neither came back positive for EHD.

LaBonte says his agency has spread the word about EHD since the state’s first outbreak in 2017 in Central Connecticut (affecting 80-plus deer) and after another in 2020 (also 80-plus deer) in Southwestern Connecticut. “I think if another outbreak occurred this year, we would have gotten reports from the general public along with hunters who may be finding a large number of deer carcasses in the woods, especially in areas with water as they will seek those areas out as their body temperatures rise from the infection,” says LaBonte. “As much as I don’t like seeing all this rain (in regard to hunting conditions), I do think it kept us from having another year where EHD claimed the lives of the deer, as the disease typically shows up when there are drought conditions. I suspect the warm, wet, and windy weather and the abundance of acorns are the main factors (in this year’s low archery harvest).”