Crossbow vs Compound Bow: How to Pick the Right Hunting Bow for You

For beginner bowhunters, the decision between a crossbow vs compound bow can be daunting. Here's what you need to know to find the best bow for you 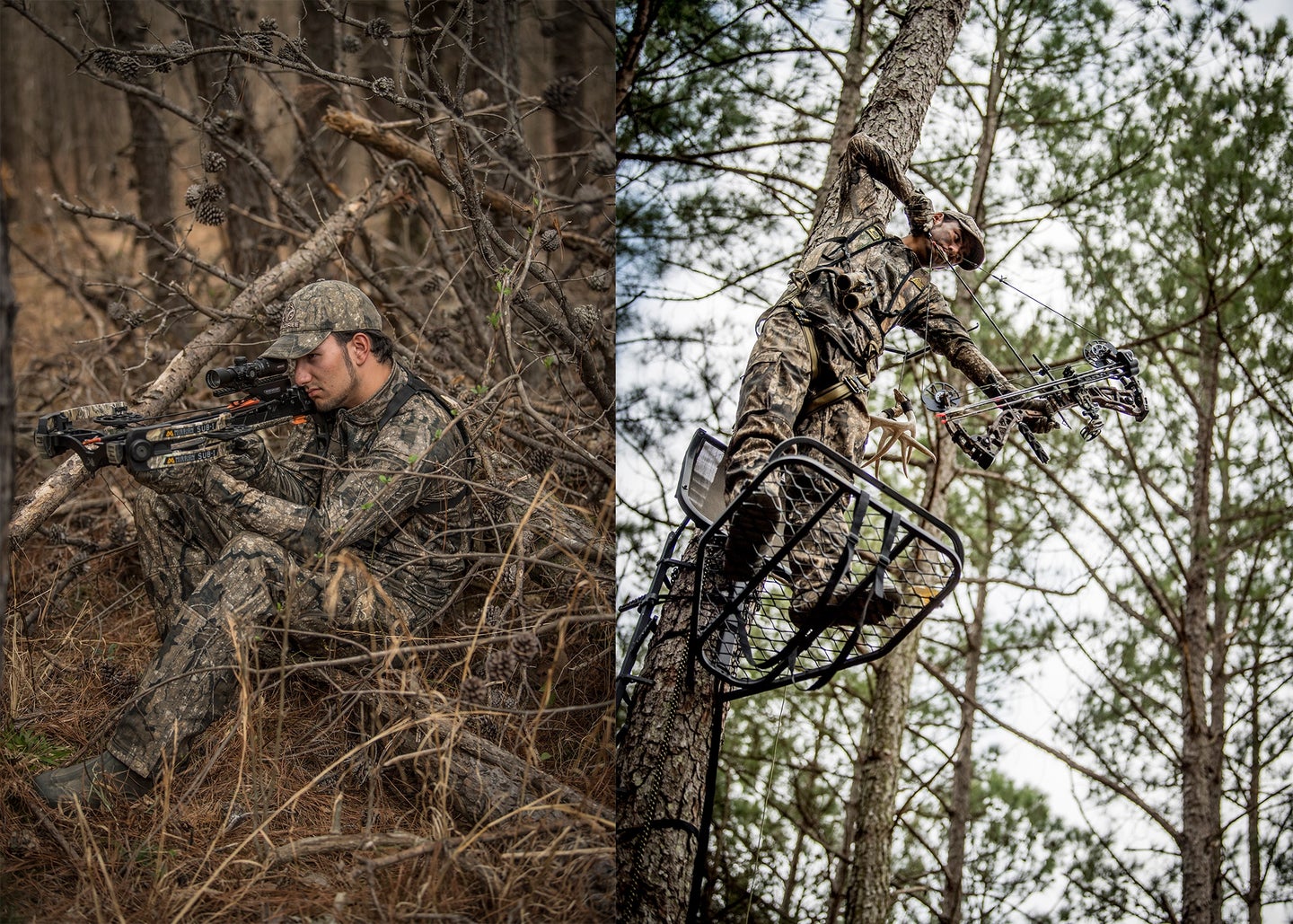 Walk into an archery shop these days and if they don’t have a section devoted to “crossbows,” you’ve entered an historic site. While debates about crossbow vs compound bow and whether/how/when either should be included in bowhunting seasons continue to simmer, this much is irrefutable—crossbows are here to stay. The question for newbies in the world of archery should not be: What is the best compound bow? Or, What is the best crossbow? Instead, it should be: Which of these bowhunting tools is the best choice for me? Here’s a checklist that should help make the decision easier.

Price tags on flagship crossbows from the top companies will leave you gasping in sticker shock and wondering if you should buy a used car instead. Naturally, you can get budget models from most companies as well, usually for a fraction of the price. One reminder on crossbows: Almost all are sold as “packages.” These usually include the scope, cocking rope, bolts, and sometimes a case.

Top-of-the-line (“flagship”) compound bows from most makers hover around the $1,000 mark. And you can spend more cash tricking the bow out with accessories and buying arrows. Most companies make a budget line, with bows that cost about half of a flagship model. These bargain bows are often packaged with sight, rest and quiver. These bows are perfectly capable shooters, though not as fast, light, or cool-looking as the Cadillacs.

If your crossbow-vs-compound decision all comes down to price, I would say that compounds get a slight edge over crossbows. Most kit bows are reasonably priced, include great hunting accessories, and shoot nearly as well as most flagships. Most mid-priced crossbows are perfectly serviceable as well. But flagship models give bows the nod. For a thousand bucks, you can usually get the best model a company makes. For a premium crossbow, expect to pay far more.

If you know how to shoot a gun well, then the stock, forearm, and trigger of a crossbow will feel very familiar. Most crossbows are fitted with a scope, so once you’ve zeroed the thing even aiming is a breeze. Master the basics of shooting your crossbow and the only reason you really need to practice is to make sure your scope is “on” and your bolts are straight.

While even a reasonably proficient archer can make a compound seem easy to shoot, that’s an illusion. It takes hours of practice to master the trifecta of gripping a bow properly, lining up sight pins, and touching off a release. Although, even when you’ve got the basics of form and parts of the compound bow nailed down, you’ll need to practice to maintain that proficiency.

While there are some crossbows with super-slim profiles and reduced weight, those are typically the flagships. The garden-variety crossbow is pretty clunky compared to a compound. Follow-up shots take far more time. (We actually clocked how long it took to shoot a 3-shot group with a crossbow compared to a compound bow: 58 seconds and 35.3 seconds, respectively.) Plus, with the added noise of a crossbow, the chances of a game animal still being present in the wake of a miss are scant.

With a slim profile and relatively light weight, compound bows are at home in a ground blind, tree stand, or on a stalk or still hunt. If (gasp) you should miss a shot, plucking another arrow from your quiver and getting it nocked and ready to shoot is pretty seamless. Toting a bow to your deer stand is pretty thoughtless for most hunters. If you’re a backcountry hunter, there are several slings and bow packs that make transport pretty easy.

Finding a 300 fps crossbow is like spotting a red hat at a Trump rally, and several companies consider 400 fps perfectly reasonable. Thanks to the steadiness of a rifle stock and a scope, accuracy is borderline ridiculous with a crossbow. Let’s be real: Most “Robin Hoods” with a compound are accidents. But stick a sighted-in crossbow on a rest and shoot a three-arrow group at 30 yards, and even a newbie risks shredding fletching or busting a nock.

Awhile back, a couple companies engaged in a speed war. Their goal was to produce a bow capable of shooting a 400 fps arrow. While they both succeeded, there were maybe 10 archers in the country who could shoot those bows well. These days, most companies are content to crank out a 300-fps bow that handles well enough to hunt with. As for accuracy, that’s highly individual and dependent on the shooter’s form, equipment, and commitment to practice..