It’s Time for the Pope and Young Club to Finally Accept Crossbows. But Will They?

The Club says it has a big announcement coming. It should be a radically new position on crossbows and the trophies taken with them 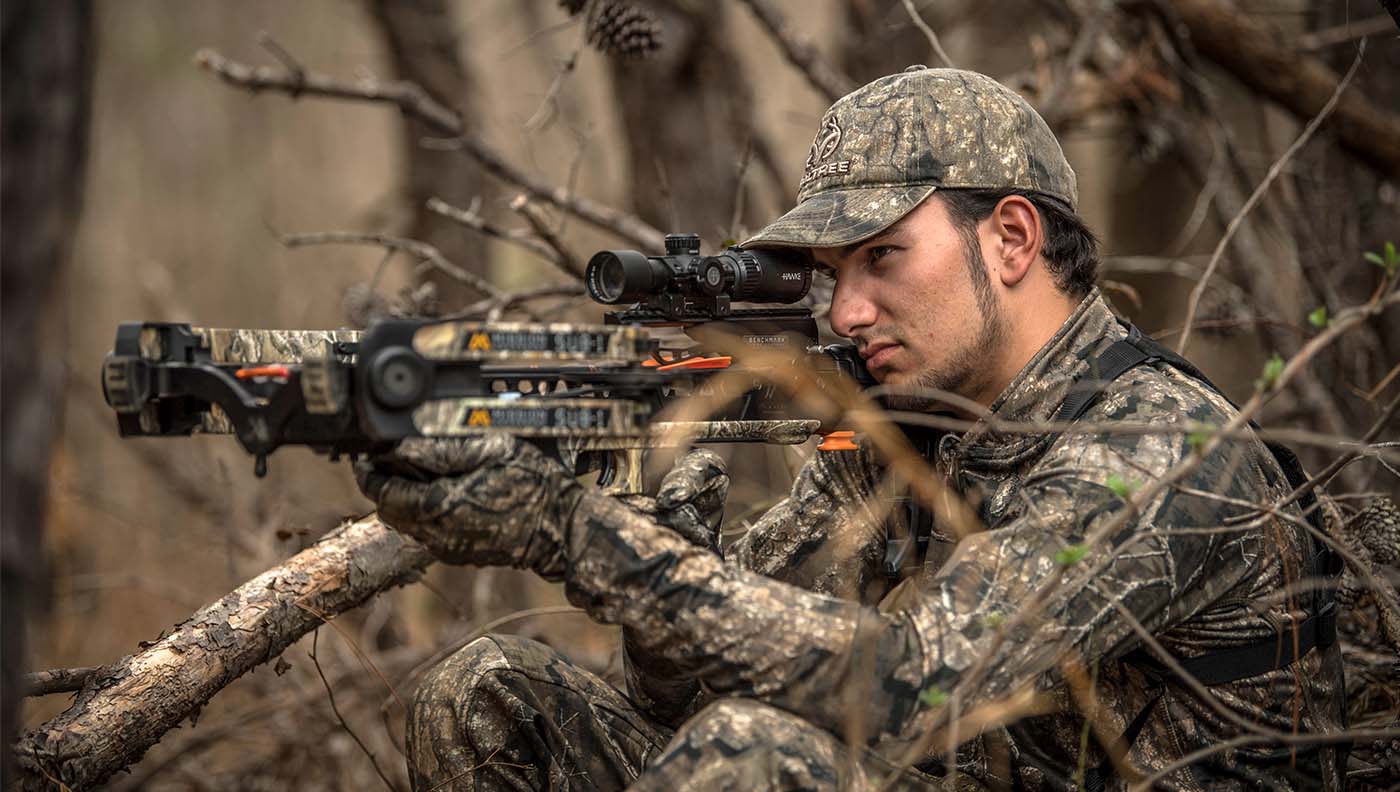 Crossbow hunters should get their own season and their own record-book category, separate from bow or gun kills. Realtree
SHARE

The Pope and Young Club’s 32nd Biennial Convention begins this week in Reno, Nevada, and ahead of it, the Club has said that it will be making some “significant announcements and changes” during a media event on Thursday, the 15th.

There’s quite a bit of buzz about what that announcement might be, but my money is on a major change in the club’s position on crossbows. Right now, P&Y’s position statement on the implements in general and on the recognition of crossbow kills in their big game record books, is this:

The Pope and Young Club therefore recommends the crossbow should not be considered for use in any bowhunting only season. Also, the Club strongly recommends that crossbow hunting be abolished from all existing bowhunting only seasons. We encourage all states and provinces which desire to allow use of crossbows for hunting big game, to require mandatory crossbow specific education, licensing, seasons and reporting requirements.

That’s been their line in the sand for a long time. However, pressure from the bowhunting public—and perhaps more so from the hunting industry—has caused P&Y to change its stance on other issues in the past. In the 1980s, they put a 65-percent maximum let-off requirement on compound bows but then dropped it in the early 2000s, when most bowmakers were selling way more 80-percent-plus let-off bows than 65-percent models. The fact that P&Y wouldn’t recognize animals taken with those high let-off bows didn’t seem to dissuade hunters from buying them one bit. So the Club relaxed the rule. They did the same with their rule on electronic devices in 2014, allowing hunters to use lighted nocks and video cameras on their bows.

Those changes were big news at the time, but the proliferation of crossbows into the archery market is setting the stage for a much bigger shakeup. Crossbows have taken off in the past decade, with their use during hunting season surpassing vertical bow use in states like Ohio, where they’ve been legal for decades and such information is tracked. (That information is not tracked in most states, but I’d bet crossbow use outpaces vertical bow use in plenty of other places where both are legal, too.)

The Two Things P&Y Should Do About Crossbows

The number of new crossbows has eclipsed the number of new compounds in our annual flagship bow test for the past three years. And there’s big money involved. Top-end crossbows can cost $4,000, and there are plenty of crossbow-specific accessories to buy too. Most states now allow crossbows during at least a portion of the archery season, and many make no distinction at all between crossbows and compound bows in their equipment regulations. When you hear of a state making changes to crossbow regs, it’s almost universally to relax them.

These days, in the bowhunting industry, people who question the crossbow’s place in bow season are generally ostracized for being divisive in a time when hunters need to be united. But mostly, crossbow money is bigger than it’s ever been, and that money talks.

So with all of that in mind, P&Y is going to have to address crossbows in a more thoughtful way, sooner or later. Were they to ask me—which they haven’t—I’d say the solution is pretty simple. Make an adjustment to keep up with the times, but keep a clear distinction between bow kills and crossbow kills in the record books.

1. Help Kill the Idea That Crossbows Are Not Valid Big-Game Hunting Tools

Only Oregon currently outlaws crossbows altogether for big-game hunting, and there is at least a proposal in front of the state Department of Fish and Wildlife right now to allow them during gun season, starting in 2021. That’s a good thing because the current regulation is one of the dumbest in the nation, and I can’t imagine that there’s anything more to blame for it than some anti-crossbow vendetta held by a commissioner who’s never actually shot a crossbow.

Whatever the reason, that refusal to even recognize crossbows as valid hunting tools is badly outdated, wherever it happens. They’re incredibly efficient hunting tools that are more effective than compound bows yet still a far cry from rifles.

Their performance separates them so much that I don’t think they belong in regular archery seasons, but given their popularity, crossbow hunters should get extra hunting opportunities outside of the firearms season. Generally, crossbow hunters and vertical bowhunters shop at the same stores, apply for the same permits, pay the same fees, and hunt for the same reasons. Data suggests that many crossbow hunters are former bowhunters who switched to the easier, more effective tool, either to give them more time in the woods, less time on the practice range, better effectiveness, or all the above.

Point is, there’s no reason for a conservation group like P&Y to have such an alienating policy toward such a large portion of today’s archery-season hunters. Crossbows are here to stay, and a lot of hunters prefer to use them instead of vertical bows. Move on.

2. Give Crossbow Hunters Their Own P&Y Record Book Category

All of that said, a good number of crossbow advocates have been screaming for P&Y to get with the times and recognize crossbow kills as bow kills! At times, I think the hunting industry is ready to cancel people who dare say a crossbow kill isn’t the same as a bow kill.

If so, I’m about to get cancelled—because a crossbow is not the same as a bow kill. Real bowhunting is harder. Unless you think the bench-warming kids on the team deserve trophies, too, you can’t argue with that.

Still, right now, between the two biggest and most prestigious records-keeping organizations—P&Y and Boone & Crockett—crossbow hunters are limited to B&C’s minimum score requirements (160-inch typical and 185-inch nontypical for Awards recognition and 170 and 195 to make the All-Time books) instead of P&Y’s more lenient 125- and 155-inch minimums.

Just as bowhunting is harder than crossbow hunting, crossbow hunting is harder than gun hunting. And for all the differences between bows and crossbows, the challenge and experience of using a crossbow is still closer to bowhunting than to rifle hunting. (I say that with total conviction as someone who hunts a whole bunch with all three tools every fall, and I have for years.)

P&Y should therefore have a crossbow category for all species, with a 20-percent increase in the minimum typical score, and 10 percent added for a non-typical entry (where applicable).

So for whitetails, that’d be a 150-inch typical minimum score, and a 170-4/8 non-typical. It should be retroactive, meaning older crossbow kills could qualify. Equipment considerations might include legal hunting crossbows with a minimum bolt/arrow length, identical broadhead requirements to bow kills, and the requirement that arrows are propelled only by the power of limbs, strings, and cams. In other words, no air bows or crossbows with pneumatic assistance (not that the latter exist, that I’m aware of, but I’ll bet they’re coming). Maybe even put a speed cap on them for now—say, 450 fps—so as to give the crossbow hunters of 2032 something to bitch about and petition to change.

This would all give crossbow hunters the recognition—and acknowledgement—they deserve from P&Y, and it would also preserve the prestige and challenge of getting a Pope & Young bow kill. It all seems like an easy fix to me, and one I hope to hear all about very soon.