What It Feels Like to Fall Out Of Your Tree Stand

One second, Bob Borowiak was scouting a buck from an observation stand; the next, he was on the ground, fighting for his life 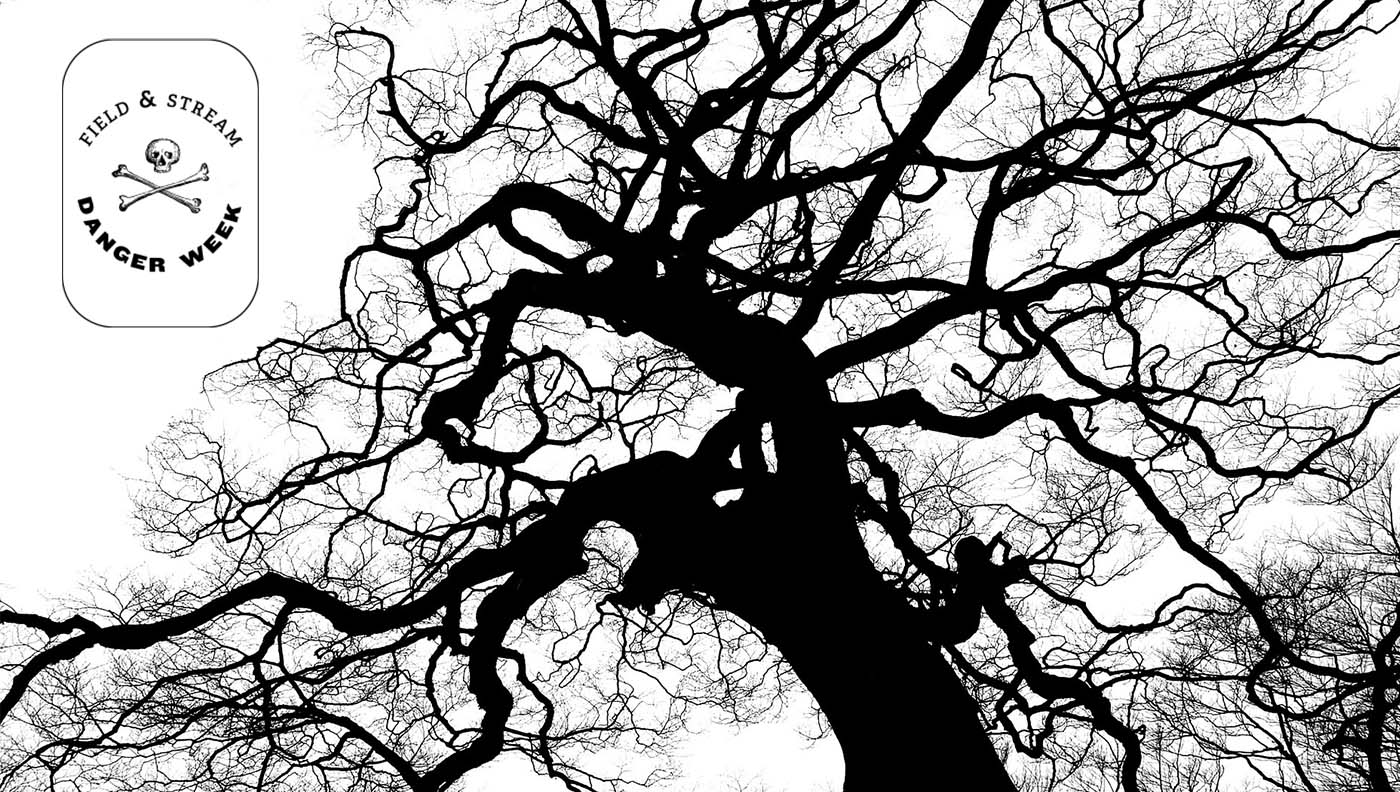 In a flash, Borowiak was flat on his back on the ground and staring up into the tree he'd been sitting in. No-longer-here from Pixabay
SHARE

To celebrate the launch of our brand-new Danger Issue, all week long we’ll be publishing close calls and cautionary tales of the most dangerous game and the big guns you need to stop them. So swallow that lump in your throat and keep reading.

On August 16th of 2008, southeastern Minnesota bowhunter Bob Borowiak was scouting a nice whitetail buck that was coming out to a hayfield, about a mile back from the road. He had a treestand nearby, and he decided to climb into it to get a better view of the field and of the buck he hoped would come out. What he got was something else entirely. Here is his story.

When I reached the stand, I realized I didn’t have my harness, but I did have a single strap, so I started climbing. Having not sat in this stand for a while, I checked it over closely. It was a chain-style hang-on and everything looked good, all the connections solid. I climbed in and wrapped one end of the single strap around my waist then attached the other to the tree. And as I went to sit down—POW!

It was almost like a small explosion. When the tree grew, it cracked one side of the clevis where the chain connected to the stand, and as that gave way, the sudden release of pressure shot me out like a cannon. It was like someone kicking a chair out from under you, but also giving you a hard shove in the bargain.

The buckle of the single strap flew apart and before I knew it, I was falling. I reached out to grab at the tree, and arm snagged on a tree step. I know it was a tree step because the scar near my elbow, all these years later, still shows that crosshatch pattern that gives steps their traction.

I clearly remember my head hitting the fencepost. At the edge of the hayfield, not far from the base of the stand tree, was a 5-strand barbed-wire fence hung mostly on T-post stakes. If I’d hit one of those I’d probably be dead. Instead, I hit one of the few wooden posts, and I must have hit it sideways because it broke the socket of my right eye. It felt like someone hit me with a baseball bat.

I landed on my tree stand, which knocked me out for a few seconds, and when I came to, my leg was hanging on the top strand of the fence, caught in barbed wire. I tried to take a breath but couldn’t seem to get any air. It was like someone was sitting on me.

I thought, Now you’ve done it.

I rolled over and tried to stand up, but I couldn’t. I was shaking like crazy and weaker than hell. I was on all fours, just trying to breathe when I remembered by phone. I looked up and saw my pack still in the tree and had a moment of panic, but then I found it in the cargo pocket of my pants and tried to call my wife. It just rang and rang. Finally, on the fourth try, she answered.

When I’d parked my truck to go scouting that evening, a friend and neighbor pulled alongside me to chat. I told him about the buck and exactly where I was going to try to get eyes on him. So, when I spoke to my wife on the phone, I said, “Call Frank. He’s got a 4-wheeler and he knows where I’m at.” She called 911 first, then Frank.

It took Frank about 20 minutes to get up there, but it seemed like hours. The pain in my ribs was excruciating, and I could hardly take a breath. The only position I could get into that wasn’t unbearable was a squat, of all things. I can’t explain to you how relieved I was to hear Frank’s 4-wheeler—and to know that I wasn’t going to have to spend the night out there, kicking the coyotes off.

I heard him shut the machine off and he hollered. I went to holler back, and I couldn’t get anything out. I thought, Oh no. He’s not going to hear me. I could feel myself going downhill fast. Breathing kept getting harder and harder, and at that point, I absolutely thought I might die in the woods.

I’d had a near-death experience when I was younger, and my life flashed before my eyes, like they say it does. But this time, I consciously thought about things. I thought about my kids and how they would get by without a dad. I wondered if I be able to work and support my family. If I’d ever pull a bow again.

I heard Frank start the 4-wheeler again and then stop, and I managed  a bellow. As soon as he found me, he knew it was more than he could handle, and he sped off again to bring up the emergency crew. When they reached me, they called in for a medivac and then took my shirt off to examine me.

“We’re going to have to put in a chest tube,” one of them told me.

“Right here, now?” I asked. The thought of them doing that in the field, as I’m laying in the dirt, scared me. But they nodded yes.

I found out later that I was slowly dying right then, and I would have died without that tube. My broken ribs had punctured my lungs and there was no exit wound, so it was creating pressure. When they made the cut along the ribs on my right side to put the tube in, I could hear the escaping air whooshing out of me.

The helicopter landed in the little hayfield I’d been watching. Seeing it touch down was a mix of awe and relief and an overwhelming sense of how lucky I was to be making out alive.

The next thing I knew, I woke up in the hospital. I was in all this pain and suspended in a cargo net. I started hollering and screaming, “What’s going on here?!” They said they had to weigh me for the meds. That was almost worse than the fall.

I ended up with a concussion and a brain bleed, 9 stitches on face, a broken eye socket, dislocated collar bone, 10 broken ribs, a punctured lung, and sprained hand. I looked like someone had run me over with a truck.

It was a scary day. But it was also remarkable. I was 60 when it happened, and I’m still pulling a vertical bow at 73. How lucky is that? I still climb trees, but mostly ladder stands now, and I always wear a harness. You never think it will happen to you. You get used to getting away with things, and you get careless. Now I think about every step. I think about where my left hand is going to go, and then I think about where my right foot will go.

The extra caution is a welcome result of the fall. I do still have some problems. I can’t sleep on my right side, and there are all kinds of other minor issues. But I’m alive. And I’m still hunting. —As told to Dave Hurteau