After a close encounter during archery season, David Heinemann took the giant deer on the second day of firearms season. It scored 235 4/8 inches Buckmasters 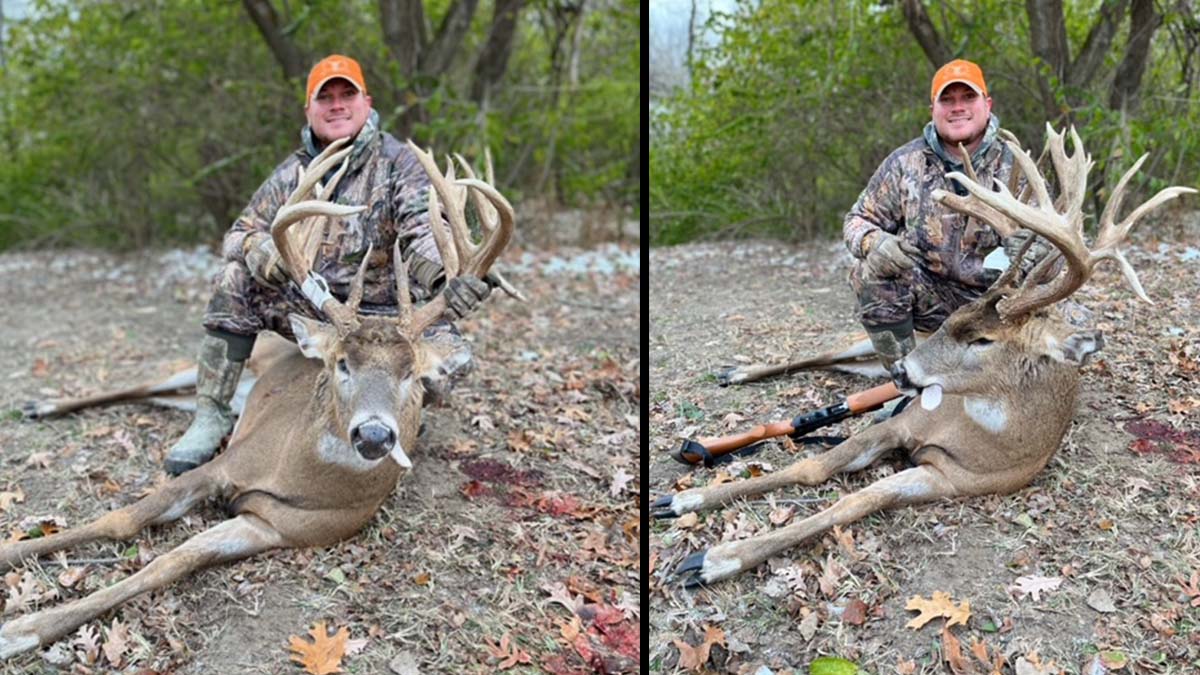 Most of us will never even see a 200-inch whitetail, much less get a shot at one. Illinois whitetail hunter David Heinemann got not one, but two chances to kill an absolute goliath of a buck this fall. Heinemann tagged the buck on the second day of the Prairie State firearms season, a week after he had an incredible encounter with the very same buck while bowhunting.

The hunt for the big buck began during the archery season. “It was November 14, and I  was actually at work when I got a pic from my TactaCam wireless cell camera of the buck at 8:50 a.m.,” Heinemann recalls. “I grabbed my boss and said ‘I gotta take the rest of the day off, I’ve got a sick kid.’ He just laughed and said, ‘No you don’t. You’re going deer hunting aren’t you?’ Well, I smiled and took off for home to get my gear. By 1:00 p.m. I was heading to my stand.”

As he walked toward his tree stand, Heinemann was putting down a scent trail of deer urine. That’s when he looked up and saw the giant buck literally feet away. “I honestly felt I could have touched him, he said. “The buck stopped and looked back at me, then just kept walking.” When the buck disappeared, Heinemann ran to a nearby tree stand, from which he spotted the buck at 150 yards. “I grunted at him, and he ignored it, then I snort-wheezed, and he snapped his head around and came trotting in to 75 yards and stopped, licking his nose and trying to smell the buck he’d heard. He finally worked in to what my rangefinder said was 45 yards. But I think my rangefinder must have locked on something between us because when I shot, my arrow flew a foot low.”

It was a clean miss. With the gun season coming up soon, Heinemann decided to rest the small, 100-acre property, fearful the buck might move off to areas he didn’t have permission to hunt. At dawn of the second day of firearms season, he was in a stand and didn’t have to wait long for another crack at the giant. “I was strapping the arm for my video camera to the tree right at daybreak,” he recalled. “And I looked up and the buck was coming right at me. By the time I grabbed my gun, he was already in range. When he got to within 50 yards, I took the shot. He actually ran toward me and died. I always call my wife when I get a deer, and her phone was ringing at 6:45 a.m.”

When Heinemann climbed out of the stand and approached the buck, its antlers seemed to grow. “I honestly didn’t believe he was as big as he was until I walked up to him,” he said. “Then I saw all that junk and thought, Wow.” Heinemann had every right to be impressed; While the buck sported a modest 15-⅜ inch inside spread, every other feature was world-class, including 23 scorable points and over 6 inches circumference. The giant whitetail scored 235 4/8 Buckmasters, which is a scoring system that does not take into account the inside spread. In addition to its incredible rack, Heinemann said the buck was big-bodied. It had a field-dressed weight of a whopping 250 pounds.

The buck was actually the second 200-plus-inch giant Heinemann had tagged from the property. He says he took a buck that grossed 210 inches there in 2020 with his muzzleloader.