Sam Perotti's uncommon kill, which rough scored a respectable 150 inches, is most likely either a hermaphrodite or a pseudo-hermaphrodite 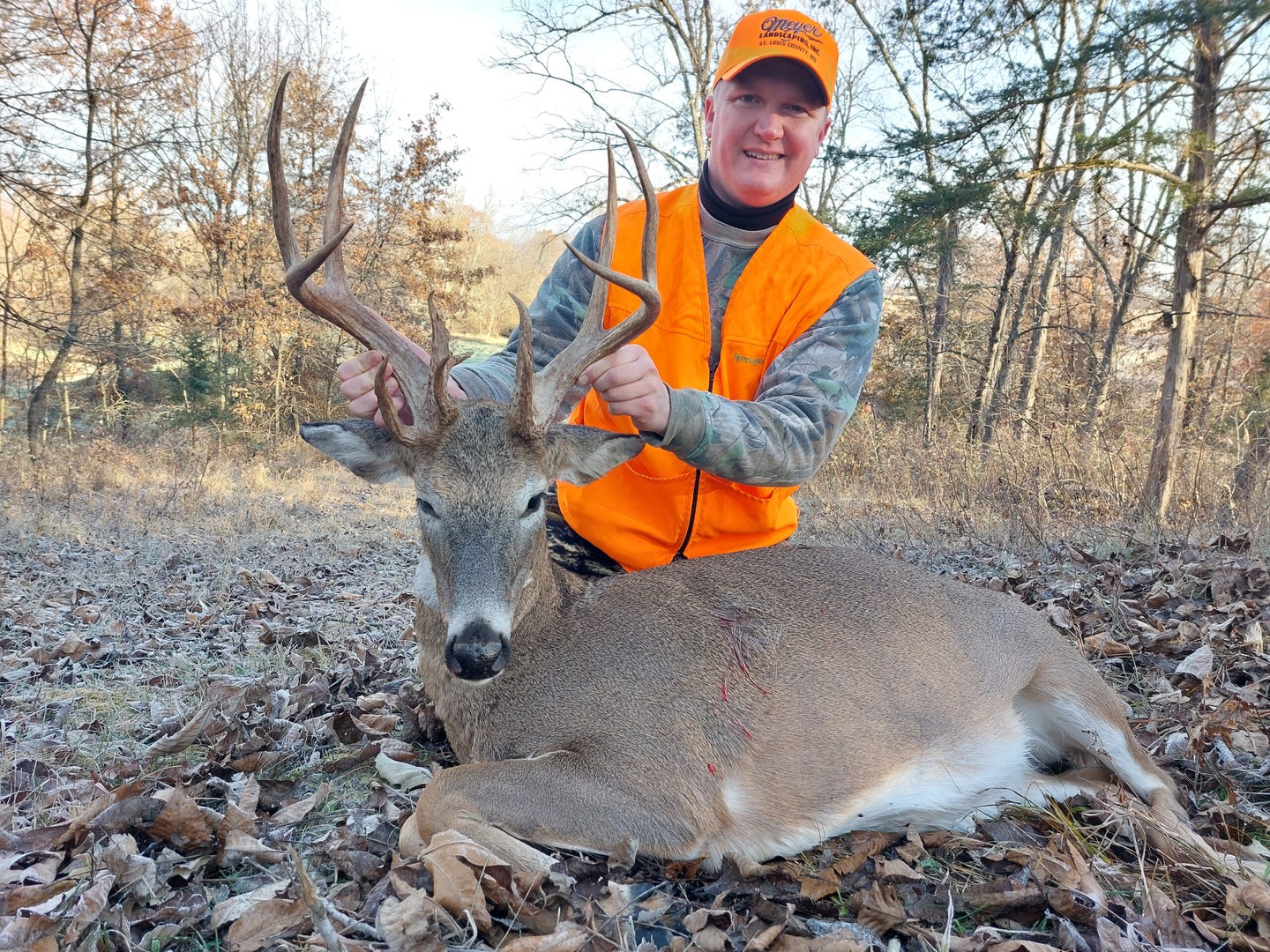 This deer has 150 inches of antlers—but it isn't a normal buck. Mike Perotti
SHARE

Sam Perotti of Washington, Missouri, and his friend Bob Neske were doing some early reconnaissance for deer season on a 400-acre lease in Monroe County when they got some trailcam pics of a deer that raised their eyebrows. It was an odd-looking “buck” that Neske thought might actually be antlered doe. Then a few weeks before firearms season began, they saw another buck chasing the odd-looking antlered deer, which added to their suspicions.

On the morning of the seventh day of the firearms season, Perotti climbed into an elevated box blind before daylight. It was the coldest morning of the season, with temps hovering around 19 degrees, and deer activity was good. At 7:30 a.m., after several does had passed Perotti’s blind, what appeared to be a decent buck moved along a hillside 130-yards away. Upon closer inspection through Perotti’s riflescope, he saw it was the deer he surmised was an antlered doe. Perotti immediately put the cross-hairs behind the deer’s shoulder and squeezed the trigger on his custom Savage 7mm short magnum.

The deer collapsed immediately. When Perotti climbed down from his blind and walked up to it, he immediately confirmed the deer’s lack of male genitals. The rare deer had 16-points and rough scored 150 inches.  “I was so excited,” says Perotti. “The first thing I did was call my friend Bob and tell him I shot the deer we had on the trailcam.”

Perotti’s Deer Is a Hermaphroditic Deer Not an Antlered Doe

Jason Isabelle, the Missouri Department of Conservation‘s Cervid Program Supervisor, did not inspect Perotti’s deer but believes it is not actually an “antlered doe” but a hermaphrodite or a pseudo-hermaphrodite. “Male pseudo-hermaphrodites can look like a female deer externally, but they don’t have ovaries,” Isabelle says.  “These deer have testicles, but they’re located either inside the abdominal cavity or under the skin near the abdominal cavity, so they’re not readily apparent when looking at the deer.”

Read Next: Virginia Hunter’s 20-Point “Buck” Turns Out to Be a Doe

Isabelle also says that the deer could quite possibly have also been a true hermaphrodite, which has both ovaries and testicles on the inside. True antlered does do not lose their velvet or shed their antlers. Unlike Perotti’s hermaphroditic deer which has hardened antlers, they keep their misshapen velvet antlers year-round and add on a little bit of antler growth each year.