Shotshell Review: Original HeviShot Is Back

The shotshell that started the tungsten-iron craze is back. Now called Hevi XII, it hits as hard as ever and is relatively affordable, to boot 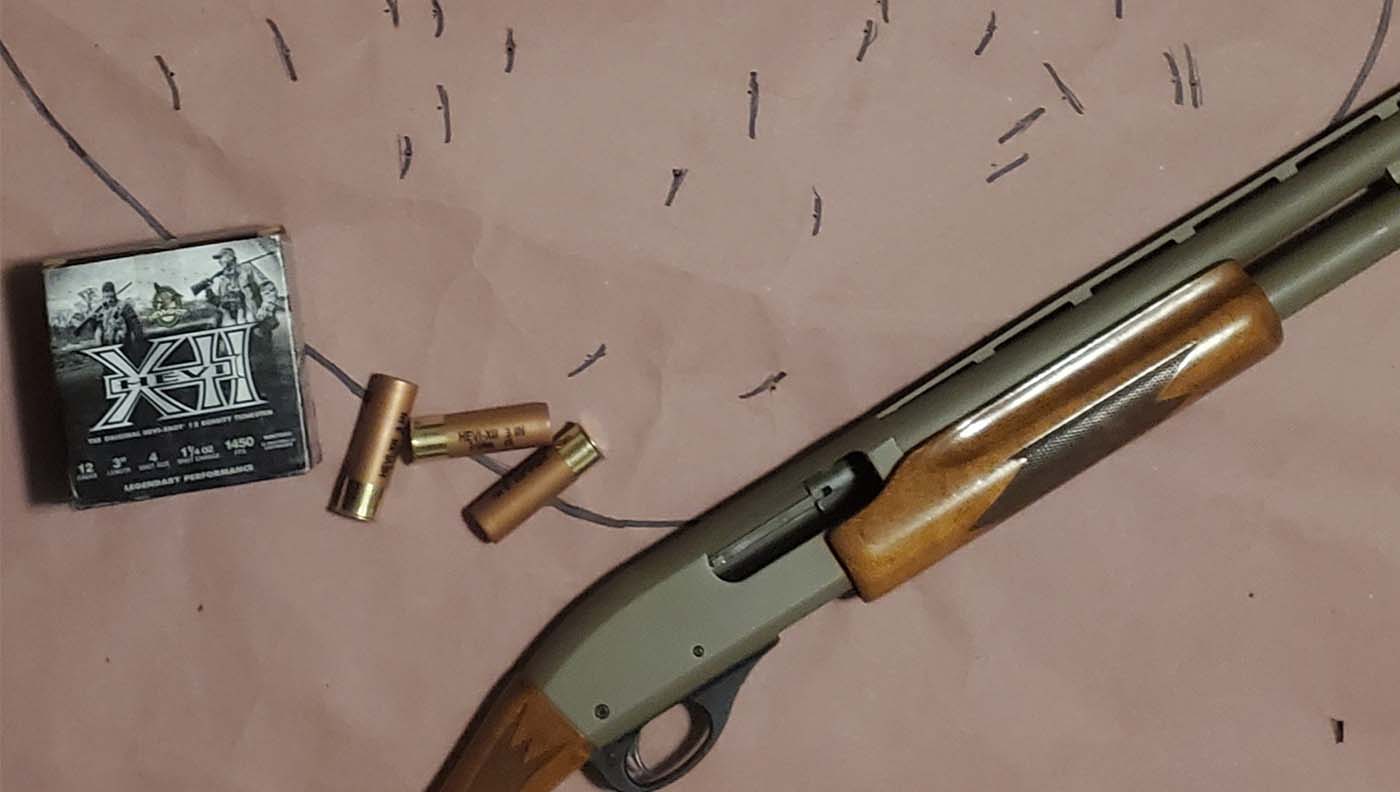 Original HeviShot is now called Hevi XII, it comes in 25-round boxes, and compared to the price of other tungsten-iron products, it’s “affordable.” Who says there is no good news anymore?

Recently acquired by Vista Outdoor, HeviShot offers Hevi XII in 3-inch 12, 20, and 28 (yes, that is 3-inch 28*). You should be able to buy it this fall, inasmuch as it’s possible to buy any ammunition these days.

HeviShot first appeared in the late 1990s. Made of tungsten-iron alloy, it was denser than lead, weighing 12 grams per cubic centimeter vs 11.2 g/cc for lead and a paltry 7.8 g/cc for steel. In pellets, density is everything. The denser the pellet, the better it retains velocity and energy, and the better it penetrates. HeviShot wasn’t cheap, but its reputation for clean, long-range kills spread, and enough hunters thought it was worth the price to shoot shells that hit harder and patterned tighter than the best premium buffered lead magnum ever could. HeviShot kicked off an era of denser-than-lead ammunition that lasted until the price of tungsten grew so high that the only people who would buy tungsten-iron shotshells were turkey hunters who can milk a box of 10 shells for a good part of a decade.

New HeviShot Hits as Hard as Ever For About $2.50 Per Shell

HeviShot was unusual stuff. The pellets looked like byproduct, not shot. Pellet size within a single shell showed a lot of variation. It came in odd shapes, too: ovoids, snowmen, blobs, conjoined-twin pellets, and, oh yeah, some of them were round. While it had always been an article of faith among ballisticians that round pellets patterned the best, misshapen HeviShot pellets patterned almost too well.

As the cost of raw tungsten climbed, Environmetal, makers of HeviShot, tried to control prices by offering blended loads combining steel and HeviShot (HeviMetal, SpeedBall); by offering lower-density tungsten-iron products (original HeviSteel and HeviX); and by fiddling with the formulation of HeviShot itself. For instance, they split it into HeviShot Duck, which wasn’t quite as dense as lead, and HeviShot Goose, which was the good stuff. Even so, it became prohibitively expensive.

Thus, it came as quite a surprise to me this summer to learn that it was back, formulated to full strength and packed in boxes of 25 shells for $60-$72 per box, which, for tungsten-iron, is downright reasonable. HeviShot’s Tina Larsen says reducing the number of shell offerings to just a few allows for longer production runs and lower prices. Packing shells 25 per box saves money, too.

My HeviShot samples were 3-inch 12 gauge, 1¼ ounces of No. 4 shot at 1450 fps. To be sure this was the real stuff and not a marketing sleight of hand, I cut a shell open and measured and weighed the pellets. At an average of almost .14 inch, the pellets were a little larger than 4 shot (.13 inch) is supposed to be, but at 3.8 grains apiece in weight, it’s way heavier than a lead 4 (3.25 grains). They counted out to 114 pellets per ounce versus 135 pellets per ounce for lead 4s.

Patterns from a Rob Roberts T2 (about Light Modified) in an Remington 870 were excellent, averaging around 76 percent. That’s about what we learned to expect from the original stuff, which likewise printed Full choke patterns from fairly open chokes. I am eager to shoot up the rest of these this fall. HeviShot 4s are one of my all-time favorite big-duck-with-a-chance-of-geese loads, and I am confident that these will perform just like the HeviShot that astounded us when we first shot it 20 years ago.