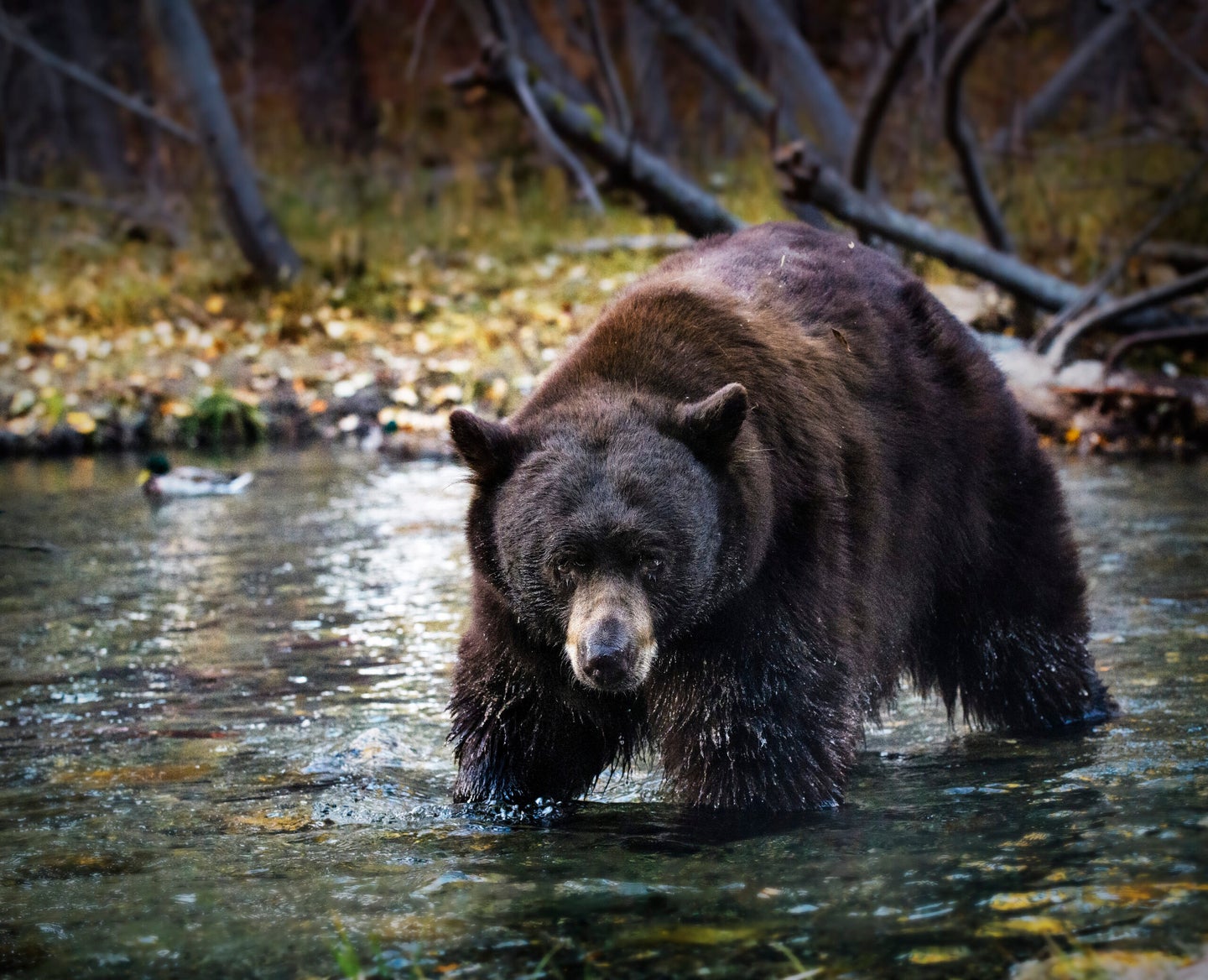 California is home to an estimated 30,000 to 40,000 black bears. Vicki Jauron / Babylon and Beyond Photography via Getty
SHARE

Bear hunting is under fire in California—again. The Humane Society of the United States has submitted a petition to the California Game and Fish Commission seeking to block bear hunting in The Golden State indefinitely. This is the second time anti-hunting advocates have tried to ban bear hunting in California in as many years. In early 2021, State Senator Scott Weiner of San Francisco put forth a legislative bill to outlaw bear hunting—but quickly pulled it after immediate backlash from the hunters in California and beyond. Now, only a year later, California hunters are again staring down an effort to limit hunting opportunities in a state that already prohibits mountain lion and bobcat hunting.

The HSUS petition does not seek a permanent ban on bear hunting but instead asks the commission to put a total halt on bruin hunting until three things happen: The state conducts an empirical study of the state’s bear population, researches the effects of drought and wildfire on bear populations, and updates its bear-management plan. The organization cites “record-level fires and drought” and “human persecution of bears…through hunting and predator control” as key threats to the state’s bruins.

The HSUS petition claims that California’s bear population has declined steeply in recent years. The organization uses decreasing hunter-harvest numbers to imply that the overall bear population has declined and to justify a hunting ban until a more empirical study is completed. “What we do know is that the numbers of black bears killed annually is in decline while the number of bear hunters themselves has increased with a record 30,388 in 2020, providing further indication that the state’s bear population is declining,” writes the HSUS.

California Department of Fish and Wildlife (CDFW) Public Information Officer Peter Tira confirmed that hunter harvests have been down for the last couple of years. But Tira emphasizes that this is not, in itself, evidence of a population decline. He notes that the harvest dropped significantly after 2012—the last year that hound hunting, which is the most effective way to hunt bears, was permitted. Moreover, he says that higher bear-tag sales do not necessarily equate to more people targeting bears. “Most bear tags in the state are bought as opportunity tags,” explains Tira. “Like in my own case, I buy a bear tag every year. I’ve never shot a bear in California. But you’re going deer hunting, so you pick up a bear tag in case you run into one when you’re going deer hunting. You get a lot of unfilled bear tags for this reason.”

Tira says that as of this month, the CDFW conservatively estimates a population of 30,000 to 40,000 bears. The CDFW keeps the bear kill quota at 1,700 animals and would close the bear season when that number is reached, though it hasn’t been in recent years. He adds that even if the statewide bear population were closer to 30,000 individuals, a harvest of 1,700 bears would still be sustainable. Tira acknowledges that recent wildfires may have impacted bear populations in Calfornia but says that the CDFW does not share the HSUS’s belief that they have spurred steep declines.

“From our perspective, bears are thriving in California,” says Tira. “We’ve seen their numbers increase substantially in recent years. We’re seeing bears in places we’ve never seen them before. So, they also seem to be expanding their range. Every indication we have is that the population is healthy and robust.”

California has long been a target for anti-hunting efforts. The state has a large urban population and low hunter participation rates, not to mention very strict firearm-ownership laws. California voters banned mountain lion hunting back in 1990. More recently, the state enacted a set of “animal welfare” bills in 2019 that banned fur trapping and bobcat hunting, despite efforts from pro-hunting conservation organizations to fight the ban.

“California has a track record of making emotional decisions when it comes to wildlife management,” says Devin O’Dea, California Chapter Coordinator for Backcountry Hunters & Anglers, which is urging the Fish and Game Commission not to suspend bear hunting. “That may be related to the low percentage of hunters in the state, a disconnect between people and their food sources, and dense population centers. Hunting may just not be something that people are really as accustomed to as they are in other western states.”

O’Dea emphasizes the importance of hunters talking with non-hunters about why they hunt. He says that a lot of Californians perceive bear hunting as trophy hunting, even though everyone who fills a bear tag is required by law to take the meat from the bear. Though many Californians may not hunt today, he says that the state has a long history of bear hunting “Bears have been a traditional food source for a long time,” he says. “The original gold miners out here were selecting bears over deer for their desired food source for the winter because of its fat content and the amount of meat it provides.”

Meanwhile, the HSUS and other anti-hunting organizations have been leading other attacks on hunting nationwide. Last fall’s bear season in New Jersey was nixed for political reasons. More recently, anti-hunting groups have pushed for predator hunting bans in other states and even attempted to ban mountain lion and bobcat hunting in Colorado, a state with high hunter participation rates. “It’s become increasingly evident that hunters are not the majority,” says O’Dea. “To really stand up for our traditions and practices, we need to band together.”

The Current Petition Could Result in a Range of Outcomes

The HSUS petition will be considered this week by the California Fish and Game Commission at its February 16-17 meeting. The Commission is distinct from the CDFW, and it sets the state’s rules and regulations for hunting and fishing. The CDFW is charged with providing biological data and expertise to the commission, as well as implementing and enforcing the rules that they enact.

There are three possible outcomes for the pending petition. First, the commission could reject it outright. Second, it could accept it, effectively prohibiting bear hunting indefinitely. Third, and perhaps most likely, the commission could refer the petition—or parts of the petition—to the CDFW, which will then prepare a response. This would mean that the decision-making process on the attempted bear hunting prohibition could be drawn out for an extended period of time.

O’Dea says that Backcountry Hunters & Anglers (BHA) hopes the commission rejects outright the petitions attempt to prohibit bear hunting. Still, he would actually like to see some aspects of the current petition referred to the CDFW to be enacted—such as getting a more empirical estimate of the state’s bear population and filling a senior biologist position focused on bears at the CDFW.

Though this anti-hunting attack poses yet another challenge to California’s hunters, both O’Dea and Tira believe that the state is still home to some of the best hunting and fishing opportunities in the United States. California encompasses a whopping 163,696 square miles, has a wealth of public land, and offers the chance to go after an array of wild game species.

Read Next: Judge Sides with Anti-Hunting Groups and Restores Federal Protections to Gray Wolves Under the Endangered Species Act

“We’re really one of the most diverse hunting states in the entire country when you think of all the game species we have,” says Tira. “Hunting here can be challenging in many respects, but there are also a lot of opportunities here that don’t exist elsewhere. You can hunt from the Mexican border up to the Oregon border. There’s something for everybody”

Hopefully, it stays that way for the Golden State’s bear hunters.