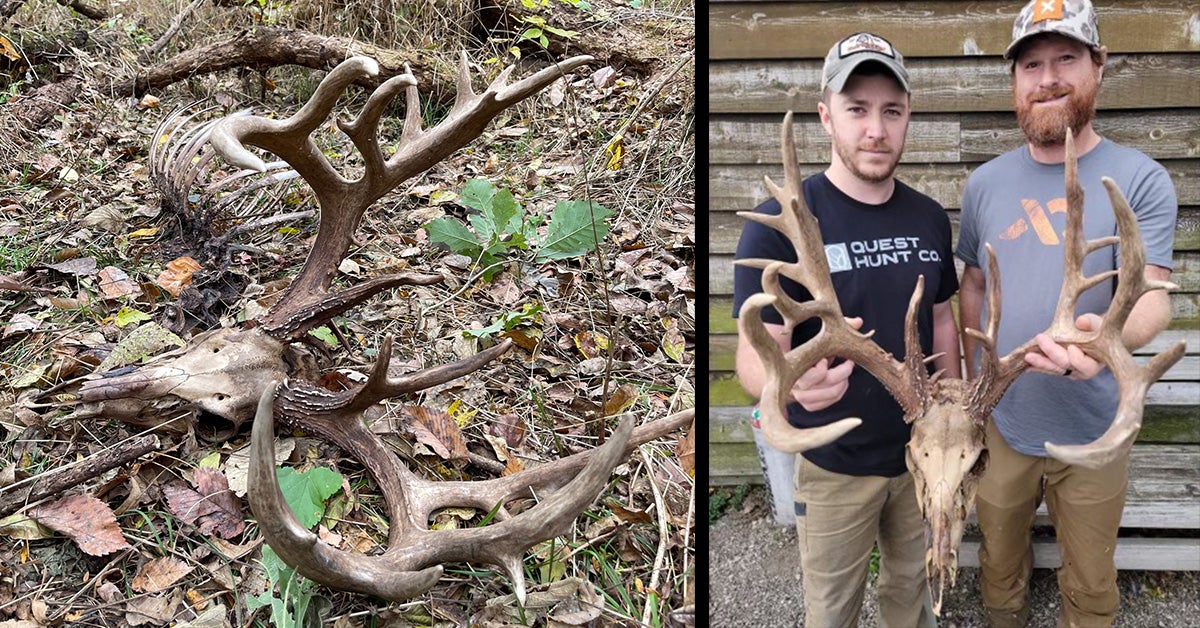 The deadhead had an impressive 24 points. Rusty Johnson
SHARE

Hunting rarely goes exactly how you plan it, but in this case, it went in the complete opposite way that hunter Rusty Johnson had hoped. He and his buddy Dalton Clinkscales had put out a trail camera on a Kansas State Wildlife Area near the end of the summer “to see if we could get some intel on what was living there,” Johnson tells F&S. On August 18, they got pictures of a giant public-land buck that they dubbed “Sawtooth” because “the right G2 has points coming off that looked like the teeth on a saw blade.”

The Trophy Whitetail Hunt That Wasn’t

Johnson and Clinkscales resolved to do whatever it took to put a tag on Sawtooth. But something seemed off from the start. “We scouted the area extensively over the next several weeks, and Sawtooth never showed back up on the cam,” says Johnson. “We were worried.”

Their worries proved justified. While visiting the area to choose stand locations on October 24, Johnson finally found Sawtooth—lying on the ground, already dead. “Upon seeing him, I went to my knees and immediately got sick,” he says. “I let the guys know he was dead. Then I called the game warden and got a salvage tag for him.”

Johson posted pictures of the deadhead on a hunting page he runs called United Outdoors and wrote that “it was painful to see such an amazing buck gone…We spent countless hours on onX Hunt and countless miles walking trying to figure him out. Although this isn’t the way we wanted the story to end, we will always have a piece of ol’ Sawtooth.”

The rack had 24 points and scored 194 1/8 inches Buckmasters, which is impressive for a public land deer. Johnson speculates that hemorrhagic disease, which is also known as “blue tongue,” killed the huge buck, though there’s no way to know for certain. Hemorrhagic disease, which is transmitted by biting fleas, has been significantly impacting deer herds across the Midwest and the Northeast this fall. Though this is never the way you’d want your hunt to end, Johnson is ultimately happy he found Sawtooth when he did.

“When I found him, I thought I’m glad I did, but I was also sick I wasn’t going to get to hunt him,” he says. “If I hadn’t found him, I would be hunting a dead deer for three weeks!”

And now, Johnson can focus on filling his tag on another buck.