John C. Erickson was on an early season rifle hunt when the aggressive mountain lion approached him 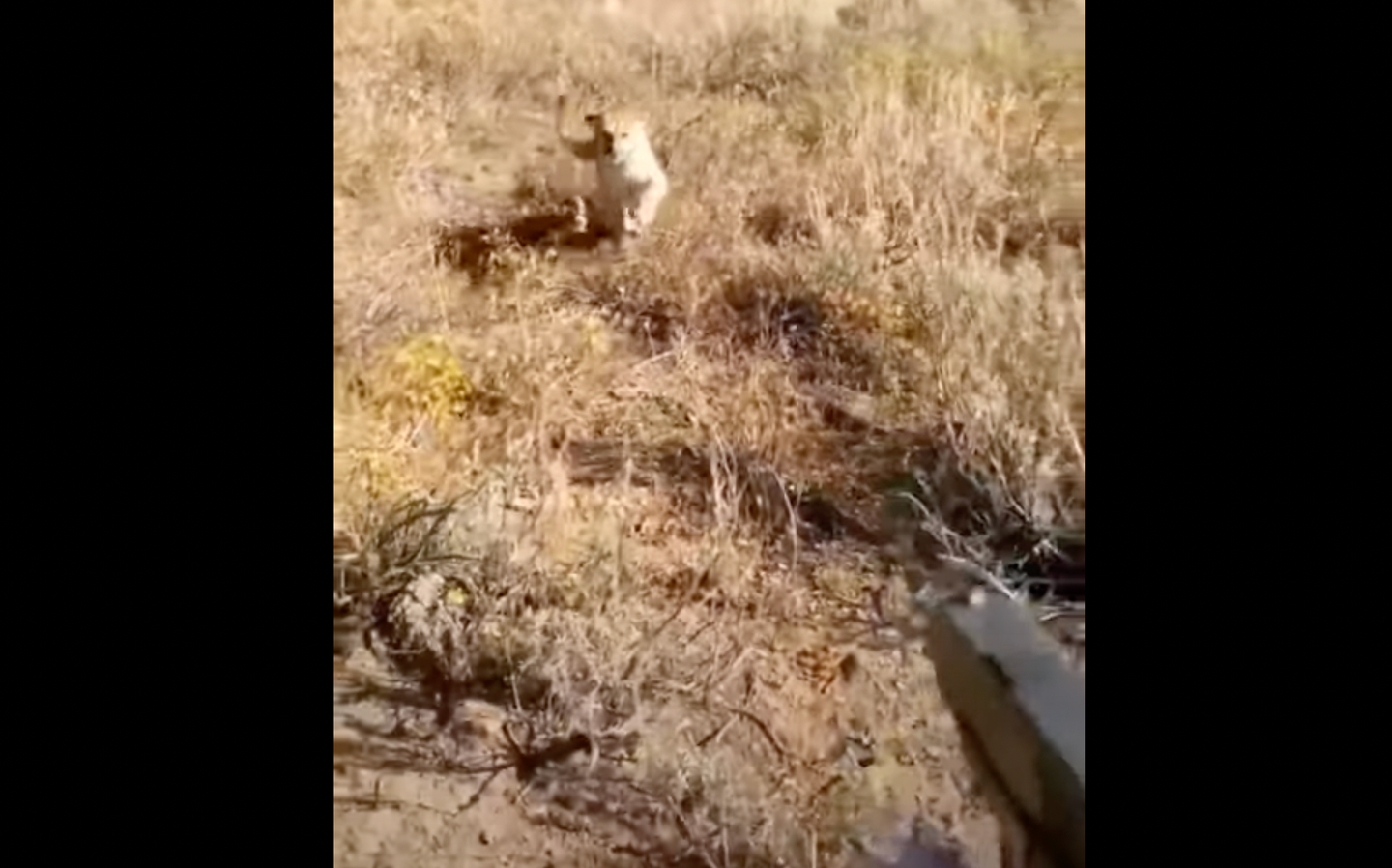 An elk hunter got more than he bargained for last Saturday, October 9 when a mature mountain lion approached and charged him. The incident occurred during an early-season rifle hunt in southeast Idaho. In a remarkable video captured by the hunter on his cell phone and later shared by the National Wild Turkey Federation (NWTF), John C. Erickson yells “get back” at the advancing mountain lion before firing multiple rounds from his .40 caliber Glock 27. His bullets appear to hit just inches above the predator’s head and back.

In the moments leading up to Erickson’s shots, the lion has its ears down, a posture that wildlife experts say is a sure sign of aggression. “If the mountain lion is less than 50 yards away, has its ears laid back, and is staring intensely at you or moves into hiding without any signs of leaving, an attack may occur at any time,” according to Hunter-ed.com. In the event of this type of encounter, the hunter-education organization says that hunters should “prepare to defend [themselves] using anything available as a weapon.”

Erickson followed that advice to a T and managed to walk away from the ordeal unscathed. “That video was about the last half of our encounter,” he told Field & Stream. “The mountain lion had been stalking me for about 30 to 45 seconds before I got my phone out. That was my first confrontation with a predator.”

Amazingly, his first shot didn’t deter the bold cat. After the bullet zips over its head and kicks up a cloud of dust, the lion pauses briefly only to continue on in the hunter’s direction. It’s not until Erickson takes a second shot, again missing over the top of the cat, that the animal decides that it’s had enough. As it saunters off, Erickson lets out an audible sigh of relief.

According to Terry Thompson, regional communications manager for the Idaho Department of Fish and Game, mountain lion encounters like the one depicted in Erickson’s video are rare in Idaho. “We haven’t had any attacks in Idaho for years,” Thompson told F&S. “This [cat] looks like it’s kind of in stealth mode. That’s not a good sign. It’s in effect stalking him. It could have kittens back in those conifers and aspens in the background, but you’d never know.”

Regardless of whether the mountain lion was defending a cached kill, protecting nearby kittens, or engaged in a predatory stalk, Thompson says that Erickson handled the situation well. “I’m surprised the guy held off as long as he did before he shot,” he said. “This cat was really close. Erickson backed away and kept his eyes on it. What he did was right.”