Buck Scrapes Are Popping Up Everywhere! Should You Hunt Them?

Some whitetail hunters poo-poo hunting over fresh scrapes. But you can hit pay dirt right now if you know what to look for 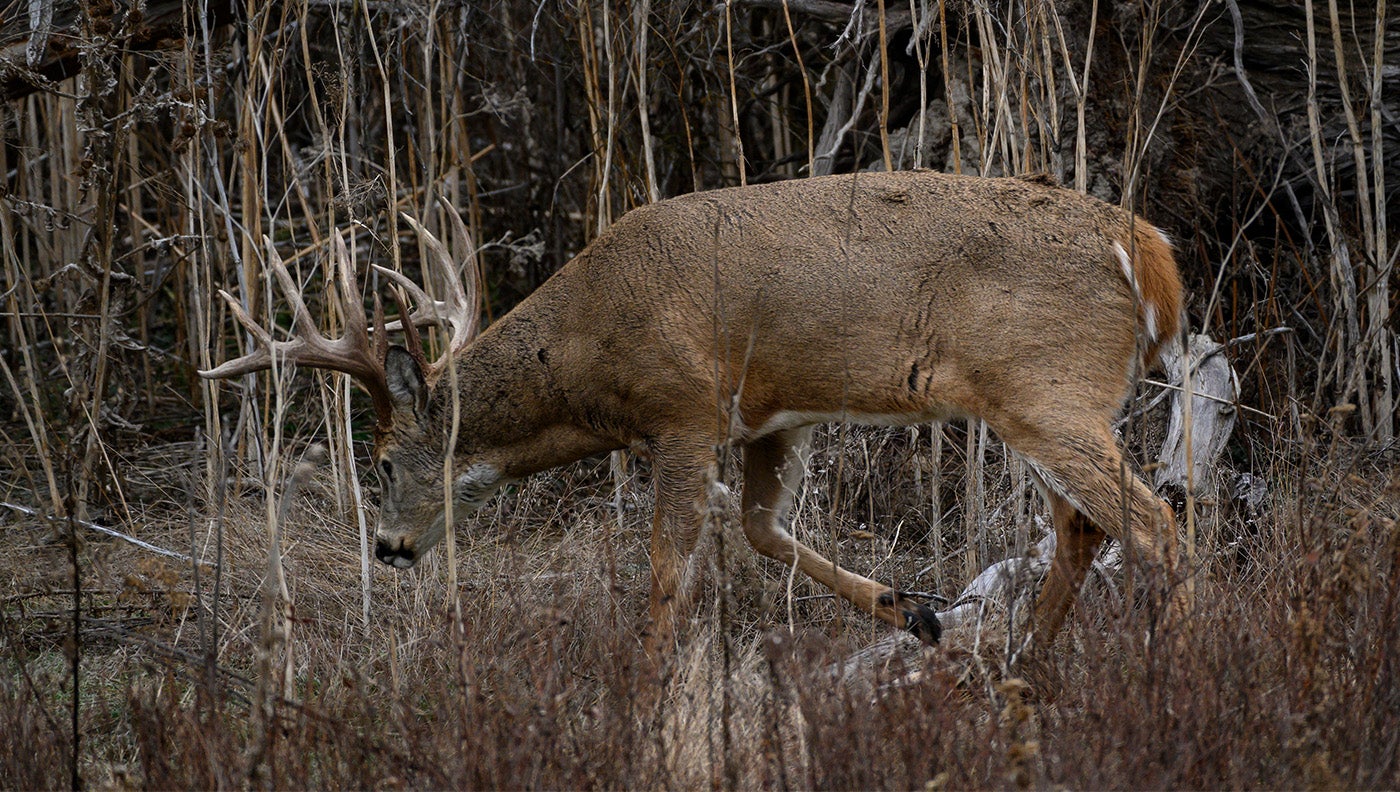 On a quick scouting mission, I walked the edge of a food plot last Friday, October 22, and spotted almost zero buck sign. On Sunday, only two days later, on my way to check another spot, I slipped past the same edge and could’ve sworn a bomb had gone off in my absence. The ground beneath every potential licking branch along that food plot had torn up, and some of the new scrapes where so fresh I could smell the musky odor of the buck, or bucks, that made them.

Depending on whom you ask, buck scrapes are either whitetail hunting’s hot ticket, or the biggest form of fool’s gold going. For every hunter who’s arrowed a giant buck over a scrape, you’ll meet five who’ve repeatedly sat staring the sign and gotten skunked.

So, with fresh scrapes popping up all over the woods this week, the question is: Who’s right? And, more to the point, should you set up over a fresh scrape right now? The answers are: Both, and yeah, probably.

The key is successful scrape hunting is setting up on the right scrape under the right conditions. What you need to do is some midday boots-on-the-ground speed scouting to locate new sign and then consider these four factors.

There are no hard-and-fast rules regarding the best scrape sites, but generally, the closer to dense cover, the better the chance of a daylight visit. This is logical in the late pre-rut, when bucks are still sticking close to core areas and aren’t roaming big. As a rule, the closer to a known or suspected bedding area I find a scrape, the more confident I am that the buck might hit it during shooting hours. Good places to search for these “interior” scrapes are logging roads, staging areas off food sources, and transitions between thick timber (swamps or clearcuts) and open hardwoods. Secluded food sources, such as an oak ridge or food plot surrounded by thick stuff, can also exhibit some of the hottest scraping activity around.

Not coincidentally, these sites are also where you should find scrape lines, or clusters—which also up the odds of a daylight visit. Any time you find multiple scrapes in a relatively small area, you’ve found a place where a buck is spending a significant amount time, which improves your chances of seeing him.

Conversely, scrapes near big fields and other open cover are often nighttime sign. If you have recent trail-cam photos that tell you a buck is hitting a field-edge scape in daylight, by all means hunt it. Otherwise, your odds of seeing him there during shooting hours are low. Another warning sign is the single scrape, especially one lacking a heavily-worked licking branch. Remember, bucks scrape impulsively sometimes, and these hot-flash scrapes rarely merit a revisit.

You know how tough it can be to get a buck to hit even the hottest food source when temps soar, right? Well ditto that for scrapes. Late-fall whitetails are, or at least close to, wearing their full winter coats. So, if you sit over even the freshest scrapes on a warm afternoon, you’ll probably join the scrape-cussing fraternity for at least that evening.

Drop the temperature by 20 degrees, however, and you’d better be ready. Temperature is a funny thing; over the years I’ve had plenty of people ask “So what temps are the best for buck movement?”, as if whitetails have an on/off switch set to a specific hash mark on the thermometer. Truth is, change is usually the biggest buck-movement motivator. If it’s been 40 degrees for 10 days, and the thermometer soars to 60, count on subdued whitetail movement. Conversely, if it’s been 60-plus for two weeks and a cold front whacks temps back into the 40s, sit on that scrape line immediately.

Precipitation can be another huge factor for getting bucks to hit scrapes. I don’t have hard data to back this up, but I’ve lost count of the times I’ve seen bucks freshening scrapes in a gentle rain or mist, as if the precipitation is deadening the scent they’ve laid down previously and they’re desperate to freshen things up in a hurry. And snow? Well, I’m from Minnesota and a late-October snow is one of the biggest buck-motivators out there; those buck are sure to be pawing the snow out of their handiwork.

Of course the easiest way to miss your target buck at a scrape is to simply be hunting it at the wrong time. Scrapes close to bedding areas might get hit at any time; a buck could get up for an afternoon meal, thrash the scrapes closest to his bed, and head out to feed and look for does. Or he may hit those scapes in the morning right before returning to bed. Or both.

Scrapes close to or directly on food sources, however, are best left for afternoon hunts. Choosing which one to sit over is largely a matter of getting downwind of the freshest sign. If you have to choose between the freshest scrape or best wind, go with the wind every time. Often a buck will hit multiple scrapes as he visits the food, and I want to be on the one where conditions are right for a close-range shot.

As the rut progresses, bucks will spend less time making and visiting scrapes and more time chasing does. That means you need to hunt the sign soon after it’s made, during that relatively short flurry of scrape-making that happens just before the chasing phase kicks in. It’s also why midday speed-scouting is so important now. You need to be acting on the latest information. Speaking of which….

I probably spend more time running trail cameras than I do hunting each fall, but right now I’m working overtime. In summer and early fall I’ll check cameras every couple of weeks. But this week, when new scrapes are popping daily, I’ll pull cards every two to three days. Granted, most of my cams are hung away from bedding areas or other security cover, and I can check most by walking no more than 40 yards from a truck or ATV. But right now, buck behavior and movement is changing so fast that I think the slight midday intrusion is worth the intel those cameras give me.

Of course, cell cams come in super handy now. Whenever possible, I’ll hang them on scrape lines and just wait for a text to find out that a buck is visiting one during daylight. Whether you get that info from a card or text, you need to act on that buck movement before it changes. I checked a card just today, for example, which told me that the buck in the photos above has been hitting the same scrape in daylight three days in a row.

Guess where I’ll be hunting tonight?