Want more rut action? Head West. While the whitetail breeding season is winding down, big mule deer bucks are just getting going. Here's how to fill your tag 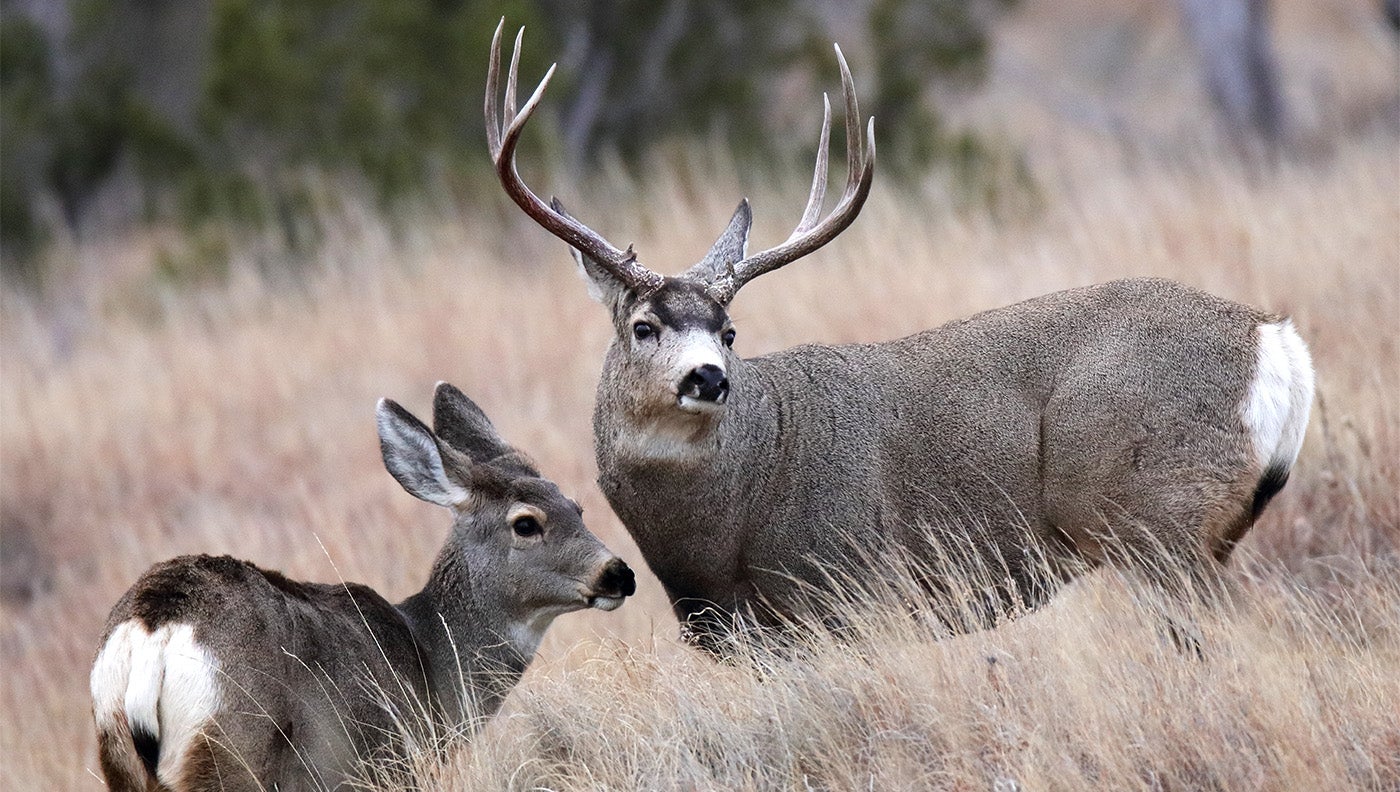 If you’re not ready for the sort of rut action you’ve been seeing in the whitetail woods to be over, no problem. Just travel to muley country. As luck would have it, just when the peak of the whitetail rut starts to wind down in most of the country, the mule deer breeding season is ramping up. The last two weeks of November and the first week of December can offer incredible action, which means any hardcore deer hunter willing to travel can hunt the heart of the rut for about a month straight. And now is muley time.

Whether you’re a western hunter who’s been waiting for the action for really get good, or a traveling hunter looking to extend the season’s hottest action, here are four tactics that will help you put a tag on rutting muley.

How to Find Mule Deer Bucks During the Rut

Of course, before you can hunt a rutting muley, you’ve got to find one—which is half the battle. For that, you’ll need the best optics you can afford, including a 10×42 binocular you’ll wear on your chest, a 15x binocular for the truck or when sitting behind a lightweight tripod, and a spotting scope for evaluating trophy potential. Last, you’ll need an angle-compensating rangefinder.

Rutting western mule deer love the open country. Combine digital scouting and plenty of time behind the wheel to locate high points overlooking sagebrush flats and draws dotted with cedars. If the sage and cactus flats have a creek (even a dry creek) running through them, all the better. Also look for rolling short-grass prairie habitat that butts up to agriculture and CRP fields. Consider any dilapidated homesteads overgrown with weeds a potential hot spot. Mule deer like to move into these places. Old corrals, branding chutes, and tumbleweed-lined fences are muley haunts. All it takes is a single, small patch of brush in the middle of pancake-flat ground to hold a buck and a few does.

As you drive through your hunting area, chances are good that you’ll see mule deer from the vehicle. Don’t hesitate to pull over, grab your optics, and take a hike away from the road to investigate. If you find does, bucks will be in tow.

Once you find a good muley buck or three to hunt, here’s how to go after them.

1. Fool a Muley Buck with a Decoy

If you’re a bowhunter, one of the best tricks you can put up your sleeve during the mule deer rut is a doe decoy. I prefer easy-to-tote cloth fakes like those from Montana Decoy, Ultimate Predator Gear, and Heads Up Decoy. All fit in your pack and can be very effective. The cool thing about these decoys is you can use them in many ways. I use them a lot simply hide myself while stalking when a risky move is required. If I’m out of good cover for a moment and need to close 50 yards before I can get around a bend in a creek or the next patch of cactus, I just pop up the decoy, crouch behind, and move.

These decoys are also money for bringing a buck bowhunting close. Many times, over the years, especially during mid- or late November, I’ve stalked in on a buck out trolling for does, showed him the decoy, and had him come in on a string. Some decoys allow for the attachment of horns, and you can really play on a big buck’s dominance when you slap a set of foam horns on your cloth decoy.

Later in the rut, when the big boys have does, I show them only bits and pieces of a decoy from behind a cedar tree, cactus patch, or whatever. Then, I smash some horns together. Rattling can be very effective on mule deer, and when a buck sees only bits and pieces of a doe or buck and then hears a fight happening just out of his line of sight, it’s tough for him not to come to investigate.

2. Cut Off a Rutting Buck

Not every doe in a buck’s harem goes into estrous at the same time. When a doe does comes in, the buck will want to push her away from the herd so the two can have a little alone time. Sometimes the buck will only take the doe a short distance; other times, it may be a few hundred yards. Either way, it’s an opportunity for you to make an aggressive move. If you see a buck nosing a doe and moving her away from the harem, move in quickly. Keep an eye on the other does so you don’t get picked off, but if you play the wind right and use cover, you can get in tight and into even bow range in a hurry. The duo will be so consumed with their romance, you’ll be surprised how close you can get for an easy shot.

3. Get Ahead of the Does

Another simple but solid strategy now is to pattern the does and then stay patient. During late afternoon, does will want to travel to food, and often, water. You may have to spend an evening or two watching, but once you know where the does want to be, you’re in the chips. All you need to do is get there first and let them pull that buck into range. The key is just making sure you have the wind in your face, and if possible, the sun at your back.

4. Talk a Buck Into Bow Range

Sooner or later, when trying to stalk into bow range of a rutting buck, you’re going to find yourself stuck. That is, you’re out of cover, and the buck is still out of range or moving away, and you’re too exposed to pull a decoy out of your pack or make any major more. When this happens, your best tactic is to reach into your pocket and grab a grunt tube or bleat call. Like whitetails, mule deer communicate all the time, and the sound of another deer can be just as convincing to a rutting buck as the sight of one. Start with soft grunts and bleats. If that doesn’t work, try a snort-wheeze. You’ve got nothing to lose, and I can tell you from experience, that during the rut, the right call at the right time can turn your hunt around in an instant. You can go from being stuck to walking up on mule deer of a lifetime.