5 Things I Wish I Knew When I Started Hunting

If you've never hunted before, but want to give it a try, it helps to have a little perspective 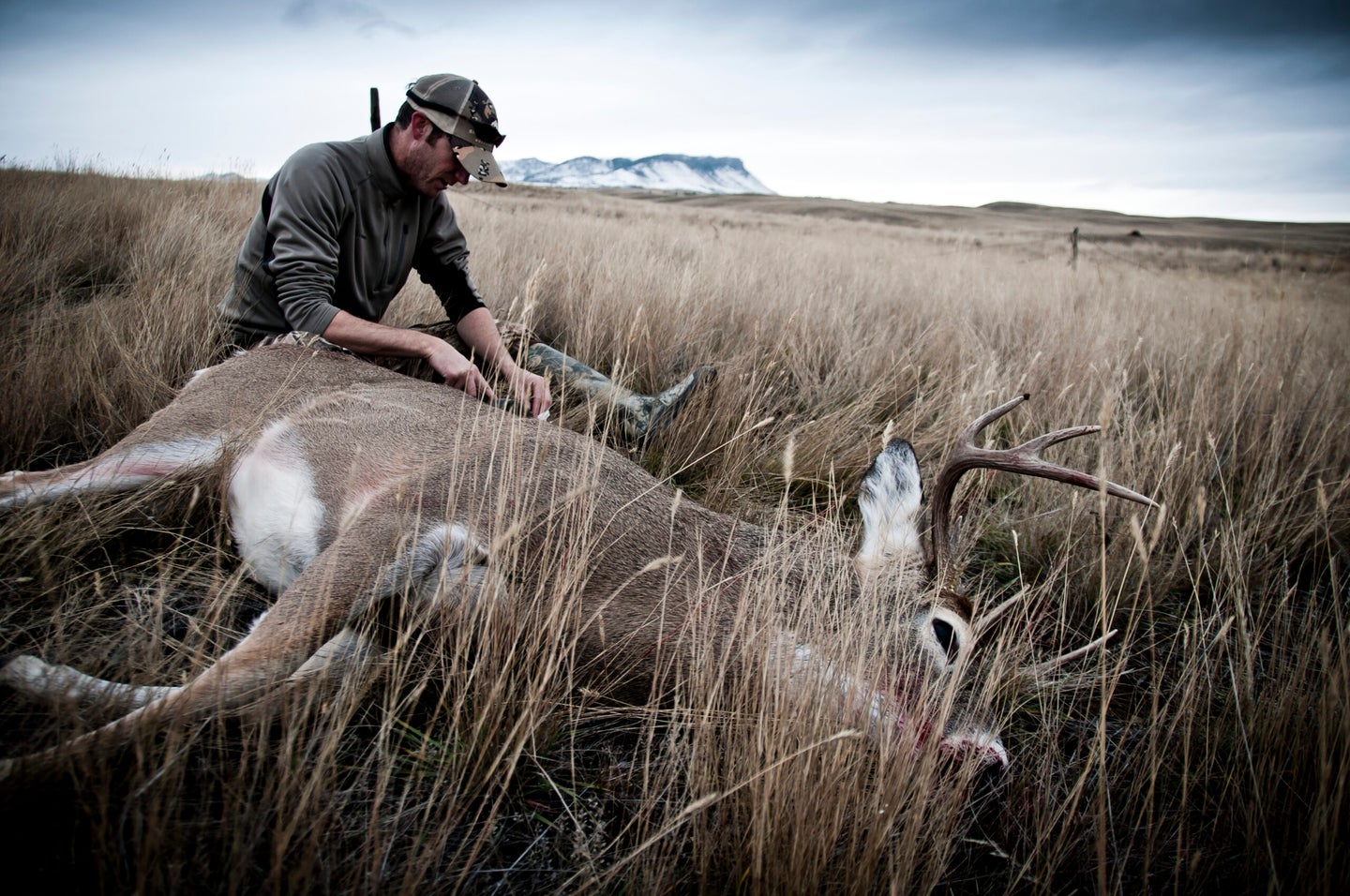 There's a lot that happens between taking hunter ed and punching your first tag. Tony Demin via Getty Images
SHARE

Unlike a lot of hunters, I didn’t start hunting until my 20’s. Not being raised in the sport presented me with a steep learning curve; one I think that a lot of adults who are hunting-curious might shy away from, especially if they’re trying to get into the sport on their own.

As a relatively new hunter, I have a fresh perspective on things I wish I’d known when I first started. These are things that I’ve learned on my own, and been lucky enough to learn from some incredible mentors. While some of this advice is applicable to hunters everywhere, most of the hunting I do is spot-and-stalk hunting for big game in the Western U.S.

If you didn’t grow up in a hunting family, hunting may be one of the toughest things to get into as an adult. From sighting in a rifle to understanding animal behavior and habitats, there’s a lot to learn. And if you haven’t been learning since you were 5 years old, there’s a lot to catch up on.

I got lucky when I started hunting—my best friend pestered me into joining him for a turkey hunt one year, and eventually convinced me to put in for New Mexico’s big game draw. He assured me I’d love it, and when I drew an elk and mule deer tag that Fall, he let me use his rifle and guided me on both hunts. He taught me how to shoot a rifle over the Summer, and took off work for a week to teach me the ins and outs of chasing elk. The next year, he gave me his old bow-hunting setup and taught me how to shoot a bow, too.

In addition to my buddy, I found an incredible community of like-minded hunters where I live in Santa Fe who were all extremely helpful and willing to share knowledge about various units, hunting strategies, and gear recommendations. Without them, I may have tried to learn to hunt on my own but there’s no possible way I would have learned as much or had anywhere near the success in the field that I’ve had so far. You can read all of the articles and listen to all of the podcasts you want, but there’s simply no substitute for finding a mentor who’s willing to help you figure things out.

Spend Your Money on Good Glass

One invaluable piece of advice I was given before my first hunt was to spend the money on good glass. My mentor told me I should expect to spend nearly as much or more on my rifle scope and binos as I would on my gun or bow, and when it comes to hunting the West, he was absolutely right.

For spot-and-stalk hunting, good-quality glass is essential. It can mean the difference between finding a legal buck to chase, or going home empty-handed after days of missing bedded deer. For the kind of hunting I do, my go-to binocular is a Maven 10×42 B.1s (which have since been replaced with the B1.2s). They’re wonderful in low-light, extremely clear edge-to-edge, and feel incredibly solid. At $1000, they’re not cheap, but they are a good investment. If you’re on more of a budget, the Maven C.1s are a good buy at around $400.

On high desert hunts where I can glass a lot of open country, I also carry a set of Maven 15×56 B.5s in my pack these days instead of a spotting scope. I find them much easier to look through for extended periods of time, and have even found that unless I’m using a really, really nice spotting scope, the clarity of the big binos works better for picking apart hillsides and spotting distant antler tips.

Your Clothing Matters More Than You Think

Your gear makes a big difference. I’ll caveat this by saying that people have been hunting without fancy, expensive camo and ultralight mountain rifles for thousands of years, and you certainly don’t need to spend a ton of money on equipment to start hunting. But investing in a few key pieces of gear up front will make your experience in the field far more enjoyable.

What you wear while hunting is arguably more important than in any other sport, and I’m not talking about the camo pattern you choose. Out of all of the outdoor sports I do, from bikepacking to backcountry skiing, nothing is harder on my clothing than hunting—at least hunting in the West. If you’re doing it right, a lot of your hiking takes place off-trail. You’re often bushwhacking through thick brush, and even crawling across rough, rocky terrain. That’s tough on clothing, so you need something that’ll last.

There are a lot of good brands out there these days, like Kuiu, First Lite, and Forlough, but Sitka makes some of the absolute best outdoor gear I’ve ever used. I’ve got a ton of their layers now, and have been impressed with every single piece that I own—they fit well, perform just as well if not better than other high-end outdoor gear like ArcTeryx or Patagonia, and also handle abuse better than anything I’ve used. Their Mountain Pant has built-in removable knee pads (which seem gimmicky until you use them for the first time), fits better than most other pairs of pants I own, and has lasted over 4 years of hunting more than 20 days a year in them without a loose thread.

The Apex Hoody is another one of my favorite pieces. It’s a Merino-nylon blend, which keeps you warm when wet and stays smelling nice longer than pure synthetic layers. It also has a built-in hood and facemask for more warmth and concealment and is just one of those incredibly versatile layers that works for a wide variety of hunts.

I’d suggest getting a pair of pants, a mid-layer, and an outer jacket to start. Again, you don’t need fancy gear to go hunting—but it makes your life a hell of a lot nicer when you’re in the field. The beauty of good gear is that it disappears while you’re using it, and if you’re not overheating, soaked to the bone, or worried about ripping a hole in your jacket, you’ll be more focused on actually hunting.

Study Up on Hunting

Even though it’s not required for an adult in my state, I took a Hunter’s Education course before my first big game hunt and found it incredibly helpful for understanding the basics. It’s a great starting point, but as I’ve gotten more into hunting I’ve discovered a ton of other resources that I wish I’d known about before that first hunt.

Podcasts like Elk Talk with Randy Newberg and Corey Jacobsen, and Cutting the Distance with Remi Warren have been invaluable for learning about everything from rifle caliber choices to late-season elk behavior, calling strategies, and more. Books like Hank Shaw’s Hunt, Gather, Cook: Finding the Forgotten Feast, will help you figure out what to do once you get an animal broken down and into your kitchen. And for an aspiring elk hunter, Corey Jacobsen’s Elk 101 is probably the most complete and detailed resource out there.

If you want to hunt big game in the West, a Top Rut membership is also a huge help in figuring out draw odds, and an onX Hunt subscription is absolutely vital to help you know exactly where private/public land boundaries are. It also lets you e-scout from your computer at home and navigate while in the field.

Be Prepared to Wound an Animal

All of the resources I just mentioned will help you build a knowledge base before you ever set foot in the woods, but I don’t think any amount of studying can prepare you for the realities of wounding an animal. I’d practiced shooting for months prior to my first elk hunt, but ended up putting a bad shot on a bull we called in on the second evening of my hunt. Instead of finding him piled up a few yards into the woods like we’d anticipated, we spent seven hours following a thin blood trail for 3 miles until it dried up. When we made it back to camp at 3:00 a.m. empty-handed, I was devastated. We spent the next two days looking for that bull and never found him.

I’d mentally prepared myself for killing an animal for the first time, but I hadn’t thought about the very real chance of wounding something and not recovering it. I now understand that despite practicing with your rifle or bow and being as prepared as possible, wounding game and not recovering it is simply an unfortunate part of hunting. You could hit a branch with an arrow that you didn’t see through your sight or the buck you’re shooting at could be turned towards or away from you harder than you thought, offering a bad angle for the arrow to hit its vitals. Weird things happen, and it’s likely that at some point in your hunting career they will.

Read Next: How to Shoot a Compound Bow: Archery Tips for Beginners and Beyond

When I told a good friend and hunting mentor of mine about this article, he said “the one thing I would add to all of that is to slow the hell down.” He couldn’t be more right—it’s so easy to get caught up in the moment and move too fast when you’re hunting, whether you’re chasing bugles in September or trying to call in a gobbler in the Spring. New hunters, myself included, often get impatient and want to immediately make a move or change up the game plan when things aren’t working quickly enough, but that’s often a terrible strategy and you’ll just end up spooking whatever you’re chasing.

Whenever I hunt with someone who’s been doing it for a long time, and doing it successfully, I’m always struck by how patient they are, how slow and methodical they move through the woods, and how slowing down nearly always leads them to success.