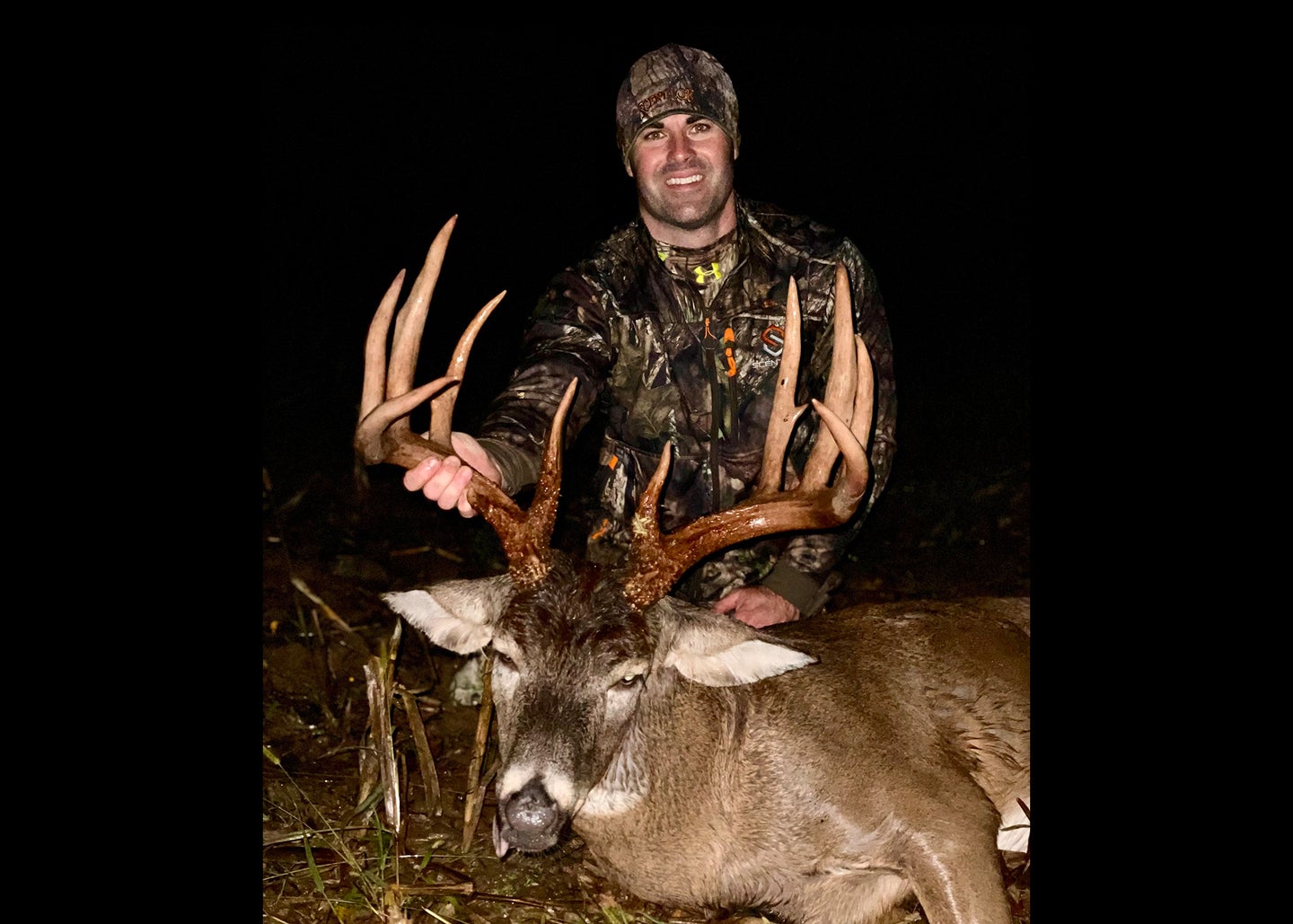 Matt Lynch is only 35-years old, but he just did what most hunters can only dream of doing in a lifetime: He killed two Boone and Crockett bucks—and he did it in four days during the 2021 Illinois archery deer season. Lynch initially had his sights set on a particular buck that he nicknamed “Nightmare,” because of how elusive it was.

On October 29, 2021, Lynch hunted his 200-acre Peoria County family farm.  “I chose the stand I did because the buck appeared on trail cam and walked through that field just four days earlier with a straight north wind,” says Lynch. “On October 29, there was that same north wind, and I knew I needed to be in that stand.”

Lynch got situated in the treestand by 3:45 pm. At about 5:15 p.m., deer started filtering into the field. First came does, followed by a fork-horn. Just 10 minutes later, Nightmare walked out about 150-yards away and continued working toward Lynch. “He gave me a broadside shot at 37 yards,” Lynch says. “He did a kick and ran about 80 yards before expiring.”

The massive 275-pound, 14-pointer had a 19-inch inside spread, 6-inch bases, and solid mass throughout the rack, which green grosses about 180-inches. The buck is estimated to be 7.5-years old.

Despite Downing a Slammer, Lynch Was Back in a Stand Days Later

After killing his number one target, Lynch still had another buck tag to fill. He decided to hunt a private lease he had in nearby Fulton County. “I had a few pics of a really big buck on this farm that I called ‘Jaw Dropper’ because his rack was just jaw-dropping to look at,” says Lynch. “That buck showed up right by my stand on my trail camera on the morning of November 2 and prompted me to hunt there that afternoon.”

The wind wasn’t ideal, but Lynch rolled the dice and was in his stand by 3:00 p.m. At about 3:45 p.m., he peeked over his shoulder and saw Jaw Dropper right behind him. “I only had a second to grab my bow and turn to my right and shoot,” says Lynch. “I was able to draw back and get an arrow off with him slightly quartering to me.”

It was a direct shoulder hit with poor penetration. Lynch decided to come back in the morning with a dog tracker. The next day, Doug Fink of Non-Typical Deer Recovery and his dog Kash helped Lynch find Jaw Dropper. Unfortunately, when Kash and Lynch found the buck just 75-yards from where Lynch shot it, coyotes had eaten at least two-thirds of the meat overnight. The 11-pointer green grossed 204 1/8-inches. Its rack features a 22-inch inside spread, 26-inch main beams, and three tines over 13-inches.