It took him a little over a decade, but on November 13th, Jeremy Brower broke the ice with a buck of a lifetime 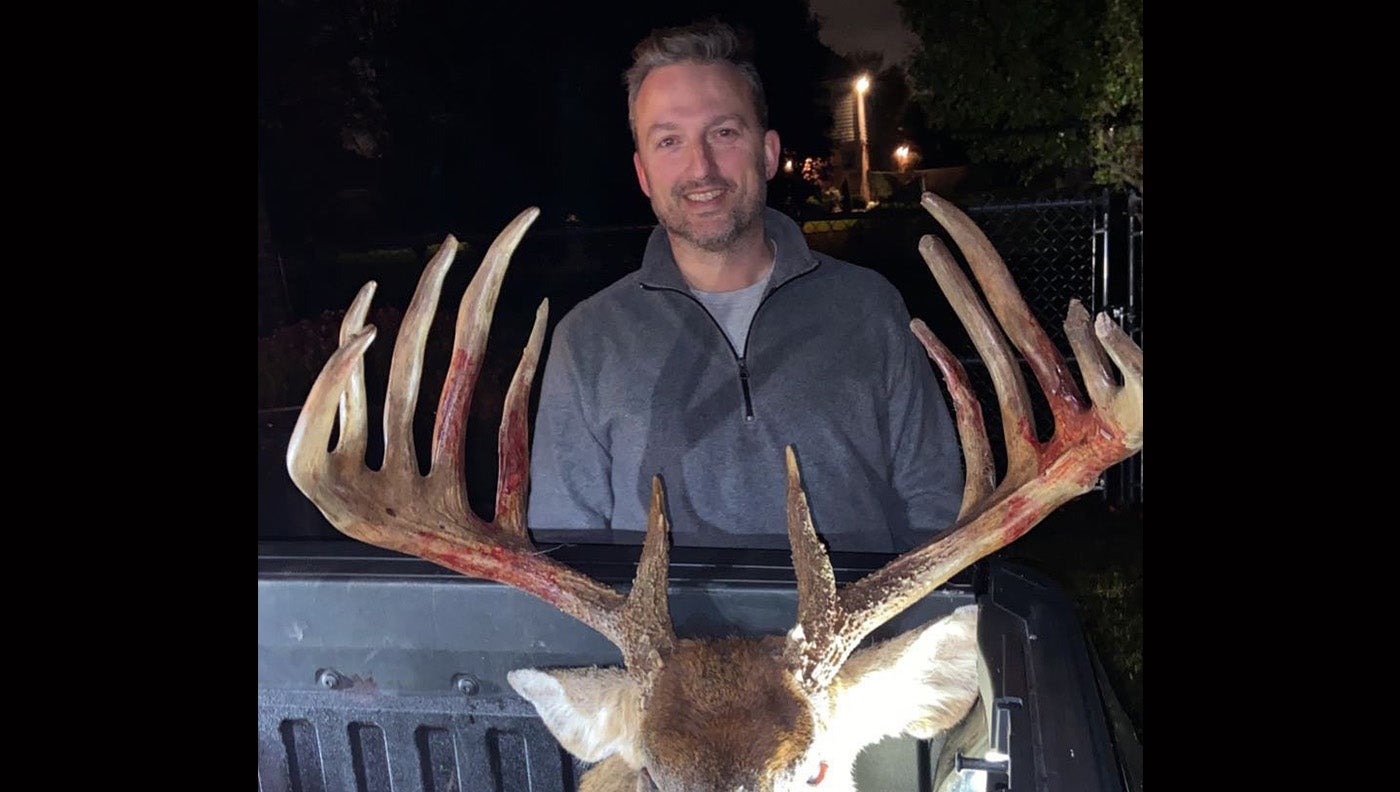 Talk about starting at the top. In a dozen years of deer hunting, this is the first buck Jeremy Brower has ever taken. Jeremy Brower
SHARE

After 12 years of hunting deer, Jeremy Brower wasn’t sure if he ever would get a buck on the ground. He was hopeful, though, and continued grinding it out. On Nov. 13, he was in the final minutes of yet another afternoon sit in his fourth season on an Indiana tract when everything happened—quickly.

“I know I shot the buck at 4:58 p.m. because I texted my friend at 4:59 and said I would need some help with it,” Brower said of his massive, symmetrical 12-point whitetail. The 42-year-old was in disbelief. After so many years of deer hunting without getting a buck, he suddenly had a whitetail on the ground that looked like some of the monsters he’s seen coming out of Kansas or Iowa. His friends told him he may need to stop hunting now that he has toppled this giant. Brower disagrees. He’s hooked.

Back in 2018, a lease popped up about 10 minutes from Brower’s house in the north suburbs of Indianapolis. The tract is mostly pasture, with a creek and a strip of hardwoods, and an interstate as one border. Brower admits that “it’s not much to look at and just 45 acres or so.” But it was close to home, and when he scouted the hardwoods along the creek he found enough tracks and sign to convince him to sign the lease.

During the first three seasons there, Brower saw a few bucks and does. He passed on some smaller bucks, figuring if he wanted something for the freezer he’d shoot a doe or two.In 2018 he hunted 15 times during archery season and never saw a deer. During the last week of gun season, he killed a few does. In 2020 he and a hunter on adjoining land he got to know both saw more activity, but season came and went without Bower getting a shot.

“I had to keep reminding myself that it’s not easy,” he said. “I just knew, though, that one day I’d get a buck and it’ll be my first one, and I’ll get it mounted and have a nice story about my first deer.”

Sometimes you have to wait a while for a plan to come together, and Brower’s did on Nov. 13. Late in the afternoon he was texting with family about a party planned that evening when he looked up and saw a doe in the field quartering away from him. About 20 minutes later, he saw a buck about 350 yards or so to the north before it slipped back into the trees.

“Five minutes later, he popped back out of the woods and I about crapped my pants,” Brower said. “I had my gun propped up on the stand instead of in my lap, which was a mistake. He walked a few steps and looked right at me. I didn’t move. He put his head down, took about three more steps in the same direction. I got my gun up quietly but hadn’t shouldered it. He head-bobbed, stomped once, turned around, and trotted about 15 yards back.”

With a giant buck like this, that’s usually the last thing a hunter sees other a white flag waving goodbye. But i the buck stopped at about 40 yards just long enough for Brower to take the shot. The deer took off with its tail between its legs. Brower thought the shot was good, but it had happened so quickly he wasn’t sure.

But the buck seemed to trip after running a short was and then fell over. “The whole encounter from the time I saw him to when he crashed was maybe 60 seconds” Brower said. “It just happened that fast. I knew my son wouldn’t be able to help me load it up because it was so big, so I called a friend. Then I was making some other calls and texts before I got out there to the deer. It was just, Wow!

“With my not being a trophy hunter-type guy, I couldn’t even guess at a score. But I also didn’t realize how rare that symmetrical frame is on a buck like this. My friends and other hunters said that it’s quite special, and I agree. I didn’t realize how lucky I was with a buck of this size until I talked with a bunch of people, and I truly appreciate it. I’m 12 years into deer hunting, and this is my first buck.”

Brower eventually got his buck scored. It green grossed 185 inches; 175 rough net. And that’s with two broken tines that likely would have added another 6 or 7 inches (and eliminated some side-to-side deductions).