Is The Safarikar the Ultimate Hunting Rig? Its Eccentric Designer Thought So

In the 1970s, Bruce Baldwin Mohs designed the incredibly strange Safarikar for hunting in Africa. Only three prototypes exist and one is for sale 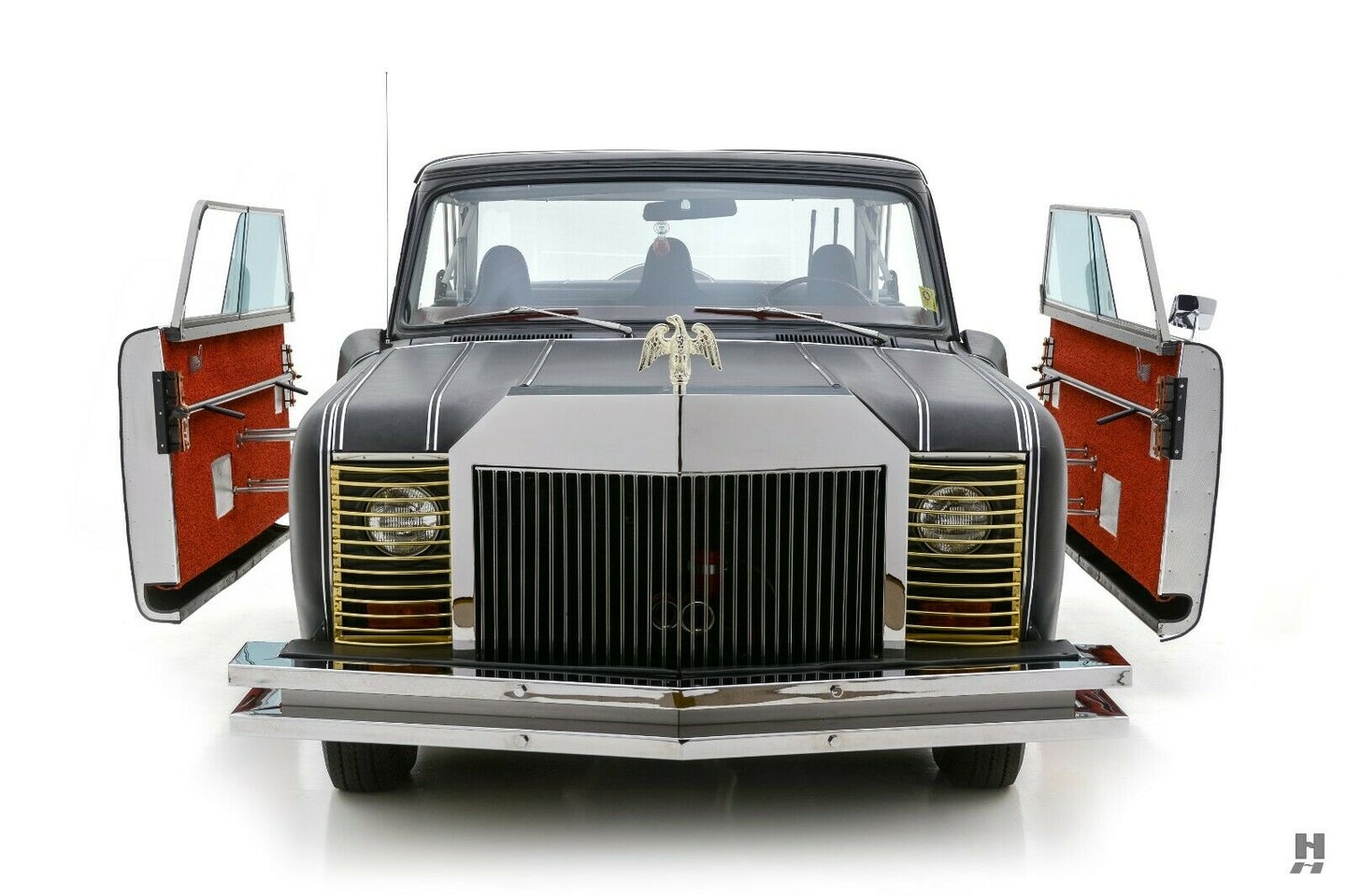 The Safarikar has two doors that open straight out. Hyman Ltd.
SHARE

Wisconsin’s Bruce Baldwin Mohs, a widely traveled big game hunter, car nut, inventor, and major eccentric, combined all those traits in the Mohs Safarikar. He built three of them in 1973. Now, with one listed on eBay for around $200,000, you can own Mohs’ idea of the ultimate hunting car.

Starting with an International Harvester Travelall, Mohs added a Rolls Royce-looking body and grill. He replaced the front seat with three dune buggy seats of the same kind used by Steve McQueen in his Baja Boot racer. The seats hang from a bar so they can swing like a gimbal on a boat. The rear seat folds into a bed that could sleep three wherever the hunt ends, and there are rifle racks in easy reach. The roof also folds back so you can stand up to shoot. And, the doors slide straight out away from the body just because.

What makes the car stand out right away, though, is the Naugahyde covering. It has over 40 yards of the stuff on the outside attached with 70,000 staples. Now, while it’s true that we covered everything with Naugahyde back in the 70s, Mohs had his reasons for using it on the Safarikar.

He had noticed on previous safaris that the whine of an engine often spooked African game. To keep the Safarikar as quiet as possible, he covered the car’s body with aluminum-tungsten alloy bulkheads and 40-gauge aluminum sheet metal. On top of that went a layer of sound-insulating polyurethane foam, and over that went the Naugahyde skin. In addition to being quiet, Mohs pointed out that the exterior of the Safarikar needed only to be wiped down occasionally.

Read Next: The Art of Sleeping in Your Hunting Truck

Weird as the Safarikar may have been, it was probably only the third-strangest car Mohs hoped to sell. The Mohs Ostentatienne Opera Sedan, powered by a massive 549 cc engine had no side doors. Instead the sides were reinforced with steel beams to protect passengers in the event of a side impact. The “door” in the back of the car’s roof lifted up high enough that the driver could walk upright out of the car to make a grand entrance. There was also the rotating Mohsmobile with a body that turned as you drove it.

Only a single Opera Car prototype was made, and it’s not clear whether the rotating car ever even made the prototype stage. But there were three SafariKars made, two of which sold, and one of which can be yours.