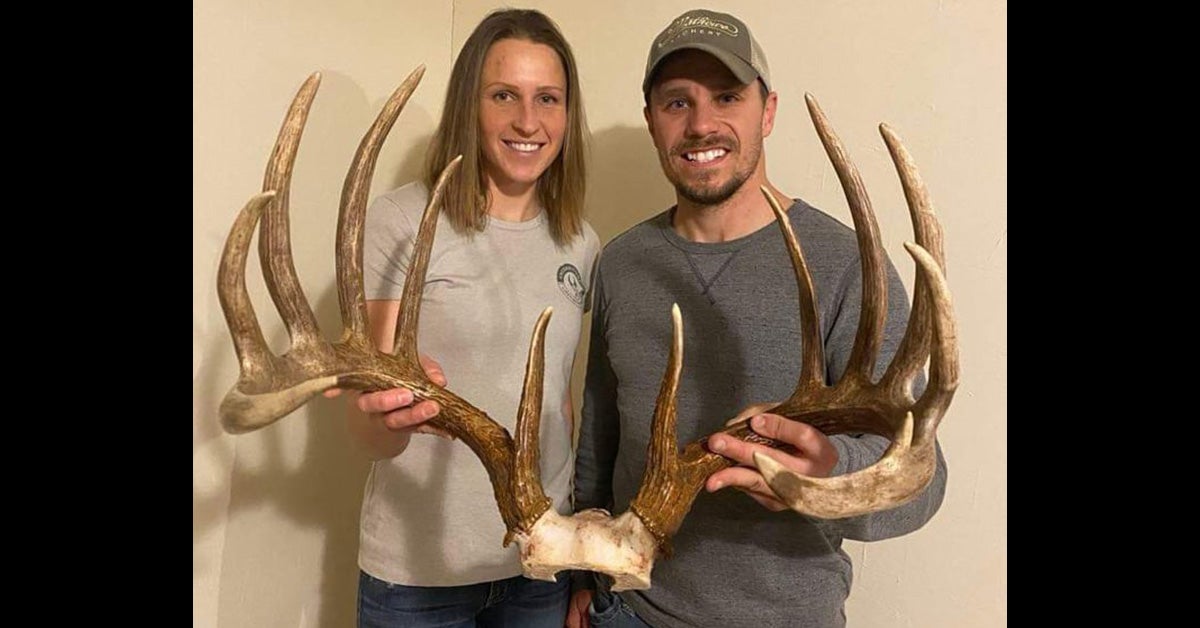 Last October, Kevin Christorf used a crossbow in Wisconsin’s Trempealeau County to down a giant typical buck that was immediately recognized as one of the largest whitetails ever taken in the state. The buck green grossed more than 200 inches, leading to speculation that the buck could go down in the Wisconsin Buck and Bear Club as the state’s largest typical crossbow buck.

After the mandatory 60-day drying period, Christorf’s buck—which his neighbor had dubbed “Hector” based on a character from the movie Troy—has been officially scored by the Boone & Crockett Club. The buck grossed 194 5/8 inches and netted 190 7/8 inches. It still has to be panel-scored by the Wisconsin Buck and Bear Club, which manages trophy records in the Badger State, at an upcoming hunting expo later this month. Barring any unforeseen issues, Christorf’s buck will crush the current state typical crossbow record, which was taken by Chia Vang in 2015 and netted 179-7/8 inches.

“While watching Boone and Crockett officially score Hector I had a chance to sit back and realize how lucky and blessed I am to be able to harvest a true buck of a lifetime,” Christorf tells F&S. “Even if the deer would have never been scored, it would always be a dream experience that I’ve been able to share with my wife, family, and friends.”

Christorf is a conservation warden for the Wisconsin Department of Natural Resources and serves Clark County (a different area from where he arrowed the record buck). After getting trail-cam pictures of the deer, he and his wife Bayli, who are both avid deer hunters, decided to do whatever it took to down the big bruiser. After a series of all-day sits, Christorf’s dedication paid off when he shot the buck on October 28, 2021. After the buck is panel scored, Christorf plans to get it pedestal mounted by Bobby Beres at Precision Arts Taxidermy Studio. He’s also considering getting a replica shoulder mount done.

“As time has gone by and I have had time to think about the hunt, I’ve realized how fortunate I was to experience it,” says Christorf. “It’s clear that someone upstairs was looking down on me. Words don’t describe how much I have appreciated all of the positive feedback I’ve received from the hunting community, local neighbors, and people across the state of Wisconsin.”