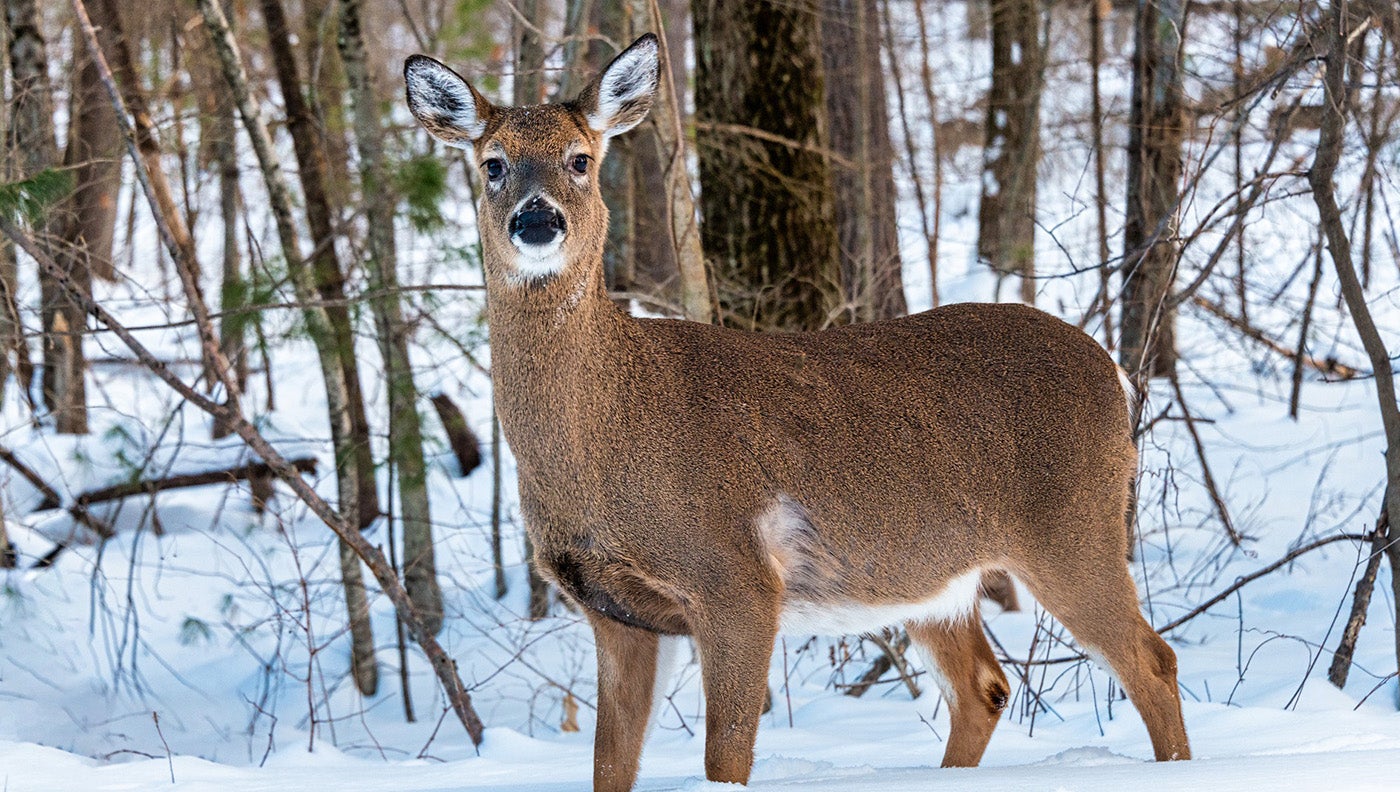 Because of the "Do Not Eat" advisory, some hunters in Maine may be eligible for an extra tag in 2022. Pixabay
SHARE

On November 23, Maine’s Department of Inland Fisheries and Wildlife (MDIFW), in conjunction with the Maine Center for Disease Control and Prevention, issued a “Do Not Eat” advisory for deer taken in parts of a six-county region surrounding Fairfield, Maine. The announcement comes after high levels of PFOS (perfluorooctanesulfonic acid) were found in several deer collected in the area.

According to the MDIFW, PFOS is part of the group of human-made chemicals called Per- and Polyfluoroalkyl Substances (PFAS), which are used in industrial applications and consumer products such as carpeting, waterproof clothing, upholstery, food wrappings, personal care products, fire-fighting foams, and metal plating. The chemicals are widely used and extremely long-lasting. The Maine advisory notes that high levels of PFOS have been found in some farm fields in Fairfield, as well as in the well water and surface water near or on those fields.

Studies of people exposed to PFAS have found a correlation between the presence of the chemicals in blood and increased cholesterol levels, decreased response to vaccines, increased liver enzymes, increased risk of high blood pressure or pre-eclampsia in pregnant women, and increased risk of kidney or testicular cancer. Five of the eight deer that the MDIFW sampled in a concentrated area near Fairfield showed PFOS levels of approximately 40 parts per billion in their meat. Such levels typically warrant an advisory to eat less than two to three meals per year. The other three adult deer were collected in other areas close to the Fairfield fields and had chemical levels high enough to warrant a “Eat No More Than One Meal Per Week” advisory. But because the state has only tested a limited number of animals, they issued the broader “Do Not Eat” advisory for the area until further testing could be completed “out of an abundance of caution.”

Read Next: Idaho Authorizes Emergency Hunt to Determine the Spread of CWD

State officials advise people with deer meat from this area to discard it in the trash or a landfill. Hunters with whole deer carcasses are asked to call the MDIFW to discuss their options for disposing of their deer. Hunters who killed a deer from the advisory area this year may be eligible to get an additional deer permit to take an extra deer in 2022. People with questions about possible health effects from eating deer taken in the advisory area are encouraged to talk with a toxicologist at the Maine CDC.