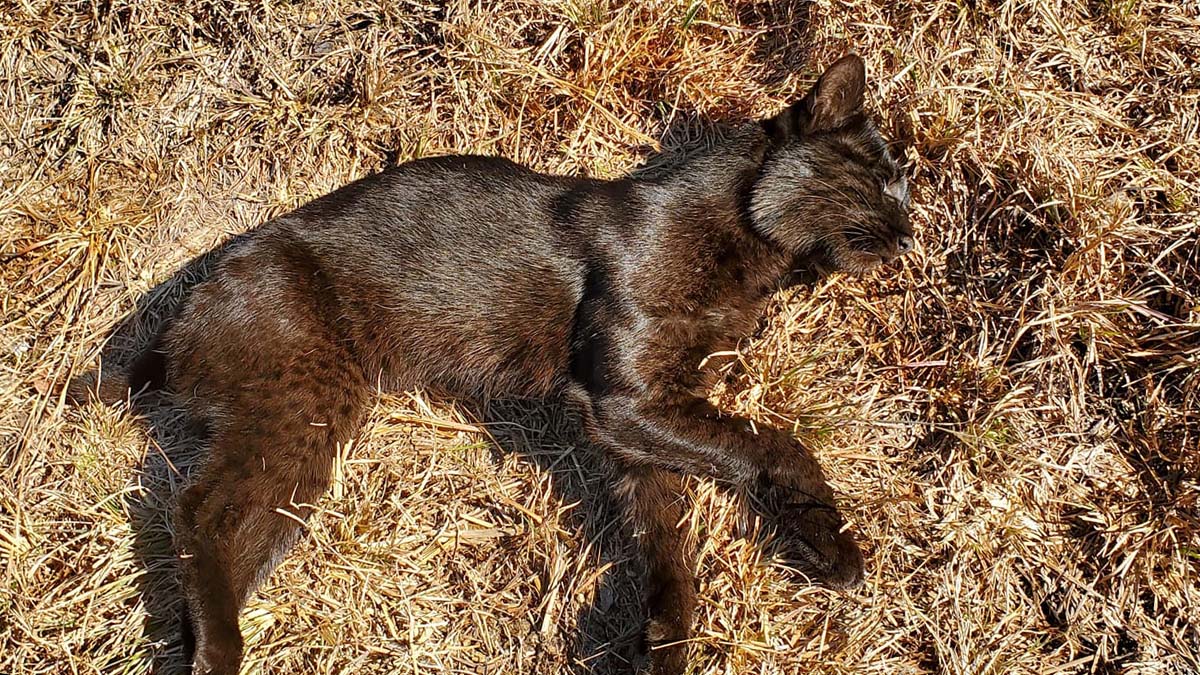 There are approximately 126,000 bobcats in North Carolina. Jeff Miller
SHARE

Jeff Miller was hunting his lease in Anson County, North Carolina on December 28 when something caught his eye. “I was deer hunting. I have a shooting path cut out on my hunting lease with a feeder 130 yards away from my stand. I was just sitting there looking and saw a rabbit go across my shooting lane,” he says. “Just a second later, I saw something black going right where the rabbit went. I wasn’t really sure what it was.”

The black shape disappeared into the brush after the rabbit for a couple of minutes, and Miller thought nothing of it. “Then it came back out into my shooting lane and started walking toward me,” he says. “I could tell what it was because of the way it walked and its little bobtail. Then it turned and went back into the brush.”

Miller realized it was a bobcat—but he’d never seen one before with such dark fur. After the bobcat disappeared again, Miller thought he’d never see it again. But he had a trick up his sleeve. “I started sucking my lips together to sound like a mouse or something,” he says. “Sure enough, he stuck his head out and then started coming toward me. He got to around 75 yards from me, and I shot him with a .270.”

The cat dropped in its tracks after the shot. Miller decided to stay in his tree stand and continue hunting for the rest of the morning. At around 10 a.m., he got down and recovered the bobcat and immediately texted a photo to his son, who shared his excitement. Miller also texted a photo of the critter to the N.C. Wildlife Resources Commission, who verified it was a melanistic bobcat. According to Biology Online, melanism is a condition involving an unusually high level of melanin that results in dark coloration of the skin, hair, and eyes. It’s considered a rare hereditary genetic condition, similar to albinism.

“I never knew that melanistic bobcats existed. That’s why I was so excited,” says Miller, who plans to have the cat mounted. “I’d like to thank the Lord for giving me this opportunity. I don’t know why he blessed me with this, but he did it for a reason. I just want to give him the glory.”