Josh Heuser arrowed the colossal whitetail last week. Details remain sparse, but some guess that the monster buck could score 280 inches or better 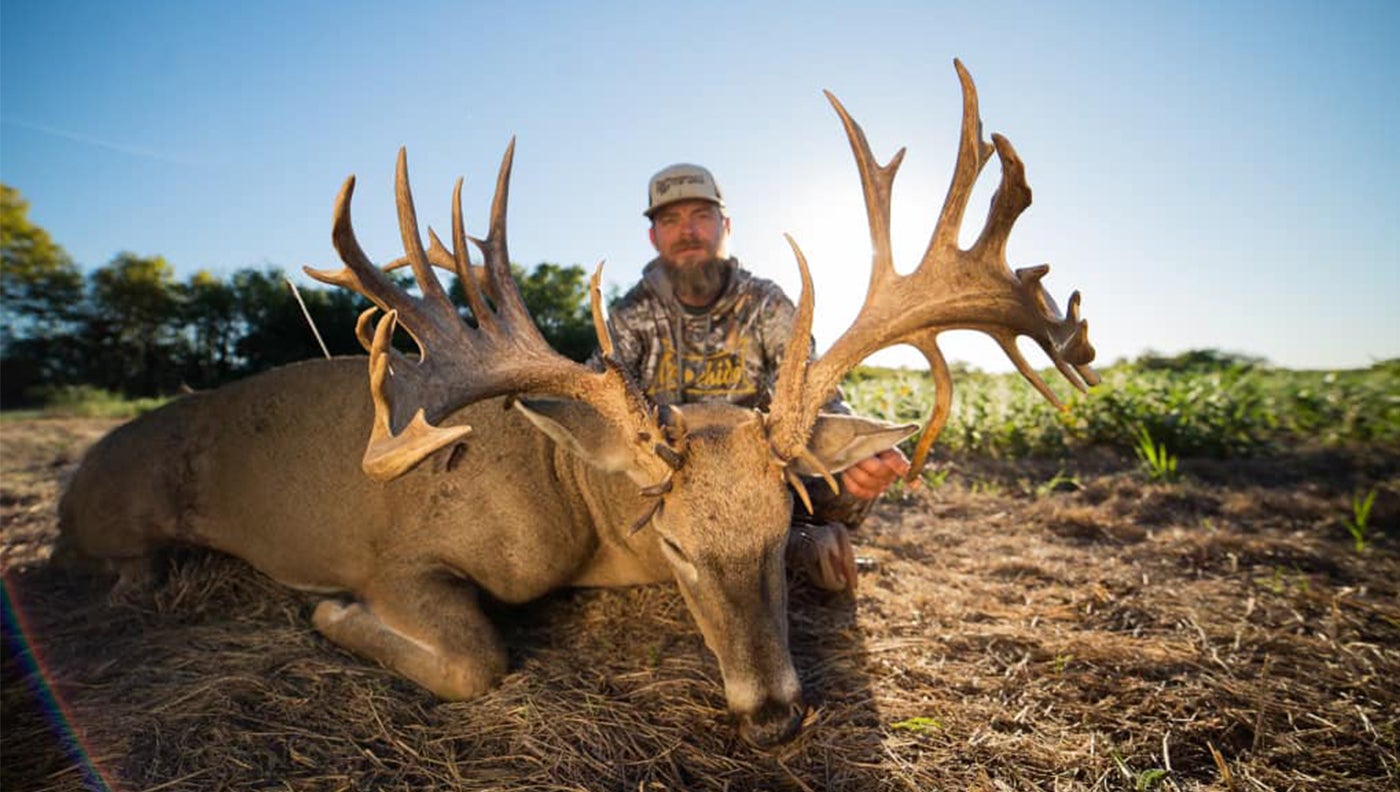 Josh Heuser set the whitetail world abuzz last week when he posted harvest pictures and a few tantalizing hints about an absolutely colossal Missouri nontypical buck he’d been chasing for five years. The photos quickly made the rounds on social media, and everyone was asking if this could be a new Show-Me State archery record.

Well, maybe. F&S reached out to Heuser, a host for Respect The Game TV , who said he’s looking forward to telling us the full story but is taking some time to soak it all in first. In the meantime, there’s some fun to be had just gawking at this incredible buck—and speculating. Missouri’s current archery nontypical record is 269 7/8-inch Pike County buck arrowed by Randy Simonitch in 2000. That’s a high bar to clear, for sure, but the general consensus puts Heuser’s buck in the high 200s, and possibly as high as 280 inches. It’s hard to imagine that the hunter has not at least taken a rough score of the giant, but if he has, we haven’t heard about it yet.

Heuser’s Facebook posts includes trail-cam pics going back to 2018 of the buck he nicknamed “Louis.” “As a child I dreamt of an animal like this,” he wrote. “I would hide behind trees in the yard with a BB gun and pretend to shoot big bucks. When I purchased my first vehicle, the first thing I did was buy a Missouri Monarch decal for the rear window,” referring to the 333 7/8-inch world-record nontypical rack picked up by Show-Me State hunter David Beckman in 1981. “For this story to come to an end after many prayers…My very own Missouri Monarch.”

You’ll be shocked to learn that some skeptics emerged as photos of the buck made the rounds, one pondering if it was possible for Heuser to sit any farther behind the buck’s rack in the picture at the top of this page. Well, for those who have their doubts—and for the rest of us who want to assume the best in a fellow hunter and keep ogling—there are plenty more pictures to consider, thanks to Heuser’s friend Clint Schwach, who took some beautiful shots of Heuser’s monster buck and posted them on his facebook page.

Schwach said he took 1,700 photos of the buck in total, so if you do get to the point when you’ve seen enough and want to look at another Missouri monster, take a gander at the one Heuser’s brother, Dalton Barnes, took just a few days earlier.

Reacting to his brother’s buck, Barnes wrote, “I don’t even know what to say!! When we were kids we use to crawl around the floor acting like deer taking turns shooting each other with nerf guns while dreaming about deer like this. For both of us to be able to harvest the biggest deer of our lives four days apart is just mind blowing, and roughly pushing 475” of horn is just crazy. All the sweat, tears and hard work paid off brother!! Thankful I’ve been apart of this 5 year journey! Well deserved deer!! Congrats my guy!”

We hope to have more on both bucks soon. Stay tuned.