With such a whopping gross typical score, Thome's buck could push into the 200s, which would put it near the top of the P&Y book 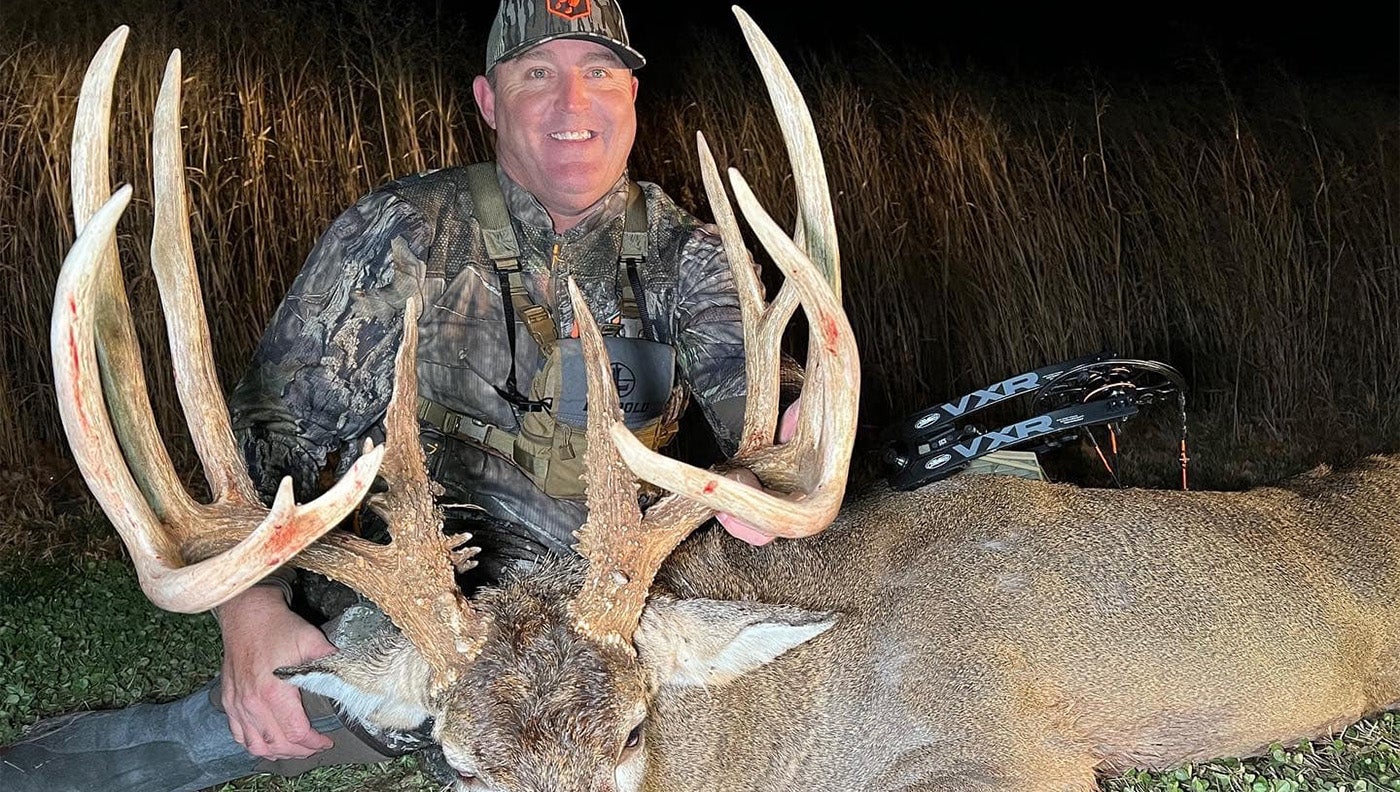 Thome first encountered the buck on his central-Illinois farm in 2018. His friend and hunting partner Mike Matheny, former MLB catcher and current manager of the Kansas City Royals, passed on the deer when it was 4½ years old, recognizing its potential. In the ensuing three seasons, Thome has gotten hundreds of trail-cam pics of the giant and has had several encounters with the buck in the field.

On Friday afternoon, the Hall-of-Famer was sitting in an elevated blind overlooking one of his favorite food plots, appropriately named, The Grand Slam Field, when the huge buck showed up to check for does and grab a bite to eat. When the monster stopped to feed at 50 yards, Thome 12-ringed him with his Mathews VXR.

The buck has several abnormal points, including stickers on the bases and a deep fork on the right G2, as well as some side-to-side deductions. Without these, Thome’s incredible buck would give Milo Hansen’s 213-5/8 world-record typical a major-league scare. As is, it may have a shot of pushing into the 200s, which would put it near the top of the P&Y record book. Any way you measure it, Thome’s buck is a gagger and a buck of a lifetime—although it’s not the first giant typical Thome has taken. In 2015, he arrowed a net 193-2/8 12-pointer on the opening day of the Illinois bow season.

For now, we don’t yet have a green net score for Thome’s most-recent world-class whitetail, but the photos suggest something at least in the 190s, possibly bigger—and possibly in the top five for P&Y typicals ever. Of course, photos can fool you, so we will wait and see. Meanwhile, you can check out a post-hunt interview with Thome on Drury Outdoor’s popular DeerCast App.

Stay tuned for updates on this developing story.