Modern vs. Classic Upland Shotguns: Which Is Better for The Money?

Thinking of buying and hunting with a classic upland shotgun? Hear what our shotguns editor has to say first 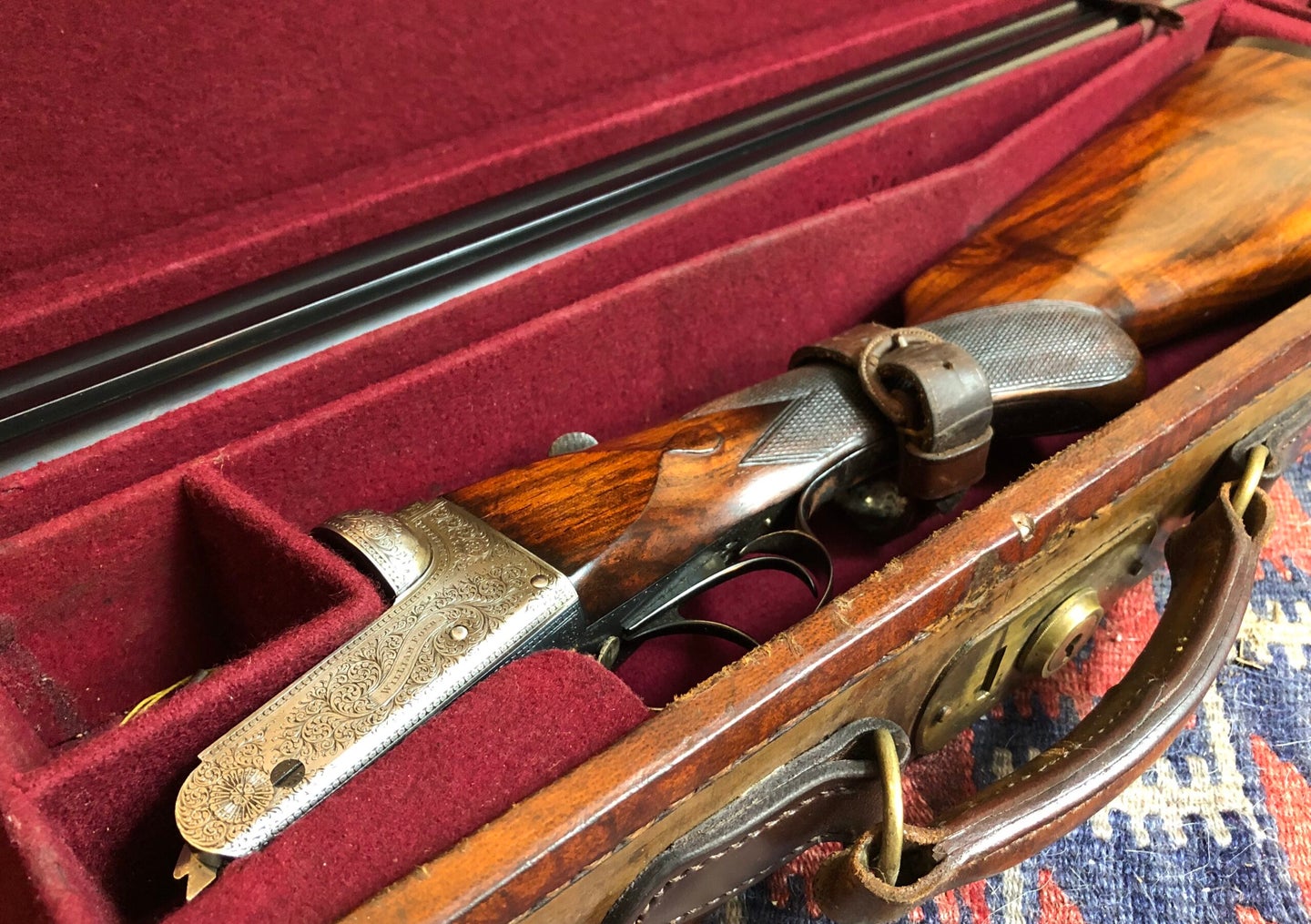 Classic hand-finished guns like this refurbished English side-by-side are a good buy if the price is right. Matthew Every
SHARE

Upland hunting attracts gun fanciers and traditionalists. Once they save money to buy the gun of their dreams or to add one to the battery, many bird hunters pick a classic over a more practical new gun. Is a classic gun right for you? Here’s what you get, and what you give up when you shoot an old gun.

What You Get When You Buy a Classic Upland Shotgun

You can define “classic” in various ways, but let’s make it easy and say a classic is a gun that’s not made anymore. That’s not a perfect definition, as I’d term a 1950s-era 870 Wingmaster a classic. And, there are plenty of guns that aren’t made anymore because they were never good guns to begin with. We’ll debate what is and isn’t a classic some other time. Today’s question is, do you want to hunt with one?

When you buy a classic shotgun, it automatically comes with history and tradition built in that no modern gun can match. My J.P. Sauer and Sohn double was made in November of 1940. The German spelling of “Son” engraved on the frame and barrels indicates it wasn’t made for export, and I always figured the gun was liberated by a G.I. and brought back to the U.S.  Even though the gun was made for the civilian hunting market, the Nazi government proof marks on the barrel flats give it the feel of a war trophy.

Owning and hunting with a piece of history matters to some and is meaningless to others. This kind of value is often impossible to quantify. What’s a little easier to quantify is this: my Sauer isn’t a high-grade gun, and it costs about $1500, comparable to, say, the Franchi Instinct my pheasant hunting partner shoots. His gun is made by machines. Mine was fit and finished by hand. Some of the engraving was rolled or stamped, but most of it was done by someone with a hammer and burin. The checkering bears a few tiny flaws and overruns where somebody slipped up just a bit. All the internal parts had to be fitted 80 years ago, and it still locks up like a new gun. A truly handmade new double would cost you many thousands of dollars today, but almost anyone can find a classic gun full of handwork that they can afford. That’s the more quantifiable advantage to owning a classic.

Does that handwork make my gun better than Rick’s Franchi?

Consider this:  When there are C-n-C machines that can work on 96 receivers at once and mill each one to nearly-identical .0001” tolerances, there’s no advantage to owning a hand-fitted gun. Likewise, a 5-axis laser can engrave a gun beautifully. A couple of years ago I visited the Italian engraving house, Bottega Insicione Giovanelli, to watch engravers work on the Caesar Guerini Revenant. Lasers had carved the gamebird and leaf design on the guns, men and women worked with hand tools, spending ten hours on each gun deepening and accentuate what was already there, while adding quite a bit to the cost at their expensive hourly rate. I asked the master engraver how long it would take to engrave a Revenant entirely by hand. The look he gave me said, “Why in the world would we want to do that?” while he told me “It would take 170 hours to engrave it by hand, and it wouldn’t be as good.”

Making the patterns from two shotgun barrels converge to the same spot at 40 yards used to require the trained, skilled hands of specialists. In all of Italy’s Val Trompia gunmaking center, only seven barrel regulators remain. Now machines make parts so precisely, it’s a given that barrels will shoot to the same place. That’s a long answer to the question of whether a hand-fit-and-finished gun is better than a new gun. The short answer is no, it’s not. But it’s a lot more fun to own.

Your cool, handmade gun comes at a price beyond its tag. You’ve got a few drawbacks to keep in mind:

1. It Has Fixed Chokes

Prior to the mid-80s, choke tubes were rare. A lot of older guns were choked very tightly, since ammunition then didn’t pattern as efficiently as shotshells we have now. Generally, shorter barreled guns had more open chokes, longer barreled (and currently more desirable) guns had tight chokes. Unless your gun is an unfired collectible, there’s nothing wrong with having chokes opened up or even having your barrels fitted for thin-wall chokes. I’ve done both, although I drew the line with my Model 12 Heavy Duck. It has the original Full choke, and that’s how it’s going to stay, even though a Modified choke would be more useful to me.

2. It May Have Short Chambers

Some older guns were made for 2-inch, 2½-inch or (like my Sauer, and some older Auto 5s) 2 9/16-inch shells. Some people shoot longer shells in shorter chambers, which does raise pressures. Others search out the right length shells from ammo makers like RST. Some, like me, have their gun’s chambers lengthened. That solution doesn’t work for every gun because some lack the barrel wall thickness to do the job safely. It will also kill the resale value of an English gun.

3. It Can’t Shoot Steel or Other Hard Non-Toxics

Most classic guns aren’t rated for steel shot and in some you risk scratching the barrel, bulging the muzzle, or even separating barrels. If that bothers you, maybe you should buy a new gun. While I have three or four older guns that can’t shoot steel, I do prefer hunting guns made after the mid-80s, because most of them are tough enough for any shot material.

4. It Has Weird Stock Dimensions

This primarily applies to the American classics, but some older guns are stocked for a different shooting style. There’s a ton of drop to some of those old gunstocks, such that if you mount the gun as we do today all you see is your thumb and the lever. Shooting with a more heads-up style isn’t hard to learn, but you may have to unless you want to have the gun restocked—although I have seen some attractively spliced stocks where a gunsmith made a diagonal cut below the comb and added wood to build it up.

5. Spare Parts are Hard to Find

My early 70s Miroku Charles Daly target gun spent a whole shooting season in the shop while my gunsmith searched for new firing pins and springs for it. It turns out, there aren’t many left around. But, he did eventually find them, and it won’t need new ones now for many years. There are gunsmiths who specialize in older guns. Parts can also be fabricated. It’s by no means impossible to keep an older gun going, but it can be more difficult. Shooting a classic often means you have to be the sort of person who thinks fussing with your gear and keeping it working is part of the fun of owning it.