If you're looking for mature, lightly-pressured mule deer, avoid the crowds in the high country and focus on lower elevations a 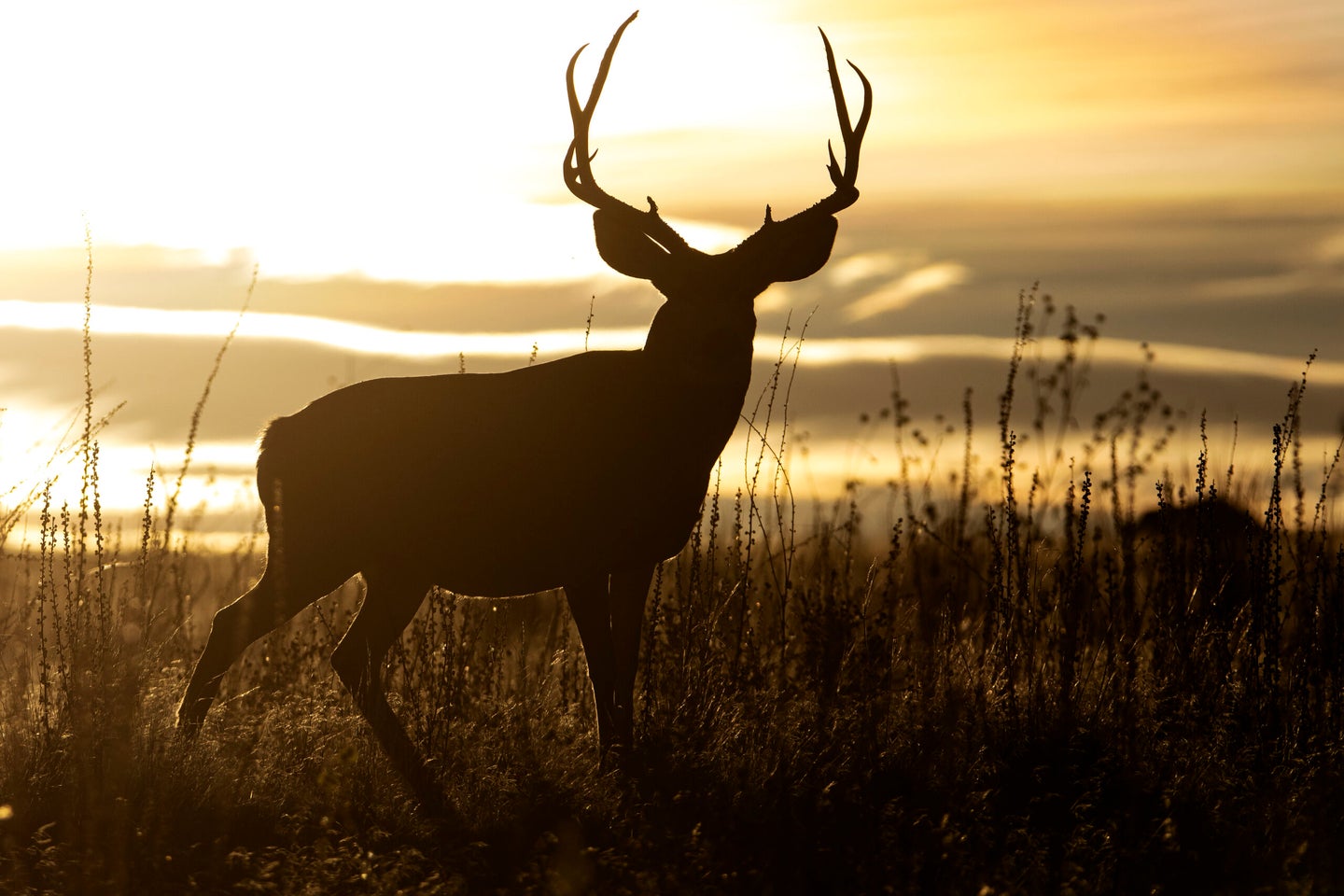 You can up your odds at finding a nice muley buck by hunting in rough low country. Bryant Aardema -bryants wildlife images via Getty Images
SHARE

Every fall, truckloads of hunters pour into the Rocky Mountains to pursue mule deer in the high country. On their way, they often cruise right past better mule deer habitat without even realizing it. They could have shorter drives and often better hunting if they changed their game plans.

From rugged canyons miles across to narrow, brush-choked coulees, these sharp depressions in the landscape can hold surprising numbers of mule deer. And a fair share of those animals sport huge racks because of the light hunting pressure they are exposed to compared to their high-country counterparts.

Where to Find a Canyon Mule Deer

To find the best low-country habitat with the greatest potential numbers of mature bucks, focus on the topography that’s the most rugged, precipitous, and uninviting. The more isolated, steep, and difficult a canyon is to penetrate, the better its prospects for holding a mature buck. Look for names on topo maps like No Man’s Land, Hell’s Canyon, Devil’s Creek, or Purgatory Gulch. Studying topographic maps and satellite photographs will allow you to pinpoint these types of rough breaks and steep canyons before heading out.

Both narrow coulees and wider canyons are good. But size is not as important as how rugged and isolated it is. If possible, check out the habitat in advance and determine if it has enough rocky cover and some low scrub trees and bushes to make an old mule deer buck feel secure living there. Also, look for fresh sign such as nibbled bushes and tracks near the rare watering holes you might find.

Food doesn’t have to be close, but should be within reasonable travel range—less than a mile. Many mule deer simply live on the scrub oaks, mahogany, juniper, pinion, and similar foods that somehow survive in these arid, rocky breaks and canyons. Others travel daily to nearby farms for more nourishing fare such as alfalfa or clover crops.

Don’t expect very high deer populations. The habitat can only support small numbers of mulies compared to softer, gentler areas in foothills and ranchland where food is more abundant. Deer inhabiting this type of canyon and badlands terrain require lots of space. You may hunt all day to find one good buck. But hey, if that’s the right one, that’s all it takes.

Three Key Areas To Look for Mule Deer in Canyons

Heads of Canyons: These areas often break out into either a plateau or mesa country at the top. In other cases, they blend into foothills and mountain ranges.

Side benches, ledges, and shelves: These are common in canyon country. Look for the best ones along the sides just down from the upper canyon edge. If the weather is hot and sunny, look for the deer to be bedded on the shaded side of the canyon, often right under a rock ledge where the air is cooler. This is the type of spot where I bagged my first canyon mule deer many years ago in eastern Montana, a non-typical 13 pointer.

Old bucks can survey the territory from these small benches, watching for danger while monitoring the wind with their noses. These shadowy areas are dark, so glass carefully or you may overlook a bedded buck.

Canyon bottoms: These areas might not seem appealing, but some mulie bucks prefer them. My biggest typical mule deer ever, a 178 net B&C, came from just such a spot in the canyon country of Colorado east of Trinidad. Often does prefer these somewhat “softer” areas than the side ledges and canyon head. They in turn attract the bucks during the rut. That’s what drew that mature buck I killed to the bottom of Hell’s Canyon.

Covering ground, both by walking and by using optics, is the way to go when searching for an outstanding canyon mule deer. Start with your naked eye when you first arrive in a prime area. You can survey more territory quickly that way and pick up moving animals. It will also give you a good idea where to focus your glassing.

Use 8X or preferably 10X binoculars to scan likely areas horizontally in a grid pattern. If you need to probe great distances, break out a spotting scope in the 30-60X range. The scope and binoculars can also help you plan your stalking route once you spot a good buck.

Work slowly across one section of habitat with your binoculars, starting at either the top or bottom of terrain. Continue doing this until you’ve probed all the areas that could potentially hold deer. If an area looks especially good, scan it a second time. A deer could be hidden and move out later or rise up from its bed.

Search for the blocky, oval form of a deer’s body, the glint of sunlight on antlers, a shiny black nose, a white throat patch, or a flickering ear. Sometimes what looks like shrubs or scrub oak branches will turn into a set of antlers atop a buck. It’s rare to see a full-blown clear image of a buck in this habitat unless you’ve spooked it and it’s running. Typically you’ll just see part of the animal.

Once you do, use the spotting scope for trophy analysis. Make sure the animal is bedded or you have a good idea where it’s headed. Then study the terrain and wind direction to plot out a stalking route that will allow you to approach without being seen, smelled, or heard.

Still-hunting can pay off in canyon country when there is sufficient cover present such as scrub oaks, pinion, pines, and juniper. The vegetation will allow you to walk along undetected until you get close enough to see or jump the quarry. This approach will allow you to kick out deer that might be impossible to see just by glassing from a distance.

Take a few steps into the wind, then pause and scan the habitat. Be ready for a quick snap opportunity. If you jump several deer, study the surrounding terrain before moving on. The biggest bucks will often let the youngsters act as moving decoys while they try to hunker down and stay hidden.

And if you think a gulch or coulee might have a buck you can’t see, try tossing a large rock into it, or give a loud blast on a predator call. This will often startle a buck into standing up and giving you a shot.