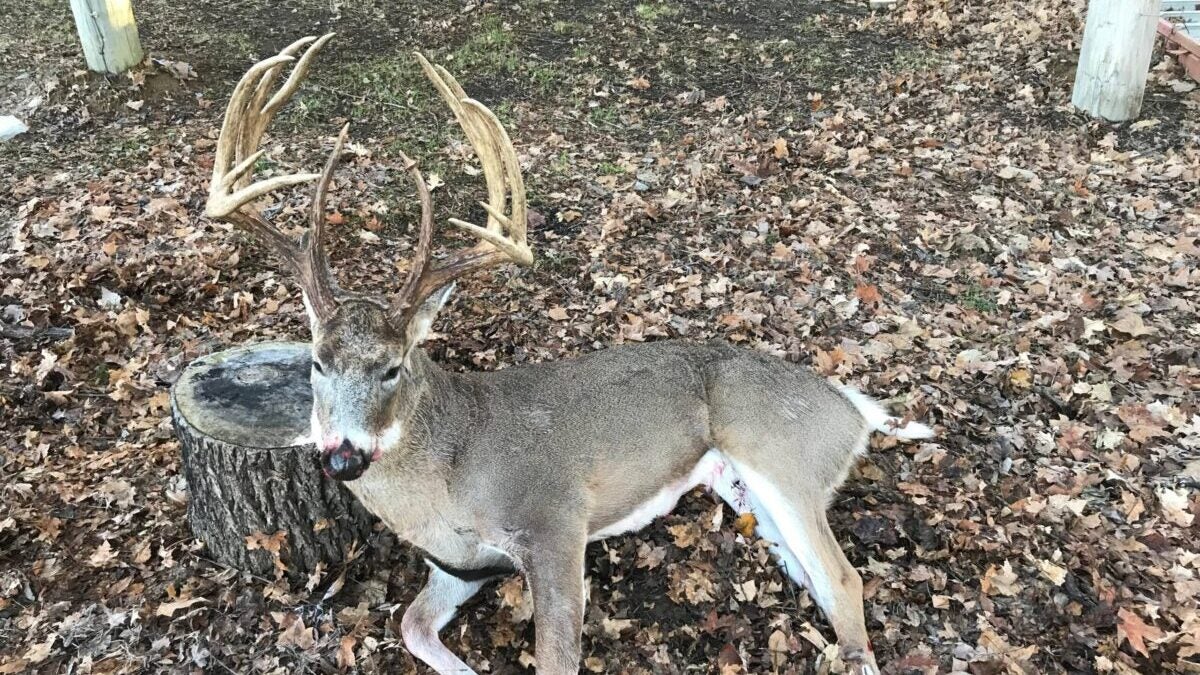 Nathan Beckham, of central Kentucky, lives to hunt deer any chance he gets. “When I was young, my dad took me hunting with him, and it was something I always enjoyed,” Beckham says. “As I grew older, my interest in deer hunting evolved. Whether I’m successful or not, I enjoy putting time aside each year to scout deer, work food plots, and check trail cameras.

This season, when Beckham started getting trail camera photos of a 200-inch deer on his family farm, he couldn’t help but spend more time in the timber. On November 21, 2021, he finally had an in-person encounter with the deer. But he couldn’t get a shot.

After that, Beckham didn’t see the buck for the remainder of the month, despite his efforts. He hunted through the rifle season and into late-muzzleloader. The buck continued to frequent his cameras, but it was mostly at night.

On December 11, Beckham had been hunting for 12 consecutive days. The weather was windy and unusually warm, but it cooled off as the day progressed. His family farm is a mixture of rolling hills, dense cover, and hollows that funnel down toward open fields. Beckham decided to sit in a stand for the afternoon at the base of a hillside, overlooking a food plot surrounded by thick brush and cedar trees.

As the sun dipped closer to the horizon, deer started moving. Several does walked out and started feeding in the food plot. They milled around for a while, eating greens as they went. Then, Beckham saw movement in the cover.

“I caught a glimpse of a rack coming out of the timber,” says Beckham. “My gut was telling me it was the buck I had been hunting. As he walked closer to the food plot, I could see it was him, and I got nervous and shaky.”

The buck approached the does, then he stopped broadside 140 yards away from Beckham. Beckham settled the crosshairs, slowly squeezed the trigger, and took the shot. Smoke filled the air, and the buck took off.

Read Next: Our Best Hunting and Fishing Moments of 2021

Beckham gave the deer a couple of hours and waited for some buddies to arrive. They followed the blood trail through thick brush and across a hollow and found the deer on a hillside beside a big tree. The buck had run about 120 yards. “This is a once-in-a-lifetime buck and my patience and dedication paid off,” he says. Beckham scored the deer at 201 2/8 inches. He aged it at 4 ½ to 5 ½ years old.