Nevada Bear Season Opens Despite Calls for Cancellation Due to Wildfires

State officials say that the hunt is vital for "keeping animal populations in sync with the capacity of the land." 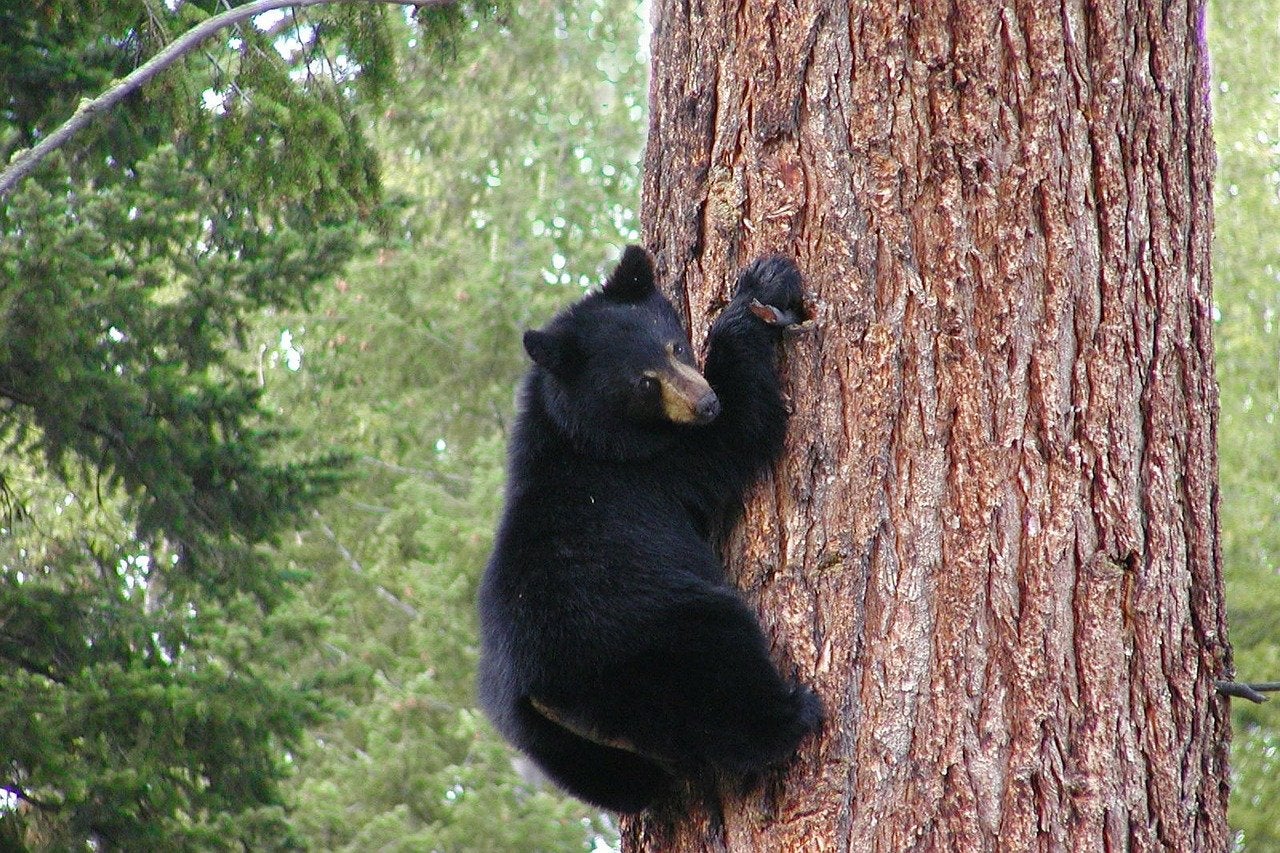 Nevada’s bear hunting season opened as scheduled on September 15, despite calls from some environmentalist and animal rights organizations to cancel most of the 2021 hunt due to drought and wildfires. On September 8, the Center for Biological Diversity (CBD) urged the state to call off hunts in units affected by or adjacent to areas affected by wildfires. The proposed ban would have shut down eight of Nevada’s 10 black bear hunting units.

“We need to give our bears a break,” said Patrick Donnelly, Nevada state director at the CBD, in a press release. “Climate-fueled catastrophic fire isn’t just hard on us, it’s also hard on wildlife. Bears are struggling to survive and recover from the most difficult summer of their lives, and now they’re going to be chased by dogs and shot to death. It’s unacceptable.”

In a letter to state wildlife officials and Governor Steve Sisolak, the group said two massive fires less than 8 miles apart “profoundly affected the ecology and wildlife of the central Sierra Nevada.” According to the letter, the Tamarack Fire, which was declared an emergency by the governor in July, and the Caldor Fire, which has consumed more than 218,000 acres since August 14, “form a nearly contiguous belt of burned terrain almost all the way across the Sierra Nevada.” The letter was also signed by the Sierra Club’s Toiyabe Chapter, the Humane Society of the United States, WildEarth Guardians, Animal Wellness Action, No Bear Hunt NV, Nevada Wildlife Alliance, and Bear Defenders.

The Caldor Fire forced thousands of South Lake Tahoe residents to evacuate the city and spurred a bump in bear activity in the town. While residents were away, bears dug through trash cans, broke into homes, and were spotted at gas stations and outside grocery stores. “Historically Tahoe bears have always been a problem, especially in the late summer,” Eric Palmberg, a public information officer with the South Lake Tahoe sheriff’s office, told The Guardian. “They’re getting ready for winter so they’re trying to pack on the calories. There were no people so they roamed the city.”

Rescue organizations like California’s Wildlife Disaster Network have also reported an uptick in orphaned bear cubs with burned paws. But photographs showing injured bears searching for food and water in fire-ravaged areas can also be considered evidence that the hunt needs to go on, according to state officials.

“At this point, ending the bear hunt due to habitat loss is counter to the wildlife management science on carrying capacity,” Nevada Department of Wildlife Director Tony Wasley wrote in an email cited by the Nevada Current. “As counter-intuitive as it is for some people to understand, the Department has implemented multiple emergency doe hunts for mule deer and pronghorn with the objective of keeping animal populations in sync with the capacity of the land.”

Wasley noted that NDOW has no plans to recommend closing the season due to wildfire or drought. The hunt is scheduled to continue to Dec. 1, or until harvest limits are met.

“The reality is that sometimes reducing population numbers can improve habitat conditions and subsequently improve animal health which results in increased survival,” Wasley added. “Removing or killing 100 may allow for the survival of hundreds and hundreds more. It is [for] population management, not the saving of individuals.”

Meanwhile, the California Department of Fish and Wildlife recently reopened 34 properties to hunting and fishing that had been closed alongside a sweeping two-week state-wide national forest closure. Most of California’s national forests were also reopened on September 16.