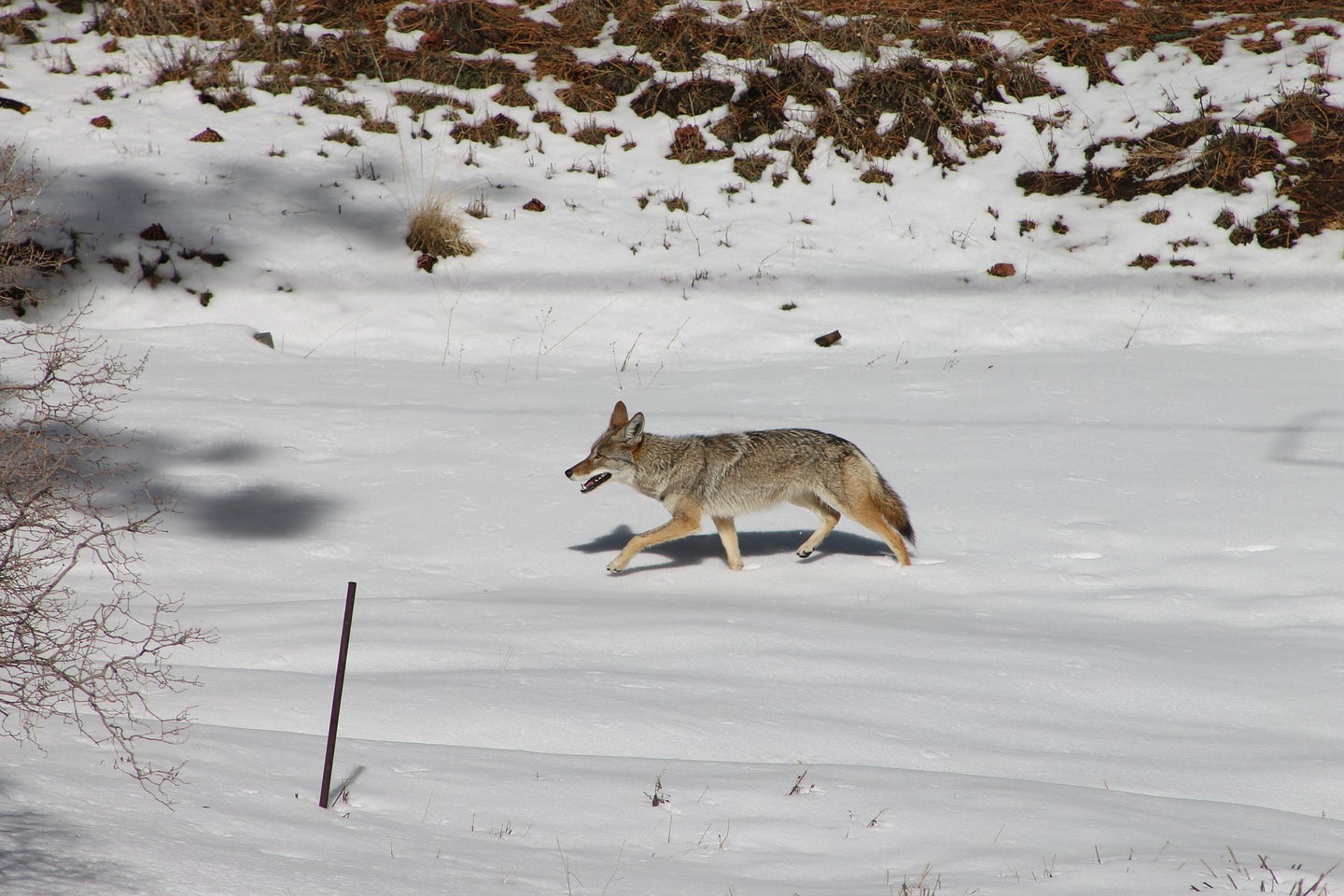 Coyotes are considered a nuisance species in Nevada. Pixabay
SHARE

A proposal to ban contests related to capturing or killing “predatory animals or fur-bearing animals” in Nevada was voted down by a 5-4 vote from the state’s nine-member Wildlife Commission. The commission is appointed by the governor and consists of members representing sportsmen, conservation, farming and ranching, and one member of the general public. The November 5 vote marked the third time in six years that the commission has deliberated and dismissed this kind of proposal, according to the Reno Gazette Journal.

“What are we regulating?” said Commissioner Tom Barnes, who was appointed to represent ranching interests. He added that participants in coyote hunting contests, which typically offer prizes for hunters who kill the most coyotes, are “really not doing anything illegal.”

Coyotes are considered an unprotected or nuisance species in Nevada—and in most states. Coyotes were responsible for deaths or injuries to 253 cattle, 82 domestic fowl, 330 goats, five pets, and 596 sheep in Nevada in the last fiscal year, according to the U.S. Department of Agriculture. In 2019, coyotes killed or injured 166 cattle, 82 domestic fowl, 11 goats, eight pets, 1,332 sheep, and three pigs in the state.

The Controversy Regarding Predator Contests is Likely to Continue

The Center for Biological Diversity immediately released a statement calling the commission vote “an outrage.” Bans on predator contests have been part of the anti-hunting organization’s playbook for several years. Patrick Donnelly, the Nevada state director at the Center for Biological Diversity, took aim at the commission itself, arguing that it’s “mostly composed of white men who hunt [and] is not representative of Nevadans. The legislature needs to strongly consider overhauling the composition of the commission or abolishing it altogether and giving management authority to the Department of Wildlife.”

Proponents of predator contests say that the commission is structured to represent interests in the areas where these fur-bearing predators are most prevalent and impactful. They also point out that predators, especially coyotes, cause serious damage.

Though some Nevada county commissions and city councils approved resolutions in support of the ban on the competitions, Elko County’s Board of Commissioners unanimously passed a resolution supporting the contests, noting that “eliminating ‘killing contests’ would be the camel’s nose under the tent that could eventually threaten such wholesome family events like fishing derbies.”

A similar proposal to ban predator contests was floated in Virginia earlier this year. It was pulled from consideration after a legal review determined the matter was in the purview of the state’s legislative body, the General Assembly. Still, Virginia Department of Wildlife Resources Executive Director Ryan Brown noted the proposed action was mostly related to the optics presented to the nonhunting public of contests awarding cash prizes. Contest supporters, though, pointed out the long history of big buck contests, fishing tournaments, and other similar events.

“I fully support people protecting their livestock, their pets, and their families,” said Nevada Commissioner David McNinch, who introduced the predator contest ban. “I just disagree that the best way to do it is through these contests. It’s not the act of killing the coyotes that bothers me, it’s how it’s done.”