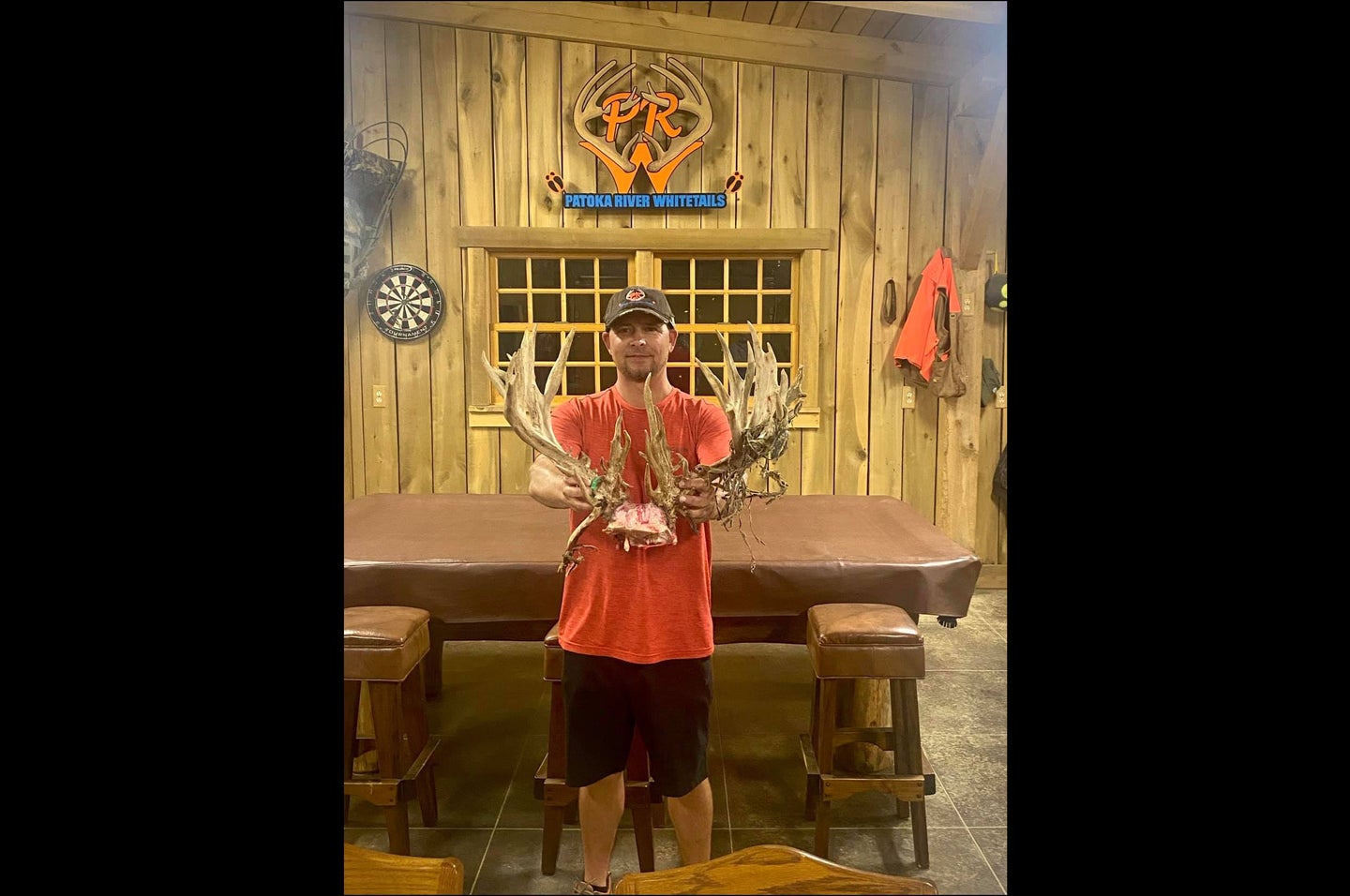 Last week, when Field & Stream published a story about a huge 280-plus-inch whitetail buck that Derek Settle said he shot in Henderson County, Kentucky, on September 11, 2021, we expected the comments crying out that the buck was a “high fence” deer—like we usually see when posting stories about large non-typicals. (Pen-raised deer have more opportunity to grow huge racks because they live in a controlled environment). However, In the last few years, hunters have killed several wild deer that broke the 300-inch mark, so a wild buck of this caliber was not at all out of the question. Settle also claimed to have taken the deer in a part of Kentucky that is known for big bucks.

What we did not expect when we published the story, however, were claims from the owners of a high-fence hunting preserve alerting us that Settle’s buck was, in fact, taken on their property—in another state. After learning this, we quickly addressed the development with an editor’s note to the original story, and to the post on our Facebook page, explaining the situation and vowing to update readers as soon as we learned more. Well, we’ve learned more.

A Timeline of the Derek Settle Buck

“Patoka River Whitetails is a family-owned and operated farm, and this situation really hit us hard. We are all avid hunters ourselves and believe there is nothing better than the freedom that we feel while in the woods. This freedom is what Patoka River Whitetails was built on—providing hunters the opportunity to feel as if they are right at home while hunting.  We operate as a family and treat our hunters as if they are our own family. Seeing the original article took us by surprise. It’s unfortunate that these things happen and drag businesses and hobbies down in the mix of it. We appreciate all the kind words regarding our preserve and appreciate all of those who brought it to our attention. While it is unfortunate that Mr. Settle chose to falsify his harvest with us, we still congratulate him on his buck of a lifetime.”

“My comment is that yal got the information all wrong about the locations. The KYfwl Conservation was contacted Sunday morning on the 12th to delete the entry on the Ky Harvest Site. Weather or not it has updated or not is out of my hands. Obviously the pictures of my buck had previously been leaked on social media throughout the week, even though I never posted it. My point is that the fake news media is at a all time high and dying for a story without fact checking the information before publishing their articles. And now I to am a victim of this. On the record.  That’s my response.

“I made the entry into Ky telecheck by mistake, thinking it was required in order to transport the Cape into ky. Which I immediately realized was not required after checking on the KYFWL website. Therefore attempting to contact KSP and Ky Conservation to delete the entry. Which I couldn’t do until the following morning. 9-12-2021. On the record. Please use my words exactly as they are.  And I’d appreciate no further contact.”

An Investigation Into the Settle Buck Is Underway

The KDFWR law enforcement division is aware of and currently investigating the incident. Kentucky Administrative Regulation 2:172 (9) prohibits a person from knowingly entering false information into the Telecheck System. As of right now, it’s unclear if Settle could be charged with any other violations. KDFWR will not comment on any ongoing investigations.

We will continue to report on this developing story.