Bowdy Gardner arrowed the giant buck almost a decade ago. Yet thanks to a recent rule change and a special panel scoring session, it's now a new official world record 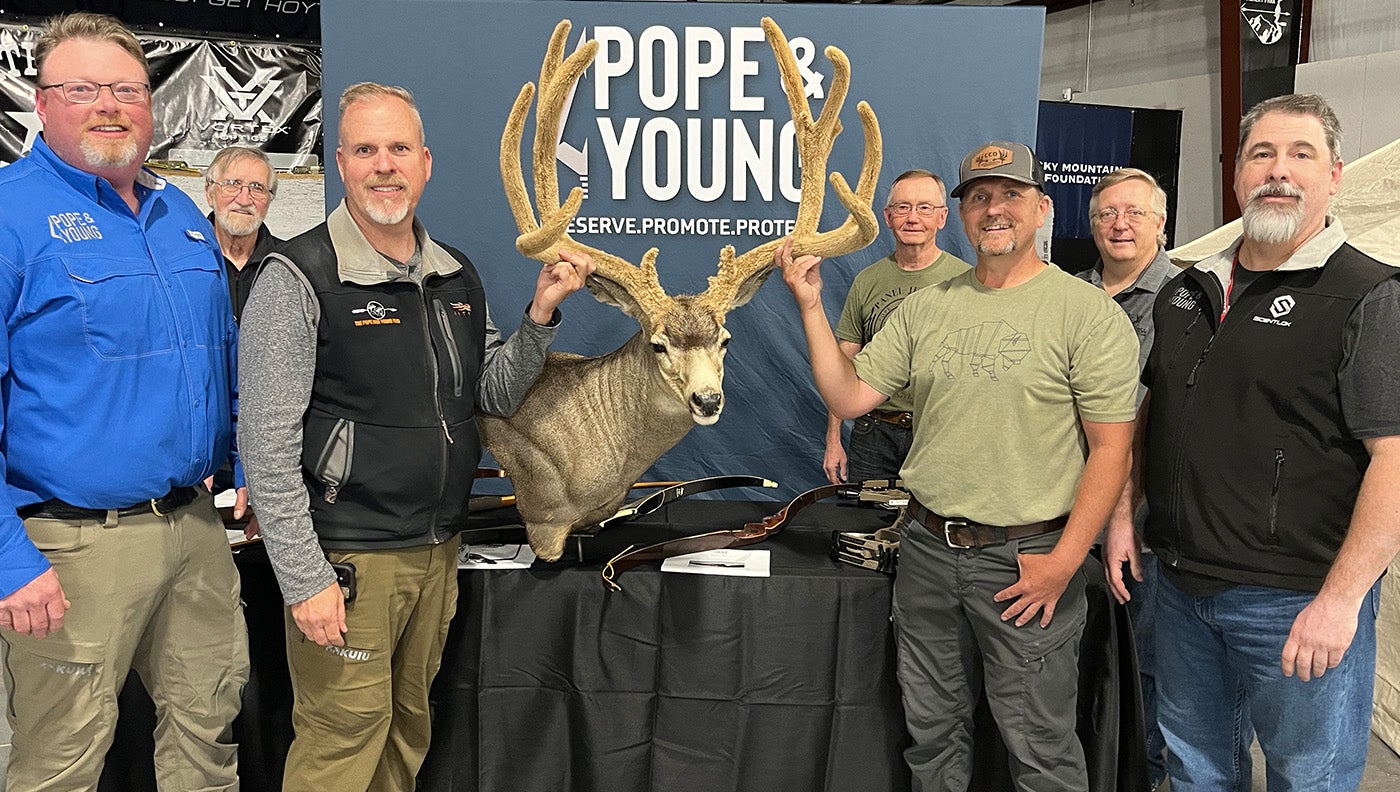 It took Bowdy Gardner’s buck nearly a decade to officially make it to the top, but the tremendous velvet mule deer he arrowed in 2012 is now an official world record, as announced by the Pope & Young (P&Y) Club today. The buck was scored by a special panel of five P&Y measurers assembled at the Inter Mountain Bowhunter’s Bash held in Ogden, Utah, earlier this week. That panel verified the buck’s original score of 218-2/8 inches and declared the incredible deer the new No. 1 archery muley in the typical velvet category.

Gardner was hunting with Color Country Outfitters in Kane County, Utah, when he shot the towering 5X5. After the mandatory 60-day drying period, the buck vaulted to the top of the typical velvet category, topping an Arizona buck shot by Bradley Hunter in 2010 by a little over 9 inches.

At that time, however, though P&Y did keep records of velvet deer, the club did not recognize the leaders of those categories as official world records. But that all changed in 2021, when P&Y changed its stance, which led to the special panel scoring session and today’s long-awaited announcement. “This is a tremendous mule deer that has been awaiting this moment since it was taken,” said P&Y Records Chairman Roy Grace in a press release. “We were finally able to authenticate this buck.”