What's a whitetail nut to do when the hunt is over? Plenty. Follow these expert tips on how to prepare for deer season next year 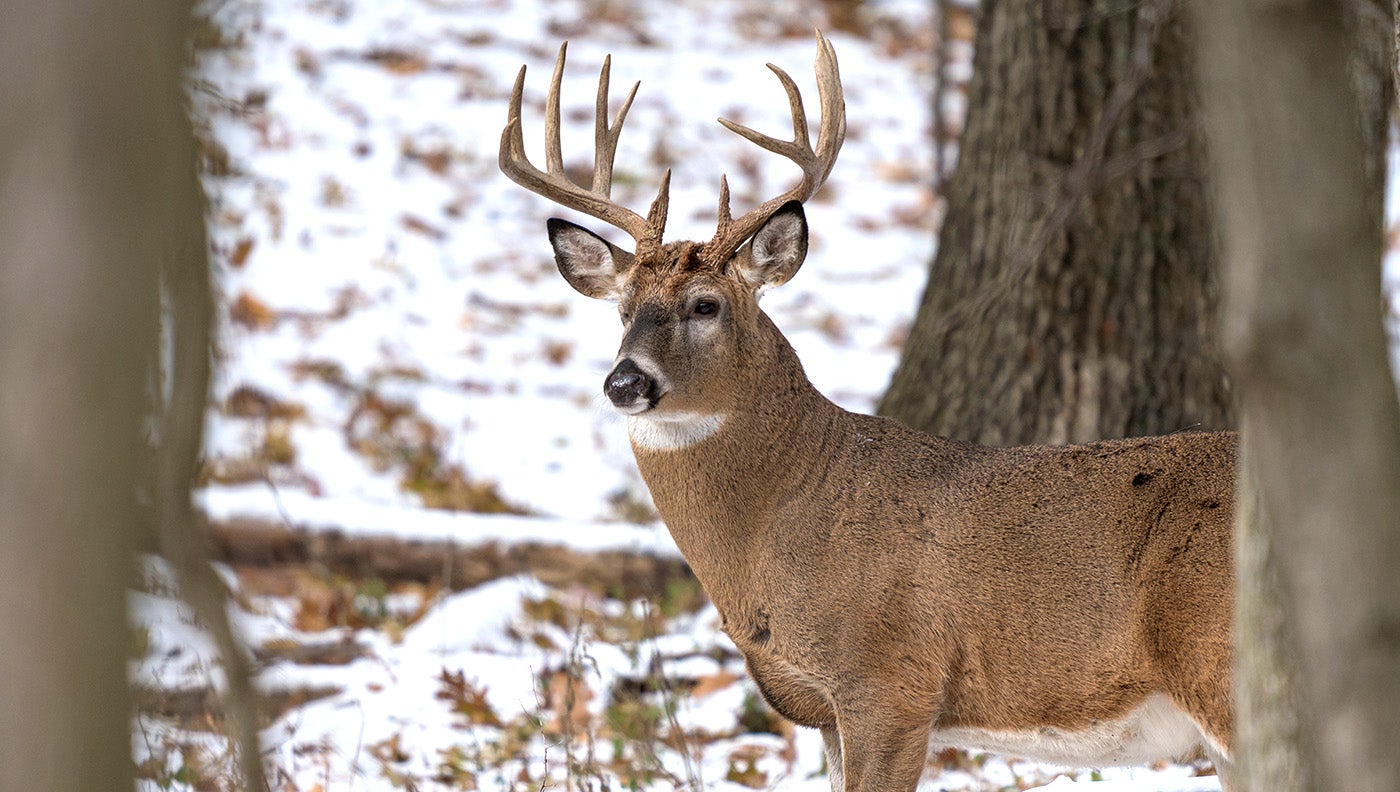 When the season ends, the first thing to find out is if your best bucks made it through the season. Marcia Straub / Getty
SHARE

My whitetail deer season here in southeastern Minnesota recently closed—and I’m already thinking about how to prepare for deer season next year. I managed to get some more meat for the freezer in the last few minutes of the very last day, but as soon as that doe was butchered and packaged up, I started thinking about next year’s season. Don’t get me wrong; I’m also thinking about relaxing on the couch and enjoying some college bowl games and the NFL playoffs. It’s nice to wind things down a little after going at it so hard for so long. But I know from long experience that very best time to get a jump on next year’s success is right now, while I’m still in go mode, and before I get so comfortable on the couch that I wind up putting off the things that need to be done right now.

What are those exactly? Well, in my mind, there are four key things that you need to right after or very soon after the whitetail deer season closes so that you don’t wind up behind the eight ball as next fall approaches. Here’s a rundown on how to prepare for deer season.

It’s tempting to pull your trail cameras now after a long summer and fall of swapping SD cards and blowing through batteries but stick with it just a little bit longer. Now is the perfect time to learn which bucks have made it through the hunting seasons and might be available to hunt next year. Those trail-cam pics can also add valuable info to your library of knowledge about individual bucks; where they live, how they behave around other deer, and even changes to their personality. As an example of the last, we had a beautiful 9-point that we’d pretty much decided was a non-fighter; he’d maintained a clean, unbroken rack for two years. But trail-cam pics of him after the third season revealed that he’d mixed it up with several bucks, as his winter rack sported several broken points. Good information to know going into the next fall, as this buck would likely respond to calling and rattling better than he had in previous seasons.

Post-season cams can also reveal new bucks on the scene, a frequent happening on winter food sources. While some of these winter freeloaders will return to their original homes come spring, every year we seem to pick up a new buck that decides our groceries are good enough to warrant expanding his home range. If it’s legal for you put down bait once the season closes, it’ll definitely up the odds of getting target bucks on camera now.

I put a ton of time and thought into just about every tree stand set—reading sign, watching deer behavior, making educated guesses about how deer will move through a certain patch of cover, and finally hanging a stand in the perfect spot to capitalize on that information. But I don’t always get it exactly right, and I’m guessing you don’t either.

Now is the perfect time to fix that. I just sat one of my new stands last week, and deer moved through the area but just out of bow range. And they did the same thing earlier in the fall. As I watched this recent group of whitetails, I realized they were favoring a slightly more dense and brushy edge than the more open timber by my stand site. I only need to move the set 20 yards to really dial it in, but this small move will turn a good spot into a great one. I can’t begin to tell you how many times this has paid off for me over the years. That is, when I make myself do it just after the season. Now’s the time, when you’ve likely got your stand-handing stuff handy and you’re in the habit of doing this job. If you wait, you may not get to it until late summer ahead of the new season, when you’ll have too much other prep work to find time for it.

3. Backtrack Bucks in the Snow to Find Their Beds

If you’ve done a lot of scouting and observed plenty of deer on your property, you may already have a good idea of where bucks like to bed on your property. But the difference between having “a good idea” and knowing is huge, and nailing down buck bedding areas can be pretty easy to do right now, especially if there’s snow.

Simply scout areas where you know deer are active until you cut a good whitetail deer track, then backtrack–or follow it–until you find the buck’s bed. If you bump him, don’t sweat it; the buck can run all he wants to and he won’t remember the spooking when you’re hunting him next fall. In fact, bumping him, giving him time to settle down, then tracking and bumping him again can teach you loads about how that buck uses the landscape; valuable intel as you hunt him next fall. (And no, bumping him twice will not run him out as long as you’ve got good cover and food.)

While your at this, remember that where bucks bed often depends of where the best food is, so concentrate on areas close the top late-season food sources on your property that you expect to be present in the late season next year too.

Lacking snow, this is one of my favorite times to thoroughly unravel rub and scrape lines. While finding this sign is obviously common in fall, most of us (wisely) don’t follow rub or scrape lines extensively for fear of compromising hunting opportunities. But there’s no need for such fear now, and following buck spoor from beginning to end can reveal reams about where bucks bed, feed, and stage, as well as the travel routes linking these areas. Some of the absolute best stand sites I’ve hung over the years are the direct result of post-season scouting efforts. I simply understood deer behavior so well in an area that I honestly wasn’t surprised when a buck showed up.

By season’s end I’ve accumulated quite a bank of photos from the fall, but before I relegate them to folders for easy storage, I like to go through all my pics and really study them. Whitetails, including mature bucks, tend to repeat patterns and behaviors from year to year, so for any good one that I know is still alive, I want to know everything I can about him. This kind of research can help inform me on how to prepare for deer season.

A buck my buddies and I call “The 75 Buck” is a perfect example. I’m the only one of our group who has laid eyes on him. I saw him twice, dogging does both times, once on November 1 and again the end of the late archery season. I wasn’t within 100 yards of him on either sighting, but I consider both encounters huge as I create a game plan for hunting him next fall. Each scrap of information we get on an individual deer–a trail cam pic, sighting, or tell-tale sign (track, rub or scrape)—can be critical intel for a hunt that won’t start for at least another nine months. And while much is made of MRI (most recent information), when it comes to arranging an encounter with a mature buck, I’d argue that history is just as critical.

So, I take note whenever good bucks show up on certain cameras and the specific spot it was located. For example, if a buck shows up in daylight on a September clover plot, I note the date and conditions. The same goes for my mock scrape sets; I want to know the exact date and time when a mature buck started hitting a scrape and, even better, when those visits morphed from dark to daylight. Most of my trail-cam photos denote temperature and, in some cases moon phase, and I want to know that too.

Finally I keep an eye out for up and comers. We generally give most 2½-year-old bucks a pass in my hunting group, and it’s always fun to see which of these AAA players have a shot at turning into next fall’s heavy hitters. Studying trail cam pics and videos of these up and comers can provide valuable intel about where and when they might be vulnerable next fall.