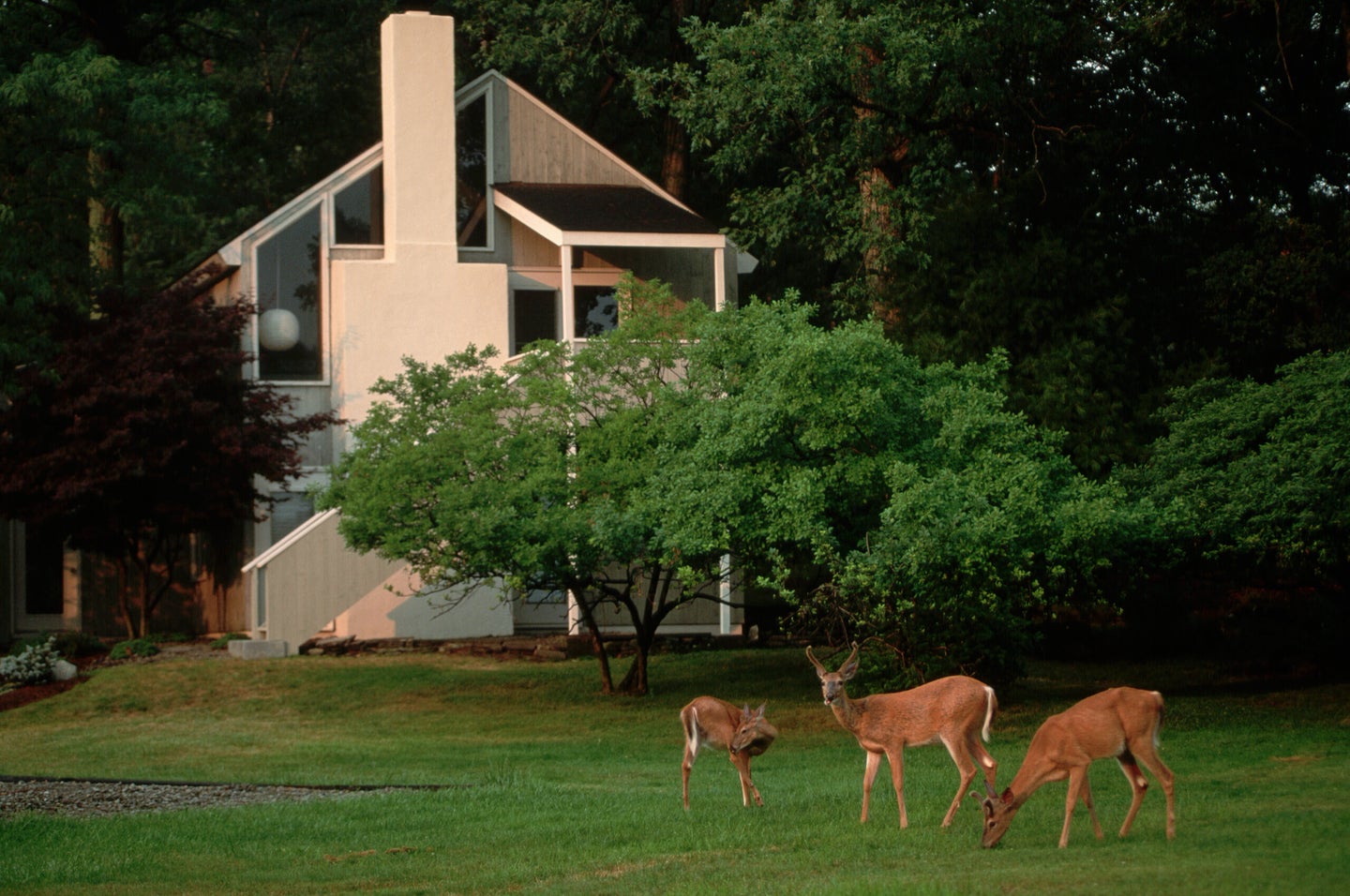 A small Ohio city just south of Cleveland has become a serious whitetail deer hotspot—but not in a good way. According to city officials, the town of Medina, Ohio—population 26,000—is home to about 600 resident deer. That’s approximately 60 deer for every square mile within the city. For comparison, there are only 20 deer per square mile in more rural parts of the state, according to the Ohio Department of Natural Resources (ODNR).

Medina City Council president John Coyne says the rise in deer numbers has been an ongoing issue since about 2012. As the herd proliferates, Coyne said the town is seeing an uptick in local traffic collisions. And homeowners, who want to protect hedgerows and garden plots from the insatiable foraging habits of the in-town whitetails, are also upset. In an effort to address the growing concerns of its citizens, the Medina City Council is considering empower local hunters to cull the deer numbers.

In a 6-1 vote on August 22, the Medina City Council’s finance committee voted to approve an amendment to local ordinances that lifts the restrictions on hunting deer inside the city limits. That means that this fall, during Ohio’s regular deer hunting season, hunters may be able to pursue whitetails in Medina with archery equipment.

If approved by a full vote of the council during an upcoming September meeting, Coyne says the urban hunt will be the first step in a  successful management plan for Medina’s deer. “These are baby steps to start out,” Coyne tells F&S. “We want to see what works and see if we can maintain some kind of management system.”

In order to participate in the urban cull, hunters would need to be at least 21 years of age and have at least five years of proven hunting experience or five deer harvests to their name. They’d also need a valid hunting license issued by ODNR. Each in-town hunt would have to be approved on a case-by-case basis by the Medina Police Department.

The proposal has not come without controversy. For months, some Medina residents have been protesting the urban archery hunt around town and on social media. During the finance committee meeting where the vote took place, a room full of protestors wielded professionally made signs decrying in-town deer hunting. The signs read, “Say No to the Neighborhood Bow,” and sported the logo for a local organization called Save Medina’s Deer.

Members of this group are vehemently opposed to any sort of culling measures and some of them have proposed a solution of their own: They say the deer should be given birth control in the form of immunocontraception. They have found an ally in council-member-at-large Bill Lamb, who cast the lone abstaining vote during the recent finance committee meeting.

“The urban hunt is not reasonable,” Lamb said during the meeting. “It’s not a nuanced plan. The way this is put together is simply a reaction…If we pass this proposal, it may make us feel good, but the proposal doesn’t in any way resolve consistent concerns about deer issues. Not about numbers, not about plants, and not about traffic. What is being proposed is a quick fix that’s inhumane and ineffective.”

Recent photos published in the Medina Gazette show Lamb gathering with members of the Save Medina’s Deer group as they were organizing an upcoming protest against the urban hunt. In the photo, Lamb is sporting a shirt emblazoned with a heart that says, “Watch for Deer.”

According to Medina City Parks Director Jansen Wehrley, there are approximately 80 other communities in Ohio that allow some form of urban deer hunting. “What we’re doing has been fully vetted by the city administration and our police department,” Whirley told F&S. “The ODNR has looked at our ordinance change and our rules and regulations for the proposed hunt, and they approve of both.”

Despite the controversy, it appears likely that hunters in Ohio will be called upon this fall to bring Medina’s ballooning deer population back in line. The full council vote on the matter will take place on September 12—and Coyne expects the proposal will pass.