The investigation spanned multiple states and counties, resulting in tens of thousands of dollars in fines for the offenders 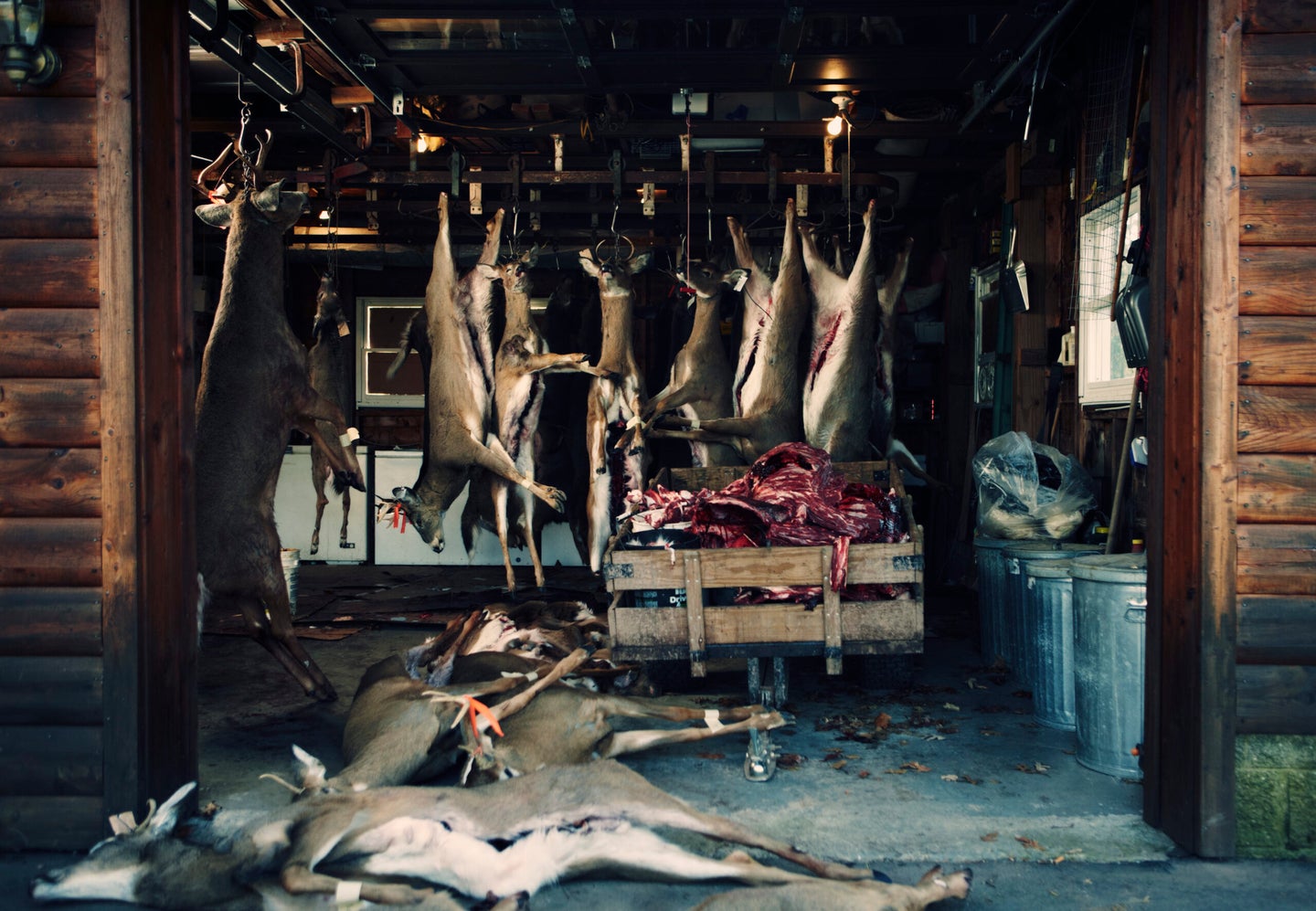 The owners and operators of A & E Processing in southeast Ohio were convicted of both felony and misdemeanor charges. Andy Ryan via Getty Images.
SHARE

On Thursday, November 3, Ohio officials convicted 14 defendants of more than 100 felony and misdemeanor charges in one of the state’s largest whitetail deer commercialization cases on record. The conviction stemmed from a lengthy investigation conducted by the Ohio Department of Natural Resources (ODNR) Division of Wildlife that spanned multiple states and involved several law enforcement agencies. All told, the offenders paid over $70,000 in fines and restitution, according to an ODNR statement.

The investigation, which centered on A&E Deer Processing in Gallia County, was launched back in February 2020. Charges against the owners and operators of A&E were initially filed in October 2021 and included “grand theft, possession of untagged deer parts, hunting with illegal implements, and complicity to wildlife sales.”

Employees of the processing outfit were found to have poached more than 30 whitetail deer. A&E also stole some 700 pounds of venison from customers, according to a 2021 press release issued by the Ohio Attorney General.

Between their poaching operations and the theft of harvested deer meat from their 280 clients, the defendants stole an estimated 2,000 pounds of venison over the course of two hunting seasons, the ODNR said. The stolen venison was stockpiled, laundered into summer sausage, and later sold for a profit.

In addition to tens of thousands of dollars in restitution, the group was issued a cumulative 63 years of hunting license revocations and paid over $6,700 in court costs.