No pre-season sightings. No multi-year campaign. This monster just showed up out of blue in front of Connor Webb's bow blind—and the hunter made the most of it 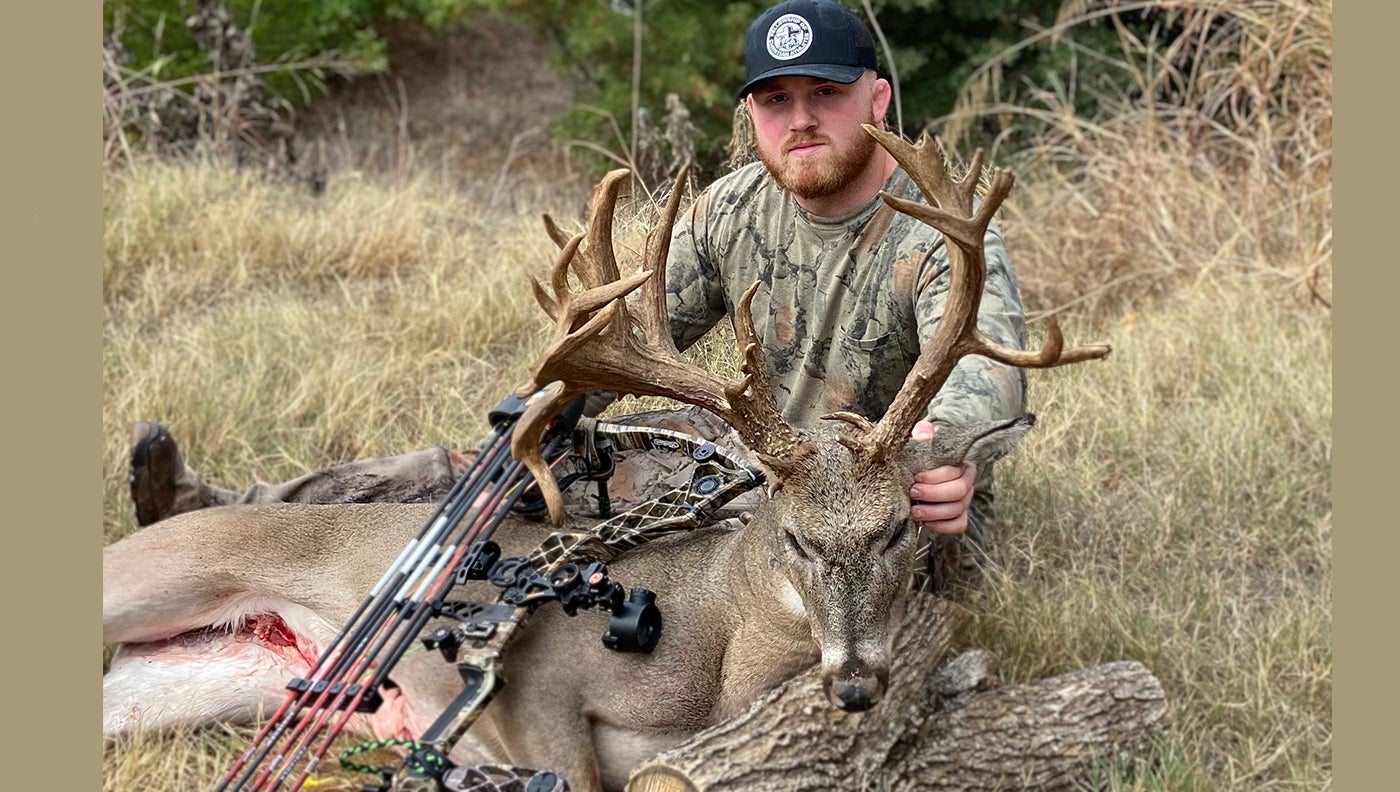 Every fall, we profile giant deer tagged by hunters who knew their trophy well after gathering tons of trail cam pics, notching the occasional (or frequent) sighting, and maybe scooping up a year or two’s worth of sheds. Then a dramatic end to the saga. Oklahoma bowhunter Connor Webb had almost none of that when he killed a Sooner State monster this week. What he got instead was a very big and very pleasant surprise. “I first got this buck on my trail camera only six days ago,” he told F&S. “I immediately went and put up a stand, took off work, and planned to put in 8 hours a day hunting him.”

Problem was, the wind switched and Webb wasn’t able to sit in stand overlooking a trail the buck was frequently using. “So I opted for an elevated blind, to more or less scout. To my surprise, the buck came out there with 3 other small bucks. I watched him for about an hour and he got to 66 yards, but I didn’t feel comfortable taking the shot.” The next evening, Webb wanted to hang a stand on the edge of that same field, but all the trees were either too big or too small, so I went back to the elevated blind without much hope of him the buck in range.

“Well, the buck came out about an hour before dark with the same group of bucks from the previous evening,” Webb said. “He was taking pretty much the same path as the night before, so I didn’t give it much thought about getting a shot. After watching him for 45 minutes, he started working closer, and finally got to within 44 yards, and I knew I could make that shot. I released my arrow and immediately saw the buck drop. I panicked because I thought I’d shot him in the spine; so, I released another arrow.” When Webb walked up to the buck, he got a second surprise: “Turned out, the first shot was pretty much perfect. It wasn’t until after I put my hands on him that I realized how big he truly was.” Webb gross-scored the big nontypical at 204⅜ inches B&C.