Audrey Ediger stalked to within 35 yards of her quarry and arrowed one of the biggest velvet bucks even taken in a province known for huge muleys. 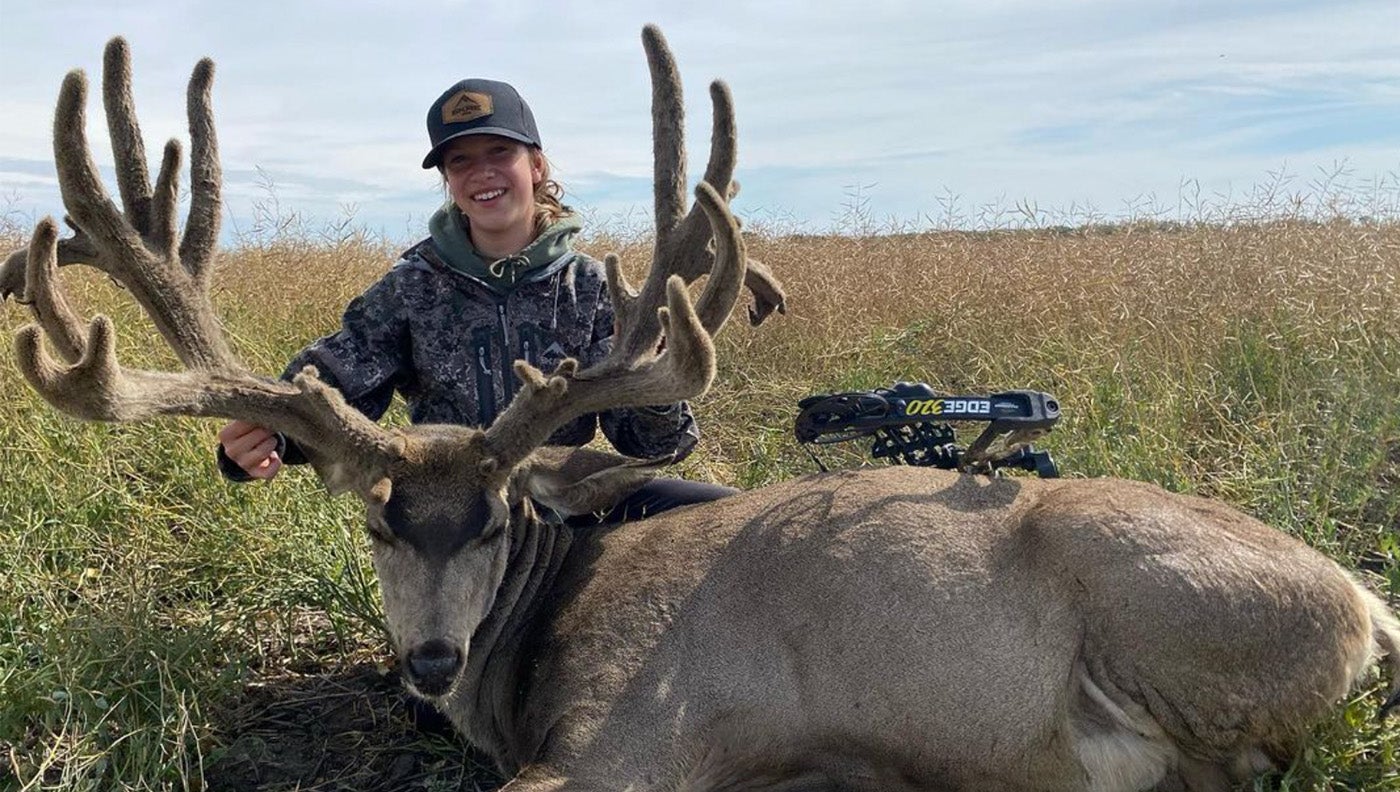 Saskatchewan bowhunter Audrey Ediger is only 14 year old, but she didn’t need any coaching from her father and hunting partner to know that the muley buck they’d found while scouting in late  August was a monster. “We went every morning and night to do scouting until opening day,” she said.

Ediger had to spend the first three days of the bow season at school, but when she could finally hunt on September 5th, she and her hunting partners were able to get right back on their target deer in a canola field. “We started our stalk through the canola, and after finding a sprayer track, we followed it right into 35 yards,” she said. “We waited for four hours, when the buck finally stood up, he browsed to within 30 yards, and I let my arrow fly!”

According to the Pope & Young online record book, Ediger’s muley should become the third largest velvet nontypical mule deer ever killed in the province. The largest Saskatchewan buck in that category grossed 282 and was killed by Ron Cordes Burton in 2005.  Second place is held by a 271-inch buck shot by Beau Knutson in 2012.

Ediger’s buck, if the score holds up, stands to take over the 13th spot overall in the P&Y record book. The world-record nontypical velvet mule deer was killed in Colorado in 2018 by Justin Gordon; that incredible muley netted 326-1/8 inches and is more than 50 inches larger than the second place buck. No matter where Ediger’s buck ultimately places, it’s a giant.