It's nice to able to brag about a one-shot kill, and sometimes it's perfectly warranted. But if you get a second shot, it's often best to take it 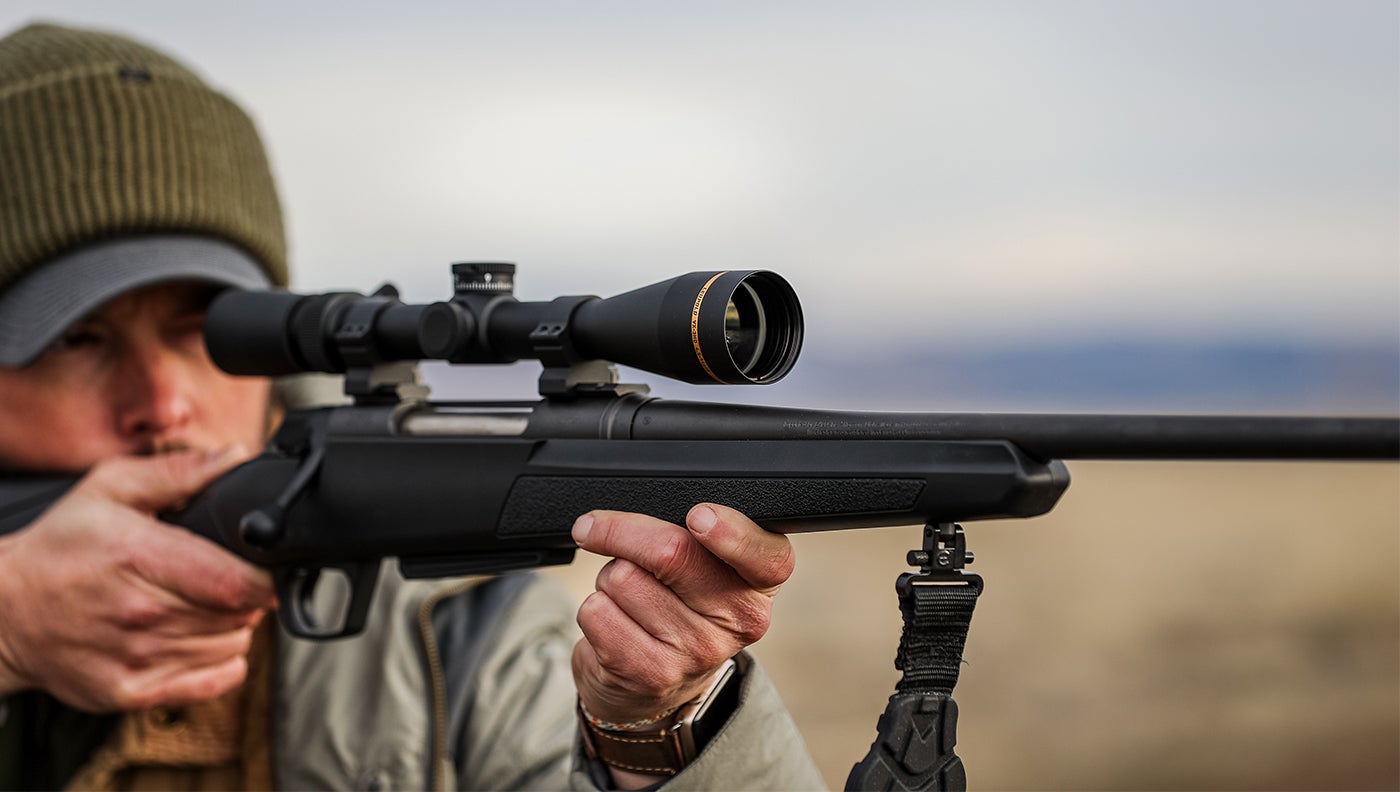 After your first shot, always stay ready to take a follow-up. Leuopold
SHARE

Getting the job done with one shot is one of the “virtues” of hunting. It means your aim was true, and whatever you hit went down with the one bullet, undoubtedly grateful to have his lights put out by such an exemplary marksman. In theory, this is correct: If you do your job and the bullet does its job, your creature should expire instantly, and you can brag about your one-shot kill. The reality is that going for a one-shot kill when two shots are called for involves you writing a check that the animal cashes in suffering.

A hit in the brain drops an animal instantly. A hit in the spine does the same, but may not be fatal. The brain running out of oxygen, such as happens from a lung or heart shot, will bring an animal down, although it may not take effect until some time after the shot. Caliber, or bullet, or bullet placement is no guarantee of anything.

I’ve read that heart-shot game always makes a short, mad dash before dropping. And that gut-shot animals hump up before running off. And that wounded deer always run uphill. This is all nonsense. The only accurate rule is: Anything can happen. I once watched a mortally wounded whitetail doe run head first into a tree and break her neck. I’ve twice seen animals (whitetail and Cape buffalo) try to run between forked tree trunks and get hung up on their withers. I saw a sable bull, shot fatally through the lungs, make a mad dash for 100 yards, stop, run back to the precise spot where he had been standing, and keel over dead. I’ve seen a roan bull take five hits, all fatal, from a .300 Weatherby Magnum at 150 yards and show not the slightest reaction until he collapsed, possibly from the weight of the lead.

Your job always is to save whatever you are shooting at as much suffering as possible. This can be done with a perfect first shot. But why leave anything to chance? If you have a good second shot, it’s often best to take it.

When you shoot, don’t take the rifle from your shoulder. Keep your sight picture and take note of how the critter reacted at the shot, where it ran, if it ran, and immediately crank another shot into the chamber because you may need it. Animals sometimes drop out of sight and then pop up again.

If the animal is on the ground, watch it for signs of life. Very often you’ll see the hooves twitching. They are responding to signals from the brain saying “Get the hell out of here.” They don’t mean anything. However, if you see heaving or thrashing, the next thing you see may be the animal lurch to its feet and run for a couple of hundred yards or a couple of miles. This is a specialty of elk.

When you walk up on a prone creature, you do it from an angle where it can’t see you, because it may be biding its time to get a little payback before it takes the Big Leap. This applies to all game, even the “non-dangerous” varieties. You make your approach with a full magazine and one in the chamber, cocked and locked, safety on, because you don’t know what is going to happen.

To see if the Departed is indeed departed, touch the eyeball with the muzzle of your rifle. If there’s any life left at all, you’re going to get some kind of reaction. If the pupil is dilated and there’s no response, you’re done. If there’s still life, aim the rifle at the chest, right behind the elbow of the foreleg, and pull the trigger.

(My favorite story along these lines comes from a video from PH Buzz Charlton of C-M Safaris. In it, his client shoots an elephant. The pachyderm is lying dead, and the two men are standing next to the carcass exchanging handshakes. Then, quicker than you can say “stomped flat,” old Jumbo heaves to his feet and looks for someone to kill. Buzz grabs his .500 double and drops the beast for real. The client approaches the video camera and, in a whiny, shaky voice says: “I don’t want to do this any more.”)

When to Hold Your Fire

When do you not shoot a second time? When something is running away and has put so much distance between it and you that hitting it would be a miracle. If it’s not wounded, you may shoot it in a non-vital area, and it will live in pain for hours, or days. Or you may get a bull’s-eye and not know it, and not be able to find the blood trail. Hold your fire, and try to pick up the tracks.

If you’re certain you got a hit, keep looking. Wayne van Zwoll once shot a whitetail in Alabama and lost it in the thick brush. But he was certain it was a good shot, so, starting at mid-morning, he looked all the rest of that day, paused when darkness fell, started again at daylight, and found it well into the second day. Wayne is a hunter of uncommon skill and determination.

But that is not the point of this article. The point is, if you are always ready to take a second shot, you can often save yourself and the animal a lot of trouble by taking it. There are no second acts in American life, it is said, but there are second shots in hunting, and it behooves you to know how and when to use them.