Have You Ever Seen a 7-Spurred Turkey? 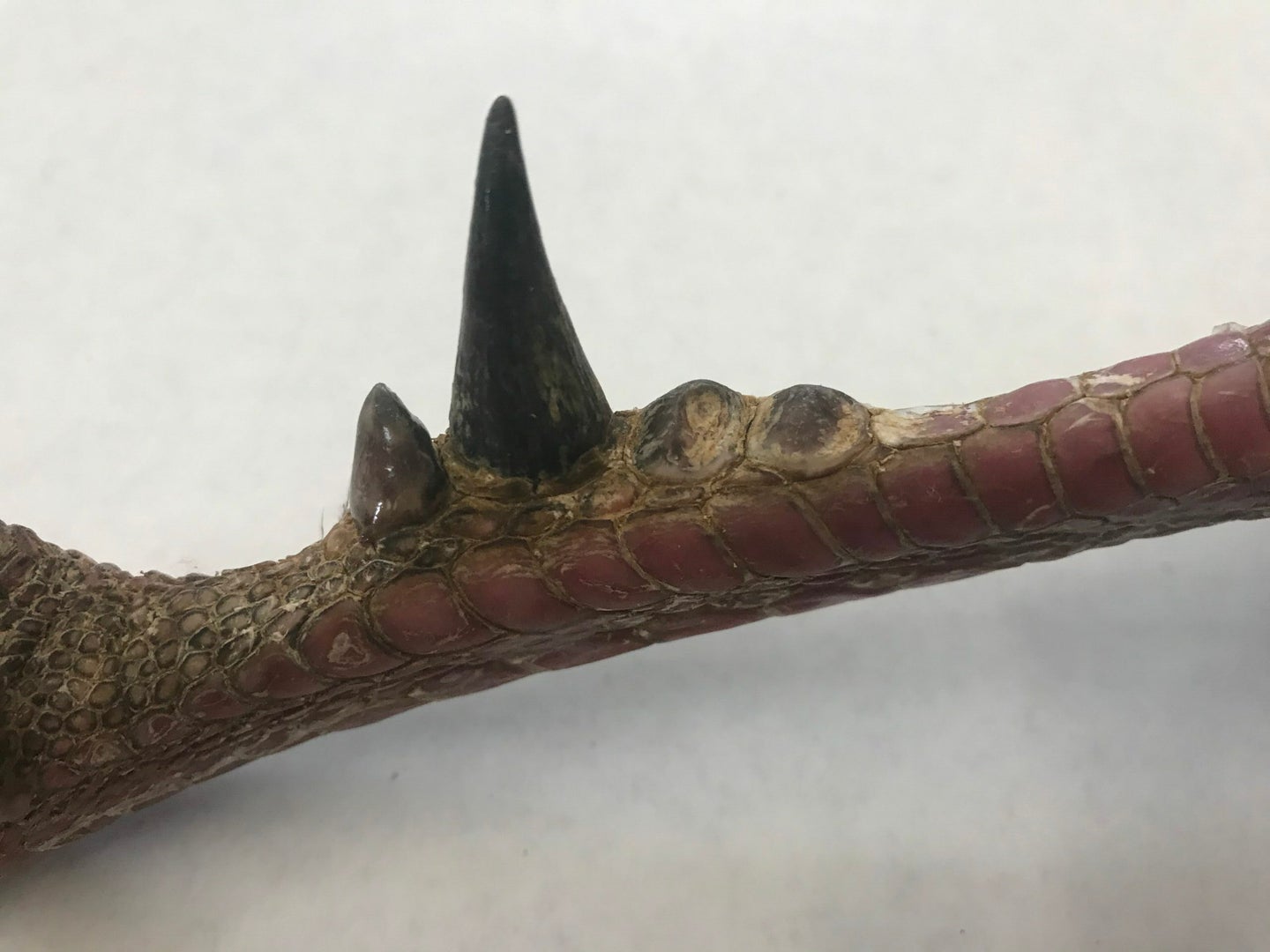 Montie Halteman had a history with an interesting Pennsylvania turkey. After chasing the bird for three seasons, he finally put a plan together that led to his cousin, Kenton Halteman, wrapping a tag on the wise old gobbler. To their surprise, the tom had a double beard, and each of his legs hosted multiple spurs.

“I say it’s a seven-spurred turkey,” Montie says. “There are four on the right leg and three on the left. Four of the spurs are really obvious. The rest compare to jake spurs. You can’t argue about six of them. The seventh is there, but not as distinct.” Montie says that the gobbler also had a 10½-inch main beard and a 6-inch second beard. “The main beard is real thick. The second one is about as big around as a regular wood pencil.”

Montie roosted the gobbler on a Friday night, but when Saturday morning arrived, the old bird didn’t give him or his cousin a single gobble from the roost. “Even though he wouldn’t gobble, I told Kenton he had to be there,” says Montie. “Finally, we heard a hen yelp, so we knew turkeys were around. Then I heard him fly down. We’d set up about 80 yards from his roost.”

Once the birds were on the ground, the duo moved up 30 yards to see the gobbler and three hens in a field. The gobbler was in full strut. Montie and Kenton looped around about 125 yards and set up on the opposite field edge. “Last year, he was out in the same field in full strut,” says Montie. “His head was brilliant. Full of color. I yelped at him, his head lost all its color, and he sprinted in the opposite direction. This year, I just let him come. At 35 yards, I called once. He broke out of strut and Kenton put him down.”

The hunt took place near Newville, Pennsylvania. The seven-spurred bird is being full-body mounted at Outback Imagery Taxidermy in York Springs.